Space showed FOX 2 designs calling for a sunken stadium adjacent to the historic landmark. Much of the area is currently used as a parking lot. But the street that backs up to it might ring a bell.

“We’ve kind of been interested in this idea of developing Clark as the greatest sports street in America,” Clagett said. “You get three stadiums located around it and all the amenities that come with that.”

In essence, Clark would become the sports corridor for St. Louis. Clagett added the density of the area makes it ideal for the massive infill project.

But why not the North Riverfront, the site of the proposed NFL stadium?

“One thing of a soccer stadium is that it’s maybe half the footprint of an NFL stadium. So it can fit places where an NFL stadium can’t,” he said. “This has the opportunity of coming through an iconic train station, that thousands of thousands of people have come and gone from before. So it serves as this great entrance. And then you’re in there for an event. And then you’re connected to downtown.”

The MLS stadium designs were initiated by the firm about two years ago, and were recently introduced following the Rams departure from St. Louis. 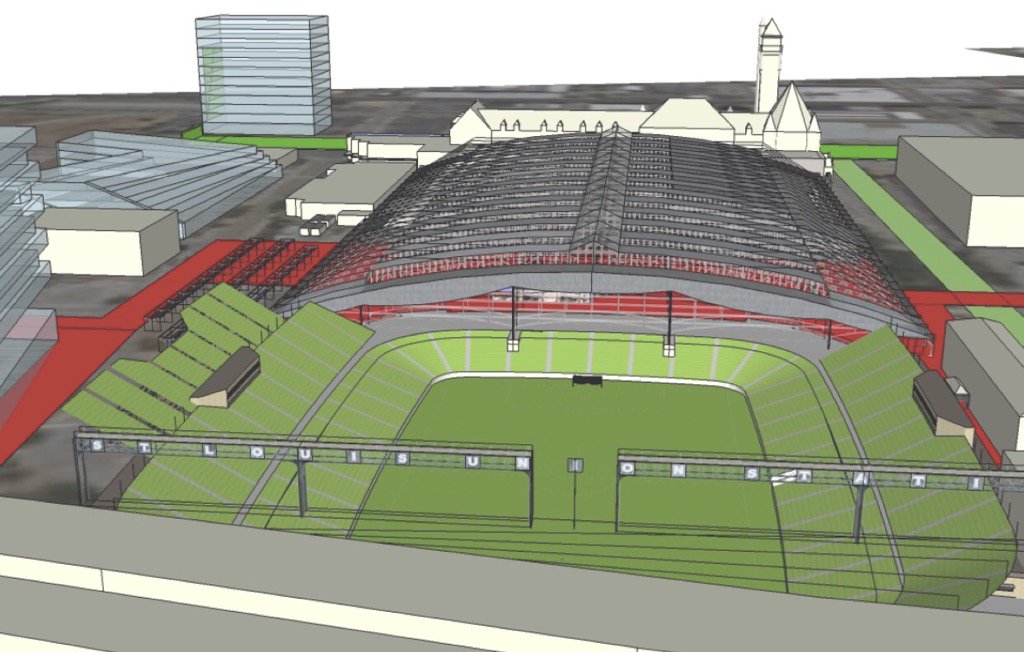 Teenager dies from fall while hiking in St. Charles …