KANSAS CITY, Mo. – Authorities say an autopsy has found no signs of foul play in the death of a man whose body was found in a freezer in his wife’s bedroom inside the couple’s southwest Missouri home. 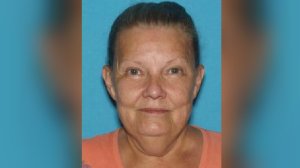 Joplin police say the autopsy also confirmed that the man was Paul Barton, whose wife, 67-year-old Barbara Watters, is charged with abandonment of a corpse. The body was found last week after a witness told police that Barton’s body had been in Watters’ freezer since his death on Dec. 30, 2018. No details were provided about how the witness knew the couple.

No charges have been filed in Barton’s death. Police said before Watters’ arrest on Thursday that she has unspecified “mental disorders” and is known to carry firearms.

Police say the investigation is ongoing.