O’FALLON, MO (KTVI) – Police want to know if Pam Hupp was looking for other potential victims before she allegedly lured a man with disabilities, shot him and reportedly planted fake evidence.

Investigators are focusing on homes and businesses near where they believe Hupp tried luring a different woman six days before her alleged plot.  We are not disclosing the location because people in the neighborhood are concerned for their safety.  In addition, the woman who police think was a possible target of Hupp’s declined to talk on camera, in order to protect the integrity of the investigation.

O’Fallon, Missouri Police put out a request for surveillance at other homes and businesses nearby to follow up on what Chief Roy Joachimstaler said in Tuesday’s news conference.  He said, “We would also ask if anybody out there was approached by Pamela Hupp to give us a call.”

Donna Hausmann said, “I seen him sitting in his red chair he always sat in.”

Jeff Schmidt added, “He would sit in his red chair and smoke and drink coffee and whoever was out, would come.”

They remember him walking his son to the bus at about 8:38 am that Tuesday morning.  Neighbors looked forward to drinking coffee with him every day around that time.

Schmidt said, “He was a good hearted person.”

Hausmann added, “I didn’t know him long but I have a good feeling for people and so much of us cared about him in a short time.”

No date yet on Hupp’s arraignment, which was delayed after she reportedly stabbed herself in the neck and wrists with a pen.

A friend of the family of Louis Gumpenberger set up the following GoFundMe page to help pay for funeral expenses. https://www.gofundme.com/28snhj44 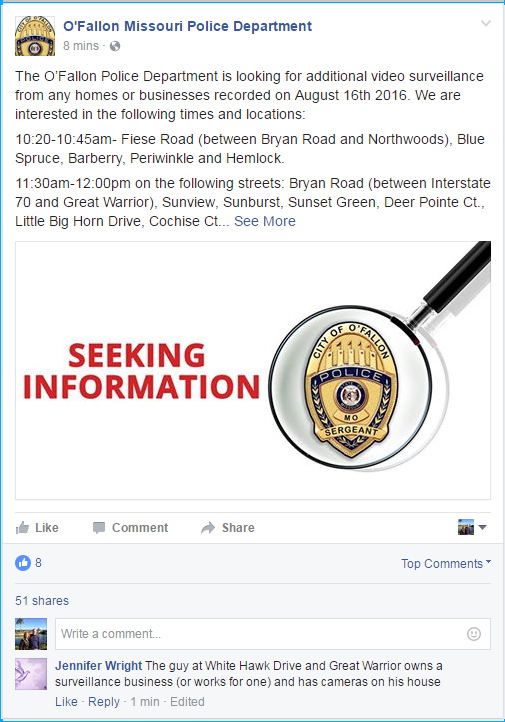 O’FALLON, Mo. – In the past couple of weeks, the O’Fallon Police Department has had five police pursuits, and the chief said you can expect more.

Federal funds coming to St. Louis will be used to address opioid crisis

"It's about public safety and we have to address the opioid crisis because lives are lost every day," said St. Louis Circuit Attorney Kim Gardner.

ST. LOUIS – It’s a third day of travel headaches for many Southwest Airlines flyers. Wednesday marked the third day in a row the airline had technology issues that resulted in cancelations or delays.

On Monday, the airline dealt with third party weather data issues and Tuesday, the airline asked the FAA to use a nationwide ground stop while it tried to fix more technology issues. The issues continued to impact travelers nationwide Wednesday.

Federal funds coming to St. Louis will be used to address opioid crisis