***Warning*** Some may find the language in this video offensive 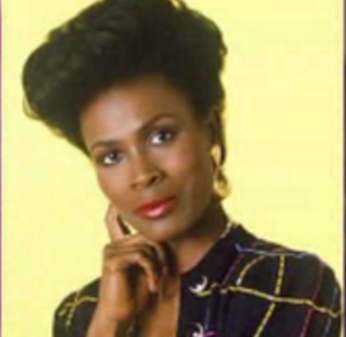 Hubert is best known for her role as the original “Aunt Viv” on the 90’s sitcom, the Fresh Prince of Bel-Air. She was let go in 1993. She and actor Will Smith have had a history of feuding since the spit.

“First of all, Miss Thing. Does your man not have a mouth of his own with which to speak?”

“At the Oscars…people of color are always welcomed to give out awards…even entertain. But we are rarely recognized for our artistic accomplishments. Should people of color refrain from participating all together?”

But it was Pinkett Smith’s Facebook video that sparked the recent backlash.

In We must stand in our power, Pinkett Smith pleas for people of color to recognize how much power and influence they have. She is urging other actors and actresses to pour their resources into the African-American community.

“Have we now come to a new time and place where we recognize that we can no longer beg for the love, acknowledgement, or respect of any group?” Maybe it is time that we pull back our resources and we put them back into our communities…into our programs…and we make programs for ourselves that acknowledge us in ways that we see fit that are just as good as the so-called ‘mainstreams.’

Begging for acknowledgment or even asking diminishes dignity and diminishes power. We are a dignified people and we are powerful. And let’s not forget it.”

However, Hubert was not impressed. In her 4:08 Facebook video titled, To the Smiths, Hubert says there are a lot of things going in the world that the Smith’s don’t seem to recognize.

“People are dying, our boys are being shot left and right, people are hungry, people are starving, people are trying to pay bills — and you’re talking about some expletive actors uh…and…Oscars.”

She seemed appalled that the couple is asking other actors and other ‘blacktresses’ and black actors to jeopardize their career. Hubert finds it ironic because she says the Smith’s have made their living and millions of dollars from the very people they’re wanting to boycott.

It’s the second year in a row where no African- Americans were nominated in the four acting categories.

Pinkett Smith says people can only treat us (minorities) in the way in which we allow.

Oscars president ‘heartbroken and frustrated’ about lack of diversity

Vaccinated? Here’s how to score some freebies