Skip to content
Breaking News
Breaking News
Map of St. Louis area COVID-19 cases – MO: 789deaths/ 14,057 cases IL: 5,736 deaths/ 124,759 cases.
This is an archived article and the information in the article may be outdated. Please look at the time stamp on the story to see when it was last updated.

UPDATE: The precautionary advisory to boil consumable water has been lifted for Maplewood, Shrewsbury, and portions of Webster Groves. The order was issued after a water main break.  Sub-zero temperatures are in the forecast. That may mean more water main breaks.

ST. LOUIS COUNTY, MO – A water main break has about 5,000 St. Louis County Missouri American Water customers under a precautionary boil advisory Sunday morning. The customers that should boil their water before drinking live in Maplewood, Shrewsbury and a portion of Webster Groves. A map of the area affected is posted below.

Missouri American Water says the water main break is causing low pressure. Crews are working the break now and hope to have it repaired this afternoon. The advisory affects approximately 5,000 customers, a mix of residential and commercial, as well as multiple schools.

Water for these customers will need to be brought to a boil for 3 minutes prior to consumption, until further notice. Tap water is okay for washing, bathing and other non-consumable uses during this period.

The entire Maplewood Richmond Heights School District will be closed on Monday, January 28. A water main break in a St. Louis County main line has prompted an order that all water be boiled before consumption in Maplewood and some surrounding areas. It is possible that the break will be repaired today, but test results on the water will NOT be available today. Again, the MRH district will be closed on Monday, January 28.

Map of the area under a precautionary boil advisory: 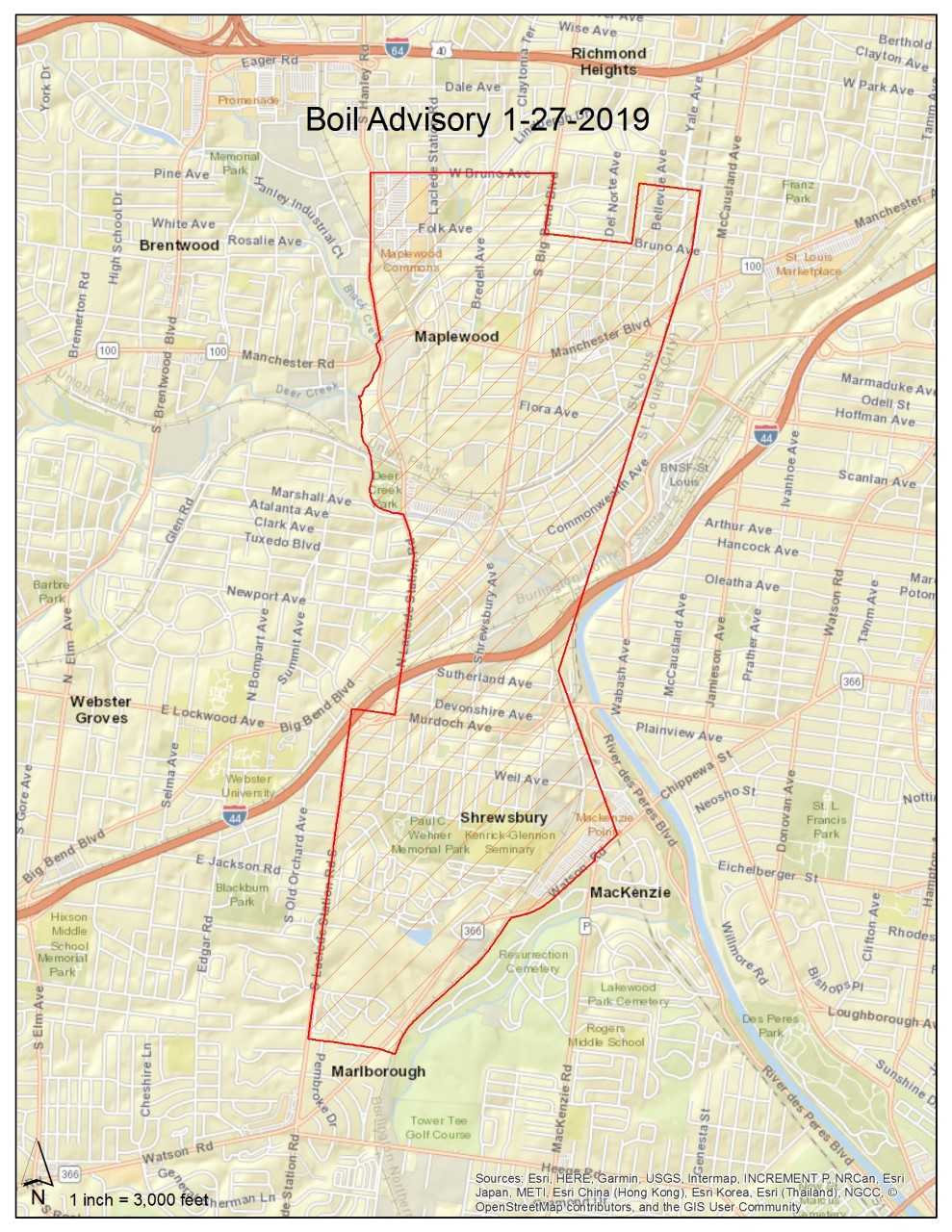 FREDERICKSBURG, Va. (AP) — A 176-year-old slave auction block has been removed from a Virginia city's downtown.

The 800-pound stone was pulled from the ground at a Fredericksburg street corner early Friday after the removal was delayed for months by lawsuits and the coronavirus pandemic, The Free Lance-Star reported.

CNN partnered with "Sesame Street" for a special town hall about racism, giving both kids and parents an opportunity to explore the current moment the nation is living through and to understand how these issues affect people.

"Coming Together: Standing Up To Racism" aired Saturday morning and left no stone unturned -- discussing everything from how to fight racism when you see it and who to call when police officers are being unsafe.

"On June 3, the French armed forces, with the support of their partners, neutralized the emir Al-Qaida in the Islamic Maghreb (AQMI), Abdelmalek Droukdal and several of his close collaborators, during an operation in northern Mali," Parly wrote on Twitter.

‘Shades of Black’ and other toddler books celebrate black families