Update:  The mule has been found

FENTON, MO (KTVI) – There is a most unusual search underway in southwest St. Louis County.   A mule has been missing since Saturday in the Forest 44 Conservation Area, and her owner has been walking miles a day on paths in the park trying to find her.

Alicia Baker has spent a lot of time on her feet. She would normally be aboard her mule, Zero, as she had been on Saturday. She and her husband had stopped for a break when a deer popped out.

“One hopped up about six-foot from us that had been laying down, and my mule spun around and took off,” she said.

Zero, who is solid white, burst into the woods, with Alicia trying to catch her. She would be seen just one more time, by a family on a path later that night. The way she behaved would indicate anyone finding her has little to be worried about.

“They said they seen her,” Baker said. “She walked up to them and they said they petted her and she followed them about twenty minutes and then stopped to eat grass.”

The Kraus Equestrian Farm is adjacent to the Forest 44 area, and they can offer some reason for optimism. This has happened before with their horses, and they’ve found them.

Kraus says there is a concern that Zero, who is still wearing her saddle, could have gotten caught up on branches. That could be dangerous, but absent such a problem, she’s likely doing fine.

“Mules are a little more independent,” Kraus said. “They really don’t need anybody. They’re very self-sufficient. They are a lot smarter.

“She’s not from here. So she’s trying to figure out her whereabouts…You’ve got good forridge out there, so she’s grazing. There’s ample water, so she’s doing what she’s meant to do.”

Riders from Kraus have been keeping an eye out for Zero, and conservation workers have been searching the area, which Missouri’s conservation department owns, as well. They tell us just on the trails, there’s a lot of ground to cover.

“Walking it would take all day, at least, probably longer. We were on a piece of machinery yesterday and it took pretty much all day,” Nick Bommarito, a department employee who took part in the search told us.

At this point, people are keeping their eyes peeled, and Baker is holding out hope her beloved Zero will turn up.

“The horse community has been absolutely wonderful helping us,” she said, her voice choking up. “ Kraus farms has come out. I hope so.” 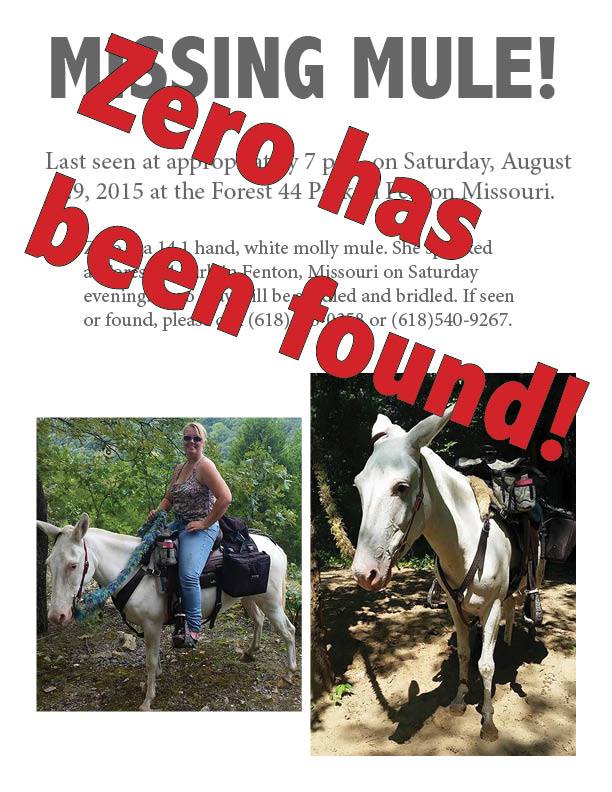 ST. LOUIS, Mo. - A week from today the Emerson Children's Zoo at the Saint Louis Zoo will be closing its doors to visitors. The zoo was already planning to re-develop the area but the pandemic moved up their schedule.

It's been back open in recent months after closing down at the start of the pandemic. Unfortunately, many of the hands-on and interactive experiences that children have come to know and love over the past 50 years were unable to continue in the COVID era.

ST. LOUIS, Mo. - The economic fall-out from Missouri's COVID crisis has put an intense strain on the state's unemployment system. The St. Louis Post-Dispatch reports that in April 2019 more than 240,000 calls went unanswered by the Missouri Unemployment Office.

The agency which has seen a nearly 40 percent cut in staffing over the past seven years was forced to pull in workers from other departments to handle the volume.

Missouri is now ranked 10th in the country for the highest number of transmissions. Illinoisans anticipate new restrictions on indoor dining and bars as the number of cases surge.

Woman charged after trying to ‘teach children a lesson’ by driving car with them on roof in Marion County, officers say