Skip to content
Breaking News
Breaking News
IL: 5,330 deaths/ 118,917 cases; MO: 771 deaths/ 12,962 cases. List of St. Louis area coronavirus disruptions
Watch Now
Watch Now
Live video of News 11
This is an archived article and the information in the article may be outdated. Please look at the time stamp on the story to see when it was last updated.

ST. LOUIS COUNTY – Thieves pretending to be customers steal and drive off with a boa constrictor.

“The entire box, the whole cage and took it,” said owner James Brumley about the Sunday theft.

Brumley said the two women posing as customers first inquired about a particular pet. “The girl (employee) was here by herself so she had to go the other room to get it,” explained Brumley.

Brumley said that’s when the two women saw an opportunity and went through with their plan to steal the boa while in its cage before driving off with the reptile.

“The girl that was working said that as she realized they grabbed it and came outside as the car drove off and heard someone scream,” Brumley said. That’s because he believes the boa may have bitten one of them.

“There’s some justice there,” he said, “this particular one is real aggressive.”

Brumley said the store has had its share of thefts but most of the thieves are caught thanks to these cameras.

A fire inside of the center back in November put the technology out of commission while forcing him to move a lot of the animals into a small trailer.

“It’s upsetting because they hit a place that’s so small,” said Brumley, “and a lot of times we struggle to keep things going as it is.”

Brumley said the reptile community runs pretty small so if anyone happens to come across the thieves handling the reptiles, please call the center at (314) 631-7272 or contact St. Louis County Police who confirm that a report has been filed. 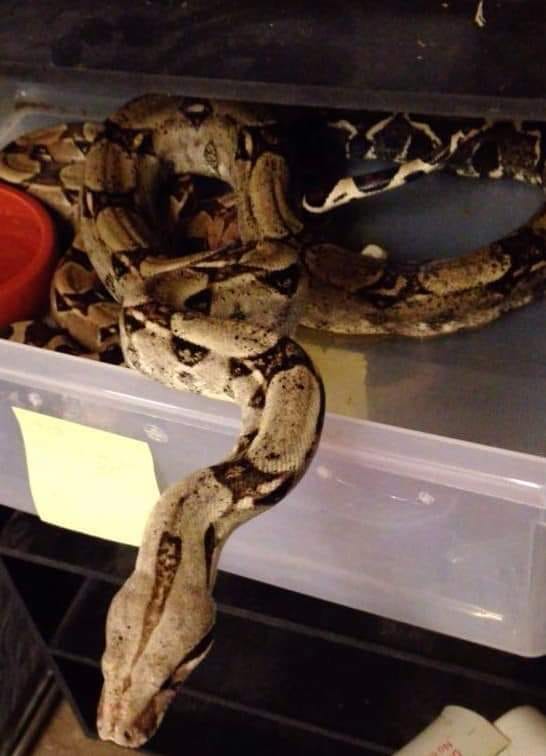 CLEVELAND (WJW) -- The “I Can’t Breathe” Justice for George Floyd protest turned violent. Protesters have stormed the streets of downtown, thrown items at officers and vandalized city property and businesses.

The protest was organized by Black Lives Matter Cleveland in response to Floyd's death. Floyd died while in Minneapolis police custody, sparking demonstrations across the country.

Akron Mayor Dan Horrigan addressed the crowd expressing his anger at the situation. He also encouraged the protesters to be peaceful.

COLUMBUS, Ohio (WJW) -- Governor Mike DeWine has activated the National Guard to assist law enforcement in Columbus as protests over the death of George Floyd continue to escalate.

He shared the update during a press conference on Saturday where he was joined by Columbus Mayor Andrew Ginther, Police Chief Thomas Quinlan and General John Harris of the Ohio National Guard.