ST. LOUIS, MO (KTVI) - A construction worker in his 60's was rushed to a local hospital Tuesday morning after the roof of a park pavilion collapsed in Tower Grove Park.

The accident happened near the intersection of South Grand and Magnolia.

A tweet from St. Louis firefighters said the worker was injured but not trapped.

The man was replacing a joist in the pavilion roof when he fell 15-feet to the ground. The roof then collapsed and fell on top of him.

Co-workers say the man fell fifteen feet onto the concrete ground injuring his head, but say his injuries did not appear to be life threatening. 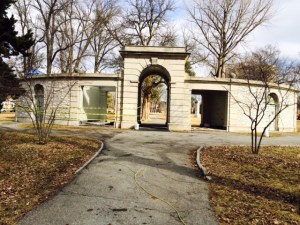