Skip to content
Breaking News
Breaking News
Map of St. Louis area COVID-19 cases – MO: 1,083 deaths/ 27,890 cases IL: 7,193 deaths/ 154,799 cases.
Watch Now
Watch Now
Live video of News 11
This is an archived article and the information in the article may be outdated. Please look at the time stamp on the story to see when it was last updated. 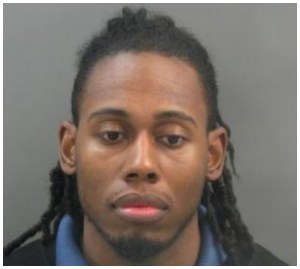 HAZELWOOD, MO (KTVI) - The Major Case announced a suspect has been charged in the murder of 19-year-old Taylor Clark. 24-year–old Michael Gordon is charged with 1st degree murder and 1st degree assault.  Investigators say Gordon shot Clark once.  Police did not release details about a motive but did say the shooting centered on a Craigslist ad posted by Clark.

The SIU-E college student was trying to sell his car.  Police say Gordon was an employee of the truck driver training company where Clark was murdered.  They say he Gordon committed the murder on his lunch break, tried to hide the victim’s body and then went back to work.

Earlier in the day friends of Clark spoke about how much they missed him.  Friends called him a sweet, caring person.  SIU-E students painted his name on a well-known rock in the center of the campus.

“It’s sad just to think that that can happen,” said one student.  “It puts your life into perspective.”

As of Wednesday night, the Major Case Squad had not recovered the weapon that was used.  They were still looking for Gordon’s vehicle, a red 1990 BMW 325i with a Missouri license plate number FL3Z9K.

Anyone with any information about the case is asked to contact the Major Case Squad at the Hazelwood Police Department. The number is 314-513-5225.

A memorial fund has also been established for Taylor Clark. You can find it at http://www.gofundme.com/tw2tw74

Ventura County Sheriff’s officials confirmed at an afternoon news conference that the body that search crews found floating in the northeast corner of Lake Piru earlier in the day was the 33-year-old Rivera.

Investigators say 28-year-old Stormy Delehanty allegedly stabbed her husband to death last week in Deerfield Township, according to WDTN. His body was found by a relative on Monday evening, July 6. It is not clear when the stabbing happened.

On July 1, Newsom ordered many counties to close bars and indoor operations at restaurants, wineries, zoos and family entertainment centers like bowling alleys and miniature golf.