JEFFERSON COUNTY, MO – The Jefferson County Sheriff Office has announced the arrest and charging of 24-year-old Caleb Schanz of Pevely, MO.  Schanz has been charged with robbery, assault, burglary, armed criminal action and unlawful use of a weapon in the home invasion of a residence near De Soto on December 19th. 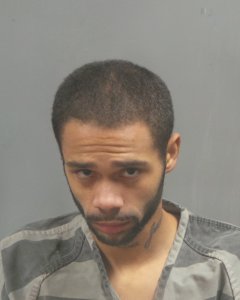 In that robbery, Schanz is accused of storming into the home located in the 3600 block of Glenview with accomplices and shooting one person in the leg, while grabbing another victim by the hair and putting a gun to their head.

The other suspects ransacked the home for money and other valuables.

Schanz is being held in the Jefferson County Jail without bond.

Tracking the virus: The number of COVID-19 cases in the United States hit 431,838 at the time of this writing Wednesday evening, according to Johns Hopkins data. This is more than twice the number of cases in Spain, the country with the second most coronavirus cases.

CHICAGO (NEXSTAR) – One person who attended a birthday and a funeral in Chicago earlier this year likely left 16 people infected with coronavirus, three of whom died, according to a Centers for Disease Control and Prevention study.

The gatherings happened about three days apart, before social distancing policies were implemented. The cases (seven confirmed and nine probable) range in age from 5 to 86 years old.