Skip to content
Breaking News
Breaking News
Map of St. Louis area COVID-19 cases – MO: 1,022 deaths/ 22,283 cases IL: 6,951 deaths/ 144,013 cases.
Watch Now
Watch Now
Live video of FOX 2 News
This is an archived article and the information in the article may be outdated. Please look at the time stamp on the story to see when it was last updated. 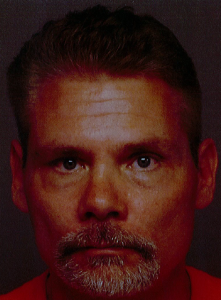 The valuables include a watch valued at nearly $8,000, an iPhone, and a diamond wedding ring.

While some criminals resort to clipping door locks, police said Dierker took the crime to another level. The pictures show the door removed from the hinges.

Dierker now faces felony stealing charges for the incident, which police say took place in May.

Club Fitness members saw the pictures and were surprised to hear about the incident, saying the gym is safe.

But member Chad Heidtman said he does not take chances with theft.

“I guess I’m shocked to hear that all that stuff was even in a locker here,” he said. “I don’t bring anything here. I go home and change before coming here.”

Rock Hill Police advise anyone working out at a fitness club to either keep their valuables on them, or leave them at home. Even leaving purses inside a car can subject someone to a potential breakin, Rock Hill Det. Sgt. Kevin Clinton said. He added it is important to always remain alert.

“If you`re in a club and you`re working out, pretty much you run into the same people because you usually have a pattern because you`re coming in at the same time. If you see something that doesn`t look right, go to the desk and talk to them about it,” Det. Clinton said, shortly after the alleged incident happened.

Dierker is in custody and is awaiting a court appearance, Rock Hill Police said.

It's the first day of a three-week summer camp at Busch Stadium to get the players ready for their 60-game season. Manager Mike Shildt is set to give a pep talk before the workouts begin. Shildt told FOX 2 he has a plan.

In celebration of the 4th of July, the Smithsonian Magazine just released a new project that reimagines historical figures through the eyes of their living descendants. As the 6th great grandson of President Thomas Jefferson and his slave Sally Hemings, Nexstar (CW39) news anchor, Shannon LaNier, decided to participate and give you a behind the scenes sneak peek.

DAPHNE, Ala. (WKRG) -- The festival poster art for the 32nd Annual Jubilee Festival of Arts features the work of Ricky Trione. The local artist is well known along the Eastern Shore for his sea life scenes and the inspirational story of how he overcame his disability of being blind to learn how to paint and teach others.

See news release below issued by The Eastern Shore Chamber of Commerce.

Money Saver: Up to 70% off name brand clothing at 6PM online

Understanding the mask mandate before it goes into effect Friday