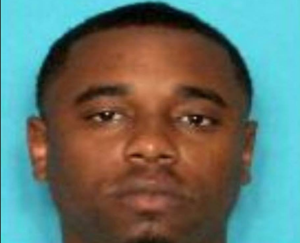 MEMPHIS, Tenn. (AP) _ Police in Tennessee say a teenager has been charged with kidnapping after a car with a baby girl inside was stolen outside a Memphis restaurant.

Memphis police said on its Facebook page that 18-year-old James Williams was charged Sunday with kidnapping and theft of property.

Williams was being held in the Shelby County Jail. Jail records didn’t indicate whether he has an attorney.

The 10-month-old infant appeared unharmed when she was found Saturday morning, hours after an Amber Alert was triggered. Police say the baby apparently spent the night in the car and was found in a residential area.

Police say the car was taken when the girl’s mother went into the restaurant to pick up an order and left her car running.

Baby and mother have been reunited.

LAYTON, Mo. - Back to school safety during the COVID-19 pandemic was the main topic of discussion for educators and top health officials in Jefferson City. St. Louis County executive Dr. Sam Page is holding holds his regular COVID-19 briefing at 8:30 am at the county administration building.

Everyone seems to agree that there is not a one size fits all concept for reopening schools across Missouri. The debate is on whether it's safe for kids to return to the classroom or whether virtual learning is a better option at least for now.

ST. LOUIS - Missouri lawmakers are stepping back to carefully evaluate each section of Governor Parsons's anti-crime package. The bill has all six provisions Parson wanted, which he says will reduce crime in the state.

The Missouri Senate passed the anti-crime package last Friday with a 27 to 3 vote– leaving it in the hands of the house.

(KTLA) -- Seventeen years after Dr. Ramen Chmait helped save the lives of twins Aspen and Ashley Somers, he discovered they were accepted to the University of Southern California, where he now works.

"We just want to say thank you because you saved our lives and helped us get to where we are today," Aspen Somers, 17, said to the doctor over a Zoom call Tuesday. "Without you we probably wouldn’t exist."

Outcry over bill that would allow child marriage in Somalia