CLAYTON, MO (KTVI)- The St. Louis County Police Department released photos that were collected at the scene where two police officers were shot early Thursday morning in Ferguson. The two officers sustained non life-threatening injuries. They were listed in serious condition before being released from Barnes Jewish Hospital. Shortly before 1a.m., a 41-year-old St. Louis County police officer was shot in the shoulder. A 32-year-old Webster Groves police officer was shot in the face.

There are no suspects at this time.

Anyone with information about the shooting is urged to contact CrimeStoppers at 866-371-TIPS. 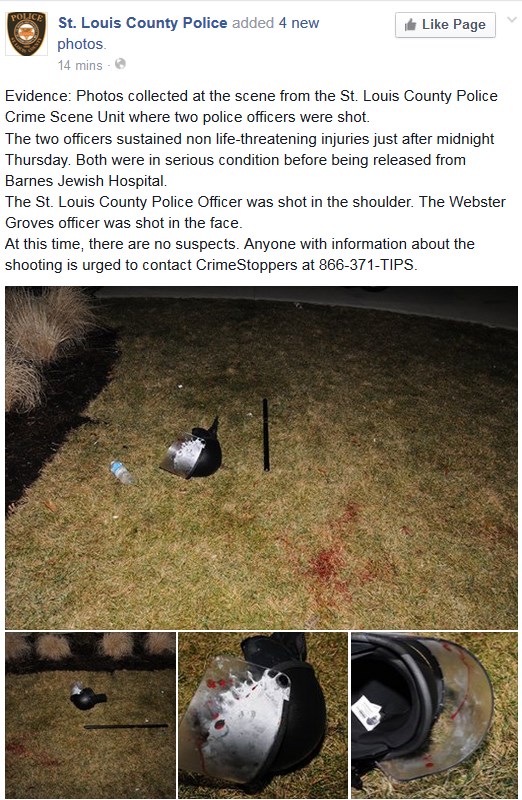 With recreational marijuana coming, concerns over …