ST. LOUIS (KTVI) – The 19-year-old suspect killed in a shootout with police over night was under investigation for a string of increasingly violent crimes. Law enforcement sources believe George P. Bush the third knew police were closing in on him. The dragnet may have prompted him to fire shots at a St Louis City police officer waiting for the traffic light to change at Hampton and Pernod.

Acquaintances say Bush once attended the now closed Construction Careers Academy, a charter high school in St. Louis City.  Bush is considered a prime suspect in a string of crimes running from Fenton to I-55 near Loughborough.

The first under review is the high-profile murder of Maggie O’Brien’s restaurant co-owner Patrick McVey. That happened while McVey was driving south on I-55 November 9. Sources say that may be a stretch to link Bush to that crime.

Two days later a woman on the Denny’s parking lot in Fenton was robbed and shot. Police want to know if Bush was responsible for that crime. This weekend a shooting and a carjacking in Marborough, in south St. Louis County, raised questions as to whether George Bush was responsible. City police located the body of 52-year-old Joseph Hultz in a burned vehicle Saturday in the 500 block of Poepping.

That crime could also be linked to Bush.

And adult acquaintance said she was having difficulty believing the reports because they were out of character for the teen she once knew. However, she did say his Facebook postings had increasingly shown signs of depression.

When police say they are looking at him for multiple possible other crimes, some of it is because of proximity.  This map shows some of those cases and locations: 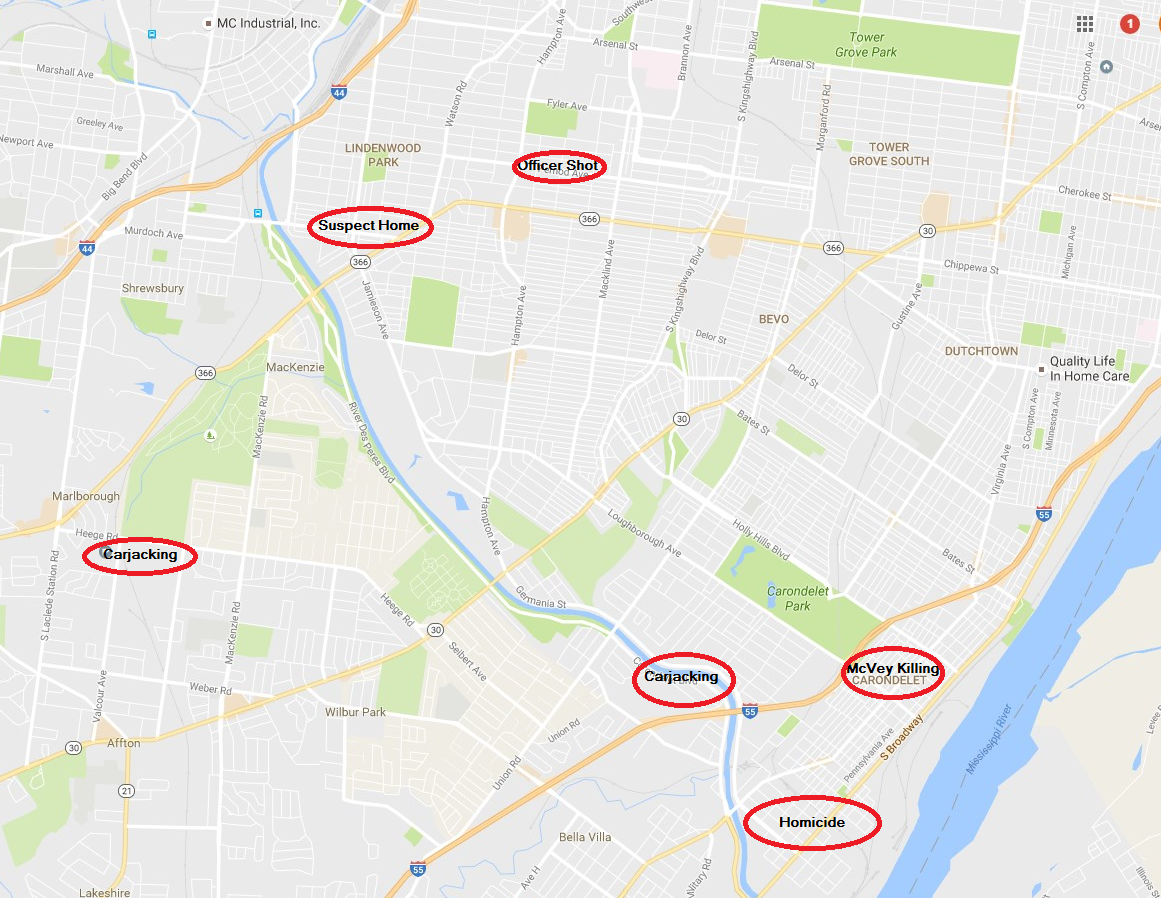 Jagger said he and his bandmates enjoyed exploring the city and went to Crown Candy Kitchen, the Gateway Arch, Ted Drewes, and the City Museum.

ST. LOUIS-- Orthopedic surgeon Dr. Jody Jachna joined FOX2's Dan Gray for this month's Ask the Expert. They discussed myths and facts about replacement surgery as well as things like how effective replacement surgeries are, when surgery is beneficial, and what recovery times look like.

You can learn more about orthopedic surgical options with Dr. Jachna at www.ssmhealth.com/orthopedics.

SPRINGFIELD, Mo. -- While a Springfield woman deals with COVID-19 complications in her family, she's being rewarded for getting the vaccine.

Drawings have continued for the state's COVID-19 vaccine incentive program.

What are the odds of winning tonight’s $545 million Powerball drawing?

With moratorium over, St. Louis sheriff now free to carry out evictions

Where is Brian Laundrie? Here is where John Walsh says tips lead