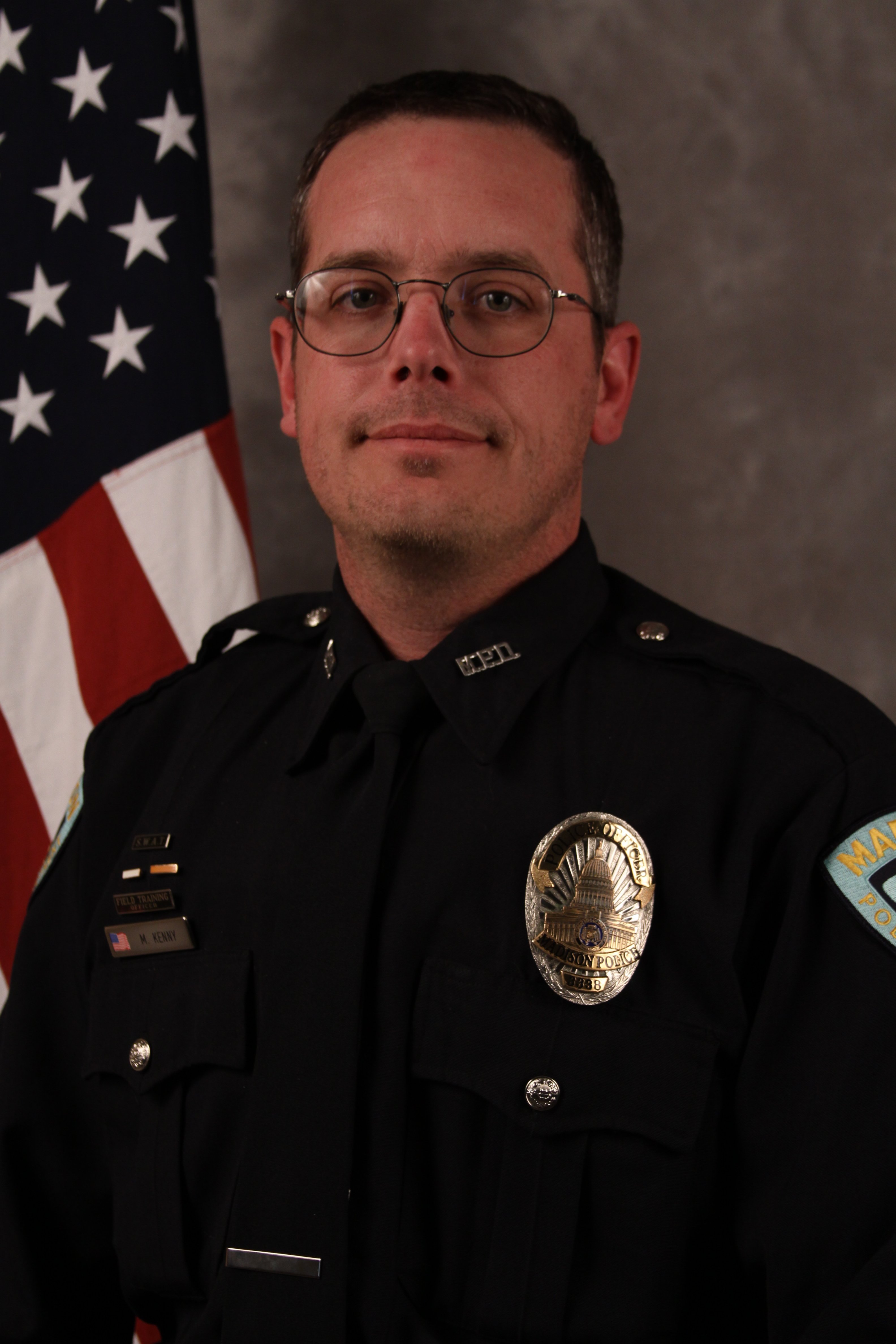 WISCONSIN– For the second time in his career, Madison, Wisconsin, police Officer Matt Kenny is being investigated for using lethal force.

But the cases and their circumstances are different, very different.

Friday’s death of Tony Robinson, an unarmed biracial 19-year-old, has made Madison the latest epicenter of protests of black males killed by white officers.

Eight years ago, it was a different story. Kenny shot and killed a man who pointed a pellet gun at him.

He was exonerated of any wrongdoing and received a commendation. The dead man was white.

It started as a 911 call. The caller reported a man with a gun on his front porch.

What the dispatcher didn’t know was the man that Ronald Brandon was talking about was himself.

Three officers rushed to the scene, including Kenny. They knew they were facing a potentially life-threatening situation.

They were unaware that Brandon’s ex-wife, Susan, was also calling 911.

As she talked to the dispatcher, the squad cars arrived outside.

“I think he called you because he wants to end his drunkenness,” Brandon said. “I hear the sirens coming. Jesus criminy. It’s not a real gun. I think he wants to be taken away.”

The officers never learned that the weapon Ronald Brandon pointed at them was a pellet gun. The call with that information came 40 seconds before they arrived.

Investigators ruled the shooting a “suicide by cop.”

For his handling of the incident, Kenny was awarded the medal of valor, the department’s highest honor.

Because Robinson did not have a weapon, his death spurred memories of other unarmed black men killed by police: Michael Brown in Ferguson, Missouri. Eric Garner in Staten Island, New York.

Over the weekend, protesters filled streets in Madison. On Monday, demonstrators packed the Wisconsin State Capitol. They chanted and carried a banner with a familiar message: “Black lives matter.”

The incident started Friday night when authorities got a call that a black male was yelling and jumping in front of cars, Madison Police Chief Mike Koval said.

When Kenny went to the apartment where the report came from, he heard some commotion and forced his way in, Koval said.

“Once inside the home the subject involved in this incident — the same one allegedly out in traffic and that had battered someone — assaulted my officer,” Koval said.

After that, according to the chief, “The officer did draw his revolver and subsequently shot the subject.”

Kenny has been placed on paid administrative leave pending an investigation.

“It’s a stressful period for him and his family, but he also understands that a family here has suffered a tragic loss and he understands that there has to be an investigation,” said James Palmer, executive director of the Wisconsin Professional Police Association.

Under Wisconsin law, officer-involved shootings are investigated by an outside agency, in this case the Division of Criminal Investigation. Once the division completes its investigation, the report will go to the local district attorney, Koval said.

Palmer declined to comment on the ongoing investigation, but said there are some circumstances when an unarmed person could still be seen as posing a deadly threat to a police officer.

“The real fear for any officer when he’s being attacked, generally speaking, is that their weapon will be taken away,” Palmer said, “and an unarmed individual can become armed very quickly.”

Concern is a word often used by the police chief as the investigation continues.

Kenny, 45, is a 12-year veteran of the Madison Police Department.

Koval calls him “a very conscientious dedicated public servant,” but acknowledges that a second shooting in eight-year’s time is, well, concerning.

“Any loss of life is very tragic,” the chief said. “Twice is concerning for anyone. We are concerned for him and the community.”

And the community is looking for its concerns to be addressed.

Hudspeth, Culberson and Jeff Davis counties are reporting response rates in the teens, while Presidio County has one of the lowest rates in the nation at 7.3%, according to the 2020 Census website.

TIJUANA (Border Report) -- Nurse Silvia Rosas Saucedo and other health care professionals in Tijuana have been notified by the Grand Hotel Tijuana that it's time to vacate.

The hotel and others have been housing them free of charge ever since Rosas' story made headlines around the world.

ST. LOUIS - St. Louis Mayor Lyda Krewson said the city is beginning to review its own policies in the wake of George Floyd's death and the unrest that followed.

She said during today's Facebook live briefing that it is something many other cities have already begun doing.

‘I’m so sorry, all I want is a hug’: 12-year-old accused of leading Oklahoma police on wild chase