WELLSTON, Mo. –   Police are searching for a suspect who injured four people in a drive-by shooting Tuesday night.

According to the North County Police Cooperative, the shooting happened just before midnight at Clay’s Wellston Food Market Restaurant, the same place where Officer Michael Longsdorf was shot and killed last week.

Police say that a suspect shot rounds from a crew cab pick up truck. Security video caught a car leaving the scene at a high rate of speed. The car is described as possibly being a white Dodge Dakota.

Police released a photo of the suspected shooter to get from the community in identifying the person involved in the shooting. 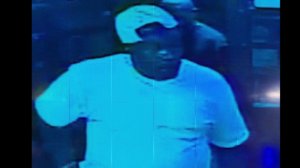 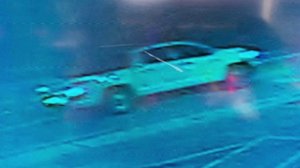 Anyone with information regarding the shooting is asked to contact the NCPC Bureau of Criminal Investigations 314-428-7374.

HARLINGEN, Texas (Border Report) -- The border city of Laredo, Texas, is getting its first-ever set of immigration courts and judges to help tackle an ever-rising backlog, a South Texas congressman said Wednesday.

U.S. Rep. Henry Cuellar, a Democrat who serves as vice-chairman of the House Appropriations Subcommittee on Homeland Security, Cuellar announced the approval of the addition of eight immigration judges to Laredo, Texas, and the establishment of the first-ever immigration courts there. The funding for these judges have already cleared all legislative hurdles, Cuellar said, adding that the General Services Administration is looking for court space and expected to get the judges on the ground by summer 2021.

SPRINGFIELD, Ill. (NEXSTAR) -- U.S. Representative Rodney Davis (R-Taylorville) tested positive for the Coronavirus on Wednesday morning, according to the following statement from his office.

"This morning, I tested positive for COVID-19. Since the beginning of this pandemic, I have taken my temperature twice daily because serving in Congress means I interact with many people, and it’s my duty to protect the health of those I serve," Davis said. "This morning, my temperature clocked in at 99 degrees Fahrenheit, which is higher than normal for me.

SAN DIEGO (Border Report) -- The research group Justice in Mexico, based at the University of San Diego, has released its annual report on Organized Crime and Violence in Mexico.

According to the report, violent crime remains high in Mexico, but it appears to have reached a plateau.

Cori Bush, Kim Gardner, and Tishaura Jones speak under the Arch about how they helped each other win

Cori Bush, Kim Gardner, and Tishaura Jones speak under the Arch about how they helped each other win