Skip to content
Breaking News
Breaking News
IL: 141 deaths/6,980 cases; MO: 18 deaths/1,581 cases. List of St. Louis area coronavirus disruptions
Watch Now
Watch Now
Live video of FOX 2 News
This is an archived article and the information in the article may be outdated. Please look at the time stamp on the story to see when it was last updated.

CHESTERFIELD, MO (KTVI) – A battle is brewing between two St. Louis county municipalities over the vote to close a road connecting the two. Chesterfield City Council members voted Monday night to close River Valley Drive at the Maryland Heights border in an effort to curtail traffic they expect to come from a proposed development in the Maryland Heights Bottoms. 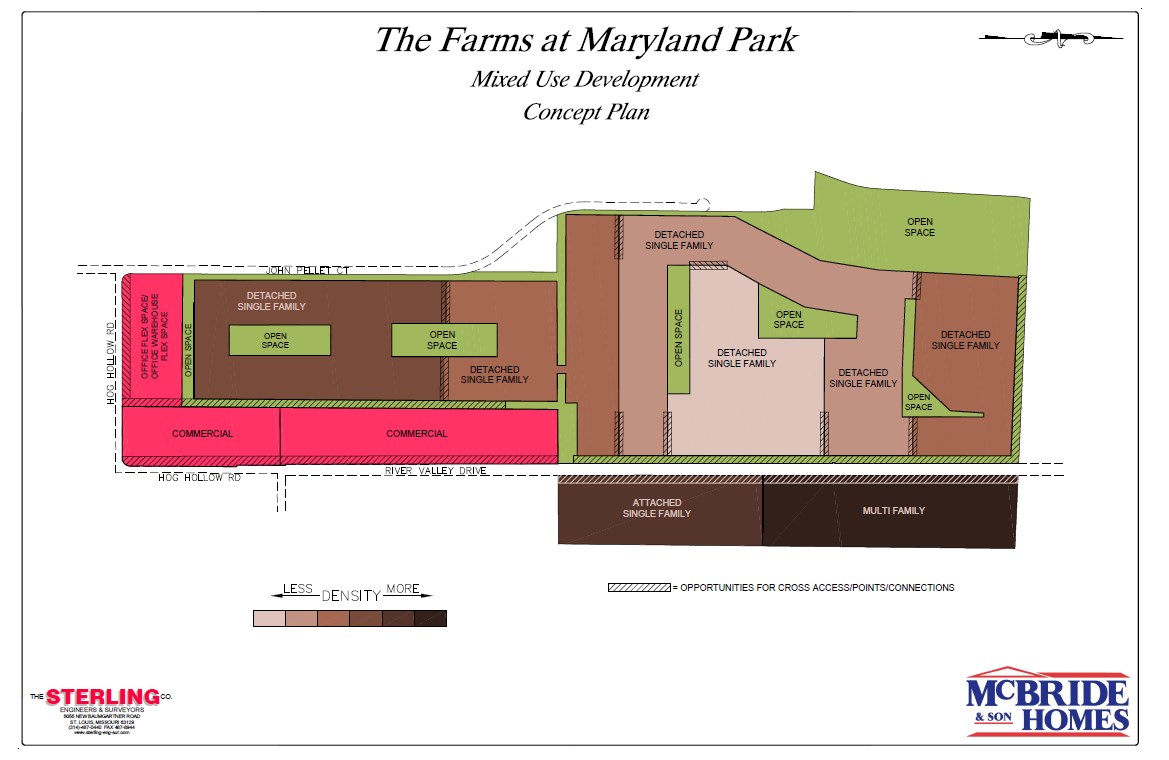 “This is no way is meant to segregate or separate that subdivision or Chesterfield from Maryland Heights,” Chesterfield Mayor Bob Nation said Tuesday. “It’s simply a matter of concern for safety and the anticipated additional traffic.”

“I was shocked,” Maryland Heights 2nd Ward Councilman Ed Dirck, Jr. said of hearing the news from FOX 2. “Shocked that a neighboring community would take this kind of preemptive action on something that hasn’t happened yet.”

He concedes the development is likely coming because the low lying area has been removed from a flood plain list thanks to levee improvements. “The Farms at Maryland Park” would be built by McBride and Sons Homes, and is set to put in 900 houses ranging from about $200,000 to $400,000 each. Some commercial development would also be part of the project, which Dirck says would benefit people on both sides of the city line.

“It’s hundreds of millions dollars in new development. Thousands of new jobs. New types of homes. New modern homes for this community and this area. I’m flabbergasted a city council would take this kind of action before it’s even been voted on!”

But Chesterfield residents living along the steep, winding, and narrow River Valley Drive say there is already more traffic than the road is built to handle.

City officials in Chesterfield are now in the process of designing the road block, likely some sort of gate that would still allow emergency vehicles to pass through. The city council will have to vote once more to approve the design and cost.

Dirck was critical of Chesterfield officials for not approaching him or the developer to seek out a solution that might prevent the road closure, but Hannah says his group has been following the progress of the Maryland Heights development, and he sees no alternative.

“There really is not solution other than to protect ourselves and close the road,” he said.

“I find that just totally amazing and I’m so disappointed,” Dirck told us.