Each month, FOX 2 selects a first responder, veteran, or military member to receive $500 and the Proud to Serve Award. This month, we honor Sgt. Walters, who has spent 20 years of his career serving in the St. Louis Metro Police Department.

Sgt. Walters has served in numerous roles as an officer. Starting as boots on the street, to recruiting and training new members as they begin their careers.

In addition to his role as an officer, he also serves as the current president of the Ethical Society within the same community where he was born and raised.

Sgt. Walters believes in positive policing, which involves communicating and interacting with the people he serves in order to foster relationships between officers and the community. He has regularly appeared in the national media to advocate for positive policing and advocacy.

Here was the nomination we received.

Positive policing is Sgt. Donnell Walters “personal motto.” After almost a current 20-year career with STLMPD, and is the current President of the Ethical Society of Police located in the Forever Fabulous 18th Ward in the City of St. Louis, the same community that Sergeant Walters grew up in born and raised he is proud to protect and serve wholeheartedly.

In a time when police officers are leaving the profession and city area to go serve in other regional districts offering better wages, insurance benefits for their families, higher promotion eligibility, etc., Walters is one of the amazing STLMPD Sergeants who stayed.

He has a very extensive resume including being one who is always boots on the ground serving, recruiting young people for future careers in the law enforcement, trained in defensive tactics, negotiating, Citizens Academy just to name a few.

Most recently interviewed on different media platforms nationally including New York, Phoenix, Wisconsin, on topics like Police reform – though oftentimes the reality of bad seeds lead to negative reported actions of law enforcement that have hurt and damaged families.

Sgt. Walters like many is determined to continue pushing advocacy on positive policing, oftentimes saying when he does not have on a uniform, underneath “he is just like you.”

He loves the community in which he serves, and the community supports and loves our native neighborhood son. He goes in every day with a mindset effort to utilize innovative communication skills to Bridge shattered relationships between our neighborhoods and police officers through COVID-19.

Despite the high turn over rates not only in just the police department, but city services in general – lower wages, and other issues related to the profession. He has an amazing gift of being sincere and empowers upcoming officers with the tools needed at the root of it all – community, engagement, and transparency.

Donny helped with organizing the Cops in the Community Coat Giftaway in February 2022. He also spoke at many community events bringing the Polar Cops Ice Cream Truck as well as STLMPD Cadets so that everyone builds a rapport and community relationships which in turn starts the conversation of crime prevention.

Truthfully, up to current moments, law enforcement has had many negative circumstances as it relates to our communities around the country. However, Sgt. Walters brings honor to the badge as is most deserving of the Proud to Serve honor as we all keep doing the work together.

Shooting pain that radiates down the legs from the lower back is associated with sciatica and can be debilitating.

When it’s time for cardio, you could hit the track or settle for some rowing. Rowing offers a full-body workout that’s low impact, but extremely effective.

Stationary bikes are a great way to get your cardio workout in, as they help you stay engaged and motivated during your fitness routine.

Man convicted in deaths of 3 people in Kirksville 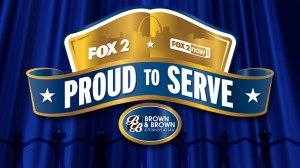