Skip to content
Breaking News
Breaking News
IL: 462 deaths/15,078 cases; MO: 58 deaths/3,327 cases. List of St. Louis area coronavirus disruptions
This is an archived article and the information in the article may be outdated. Please look at the time stamp on the story to see when it was last updated.

The whistleblower complaint on President Donald Trump and Ukraine was released Thursday morning, accusing the President of using his power “to solicit interference from a foreign country” in the 2020 election.

The officials attempted to “lock down” all records of the phone call, especially the word-for-word transcript of the call that was produced by the White House, the complaint states.

The complaint has been at the center of a controversy that has spurred Democrats to launch a formal impeachment inquiry. The White House on Wednesday also released a rough transcript of the July 25 call that shows Trump repeatedly pressed Ukraine to investigate former Vice President Joe Biden and his son, Hunter.

There is no evidence of wrongdoing by either Joe or Hunter Biden.

The complaint notes White House lawyers were “already in discussion” about “how to treat the call because of the likelihood, in the officials’ retelling, that they had witnessed the president abuse his office for personal gain.”

White House lawyers also directed officials to remove the transcript of the call from a computer system that stores them for Cabinet-level officials and instead put the transcript in a system for especially sensitive information, the whistleblower alleges.

Two US State Department officials had spoken with Giuliani “in an attempt to ‘contain the damage’ to US national security,” the whistleblower writes.

The State Department officials also met with Ukrainian leaders to sort through differing messages they were receiving from US officials versus Giuliani’s version of events, the whistleblower wrote.

The complaint also describes how on the day after the Trump’s call with the Ukraine leader, State officials met with Ukrainian political figures and provided advice “about how to ‘navigate’ the demands that the President had made of” Zelensky.

This story is breaking and will be updated. 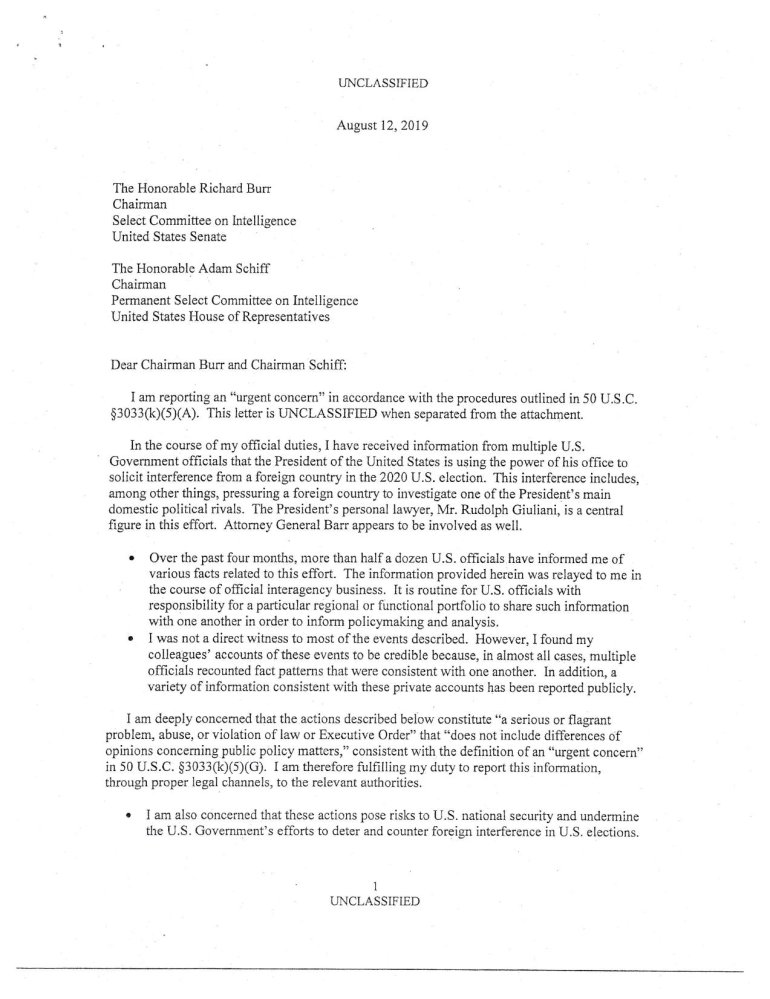 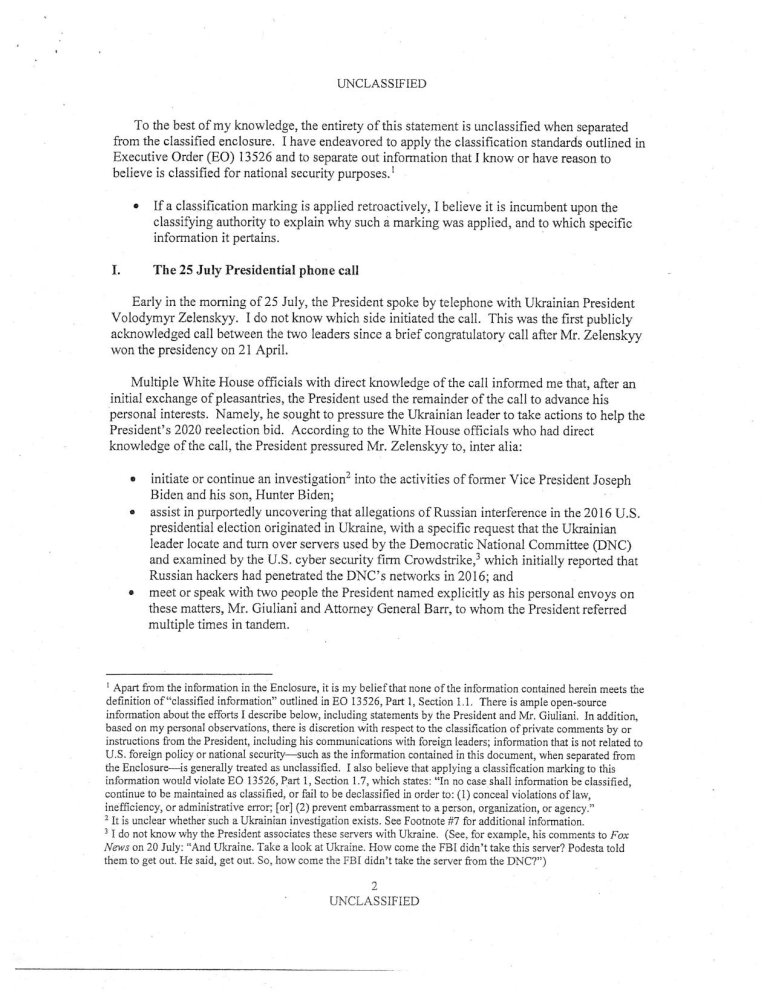 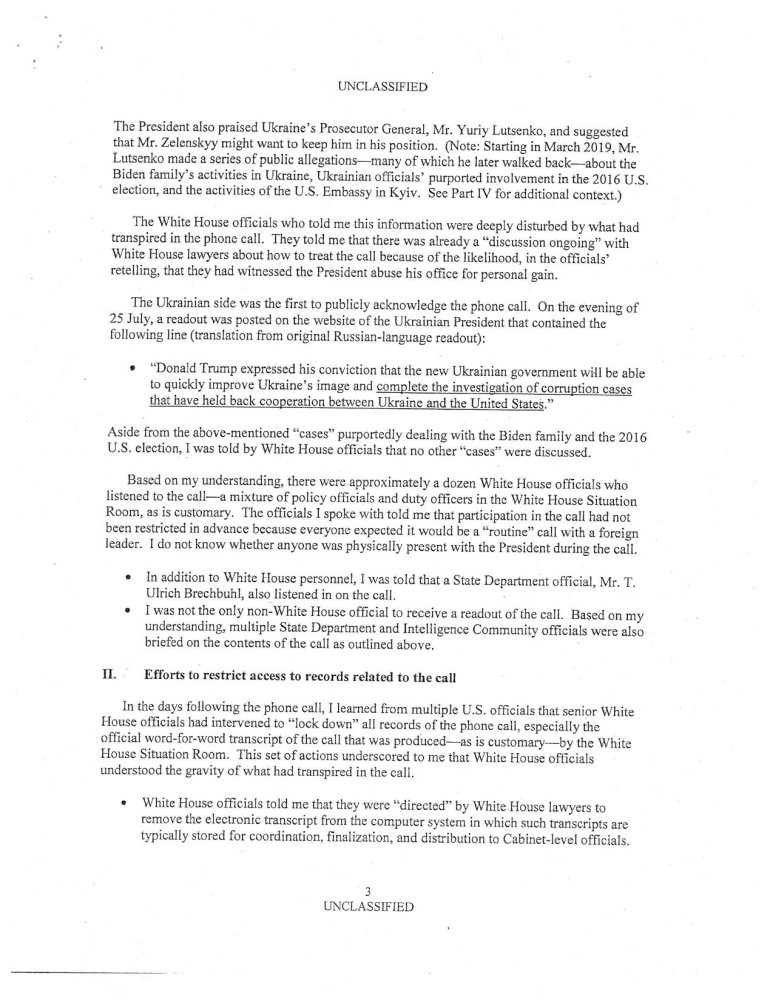 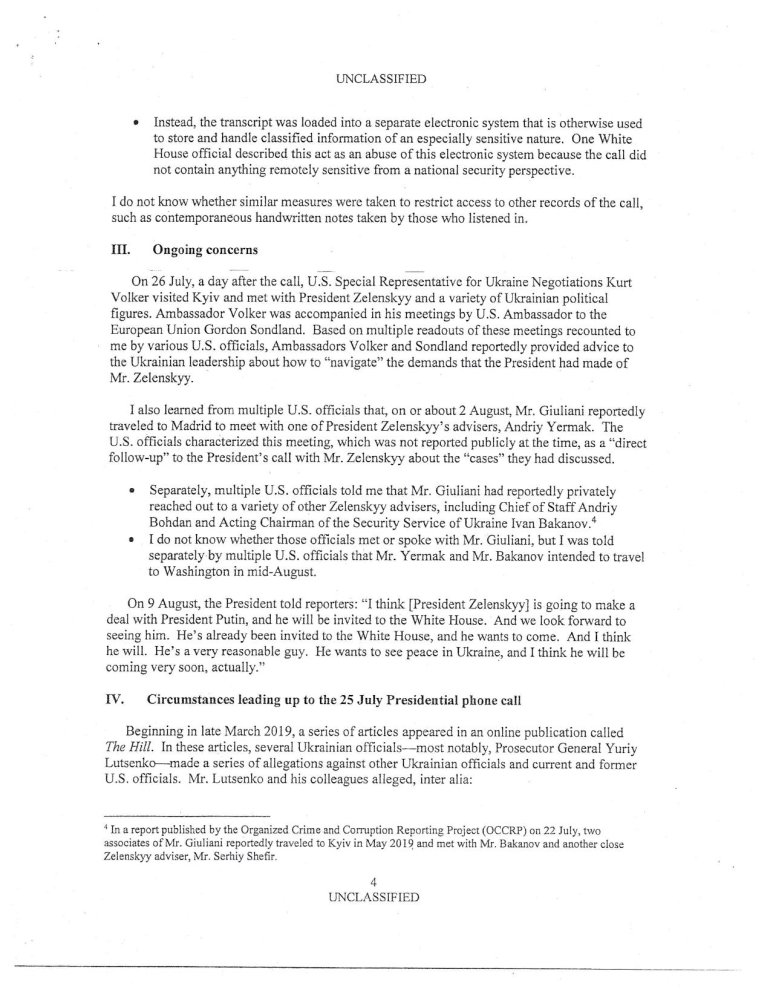 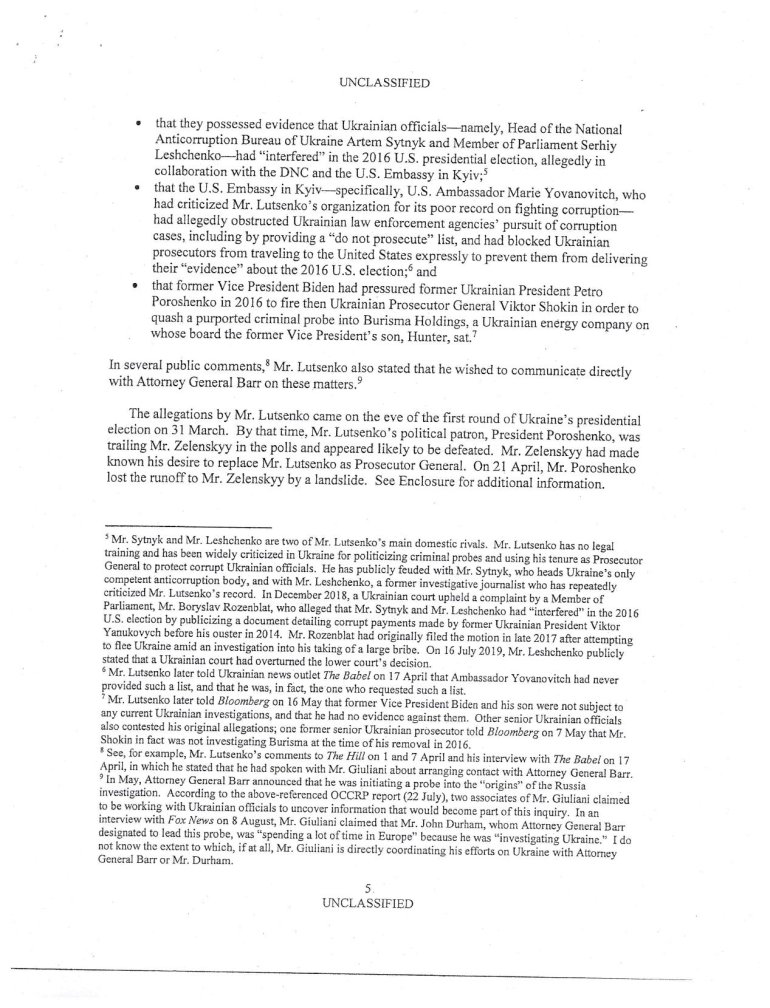 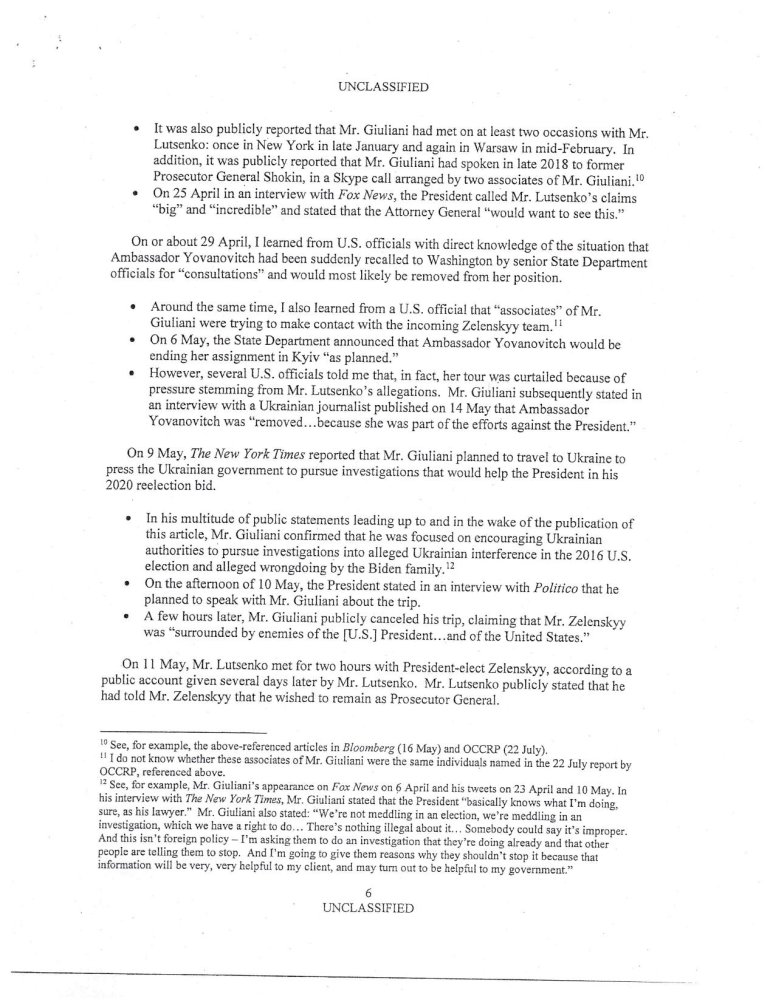 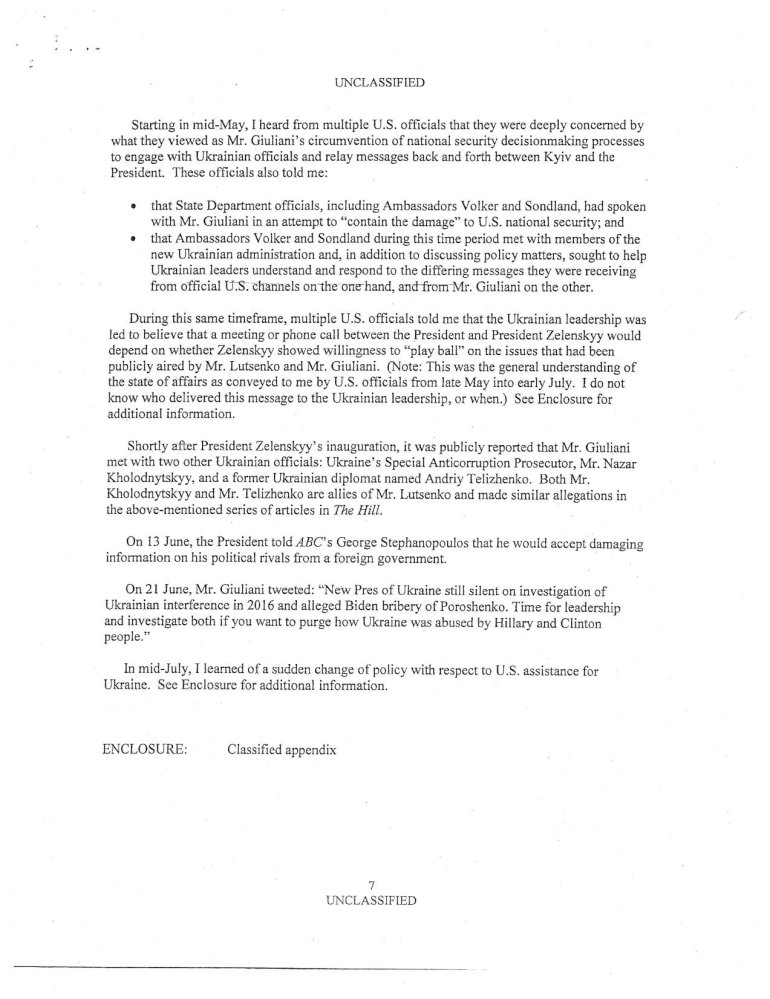 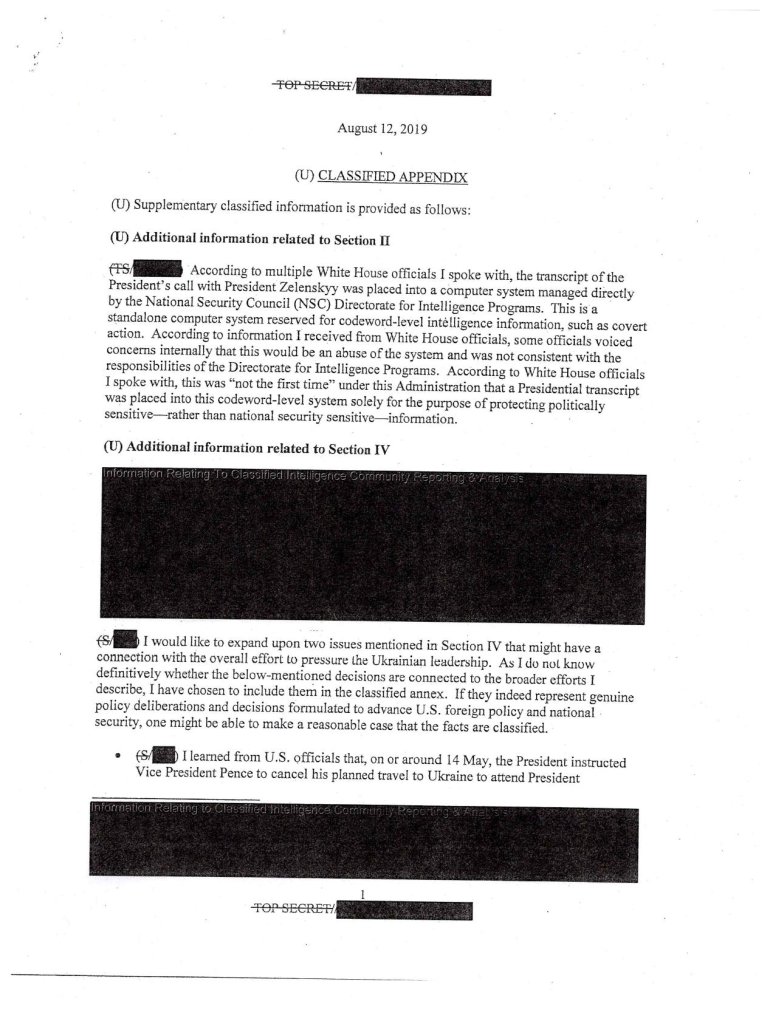 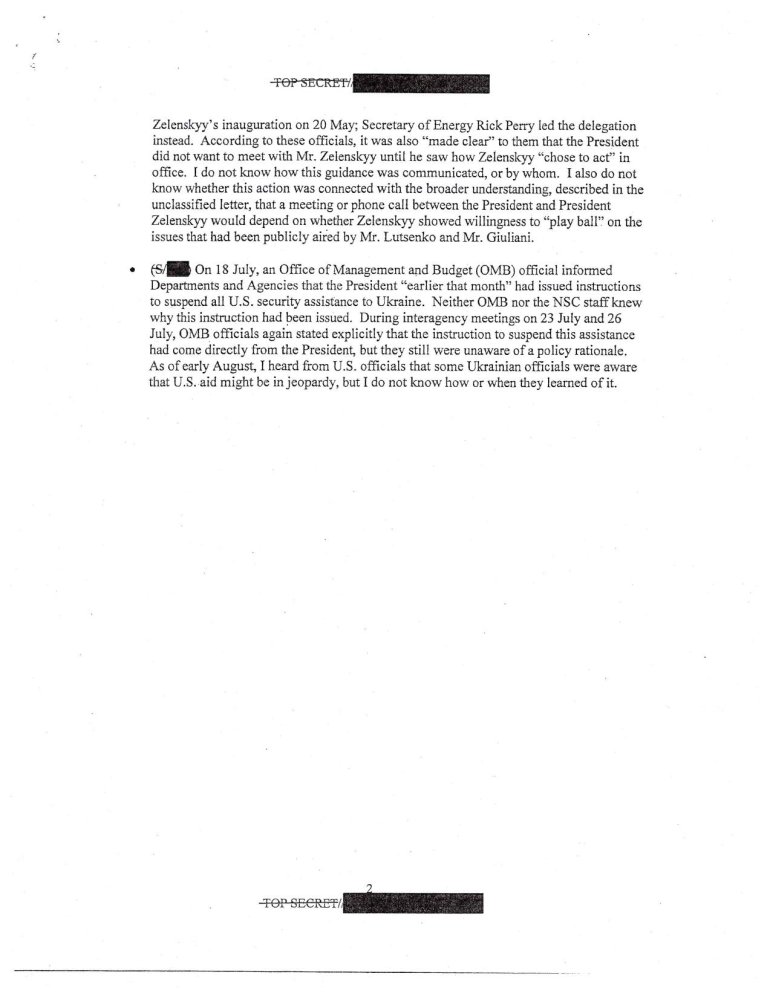 In Depth: See what Congress is doing to keep people employed