ST. LOUIS – A rising 16-year-old football star is gunned down and police are looking for whoever is responsible.
His family and coaches say he had a bright future with possible college prospects. 16-year-old Jason Eberhart’s death marks the 11th child or teenager fatally shot in St Louis this year.

His family tells me had dreams to make the NFL.

Days into the new year school year his family and coaches have more questions than answers as why his life was cut short too soon and who is responsible for his murder, “My nephew was a great kid, he had some much spirit and so much potential so much going for him at a young age,” said Bryan Kimble his uncle. 16-year-old Jason Eberhart grew up in a football family he was.

A linebacker known for his tough defensive skills on the field and off the field, he had a smile that was golden. “When I saw his first touchdown, I was like this kids is going to become something,” said Kimble.

The former student at Kirkwood High School was enrolling at Soldan High School. They say he was excited about the upcoming football year.

Those dreams ended abruptly when the teen was shot and killed on the 1300 block of Hogan in the Carr Square neighborhood early Sunday morning, “He was a great football player excellent young player but it’s in his bloodline all the family members are great players,” said Raeffel Merriweather, Athletic Director.

According to police, there have been 126 homicides in the City of St Louis so far this year. Police continue to search for the person responsible. Anyone with information can call CrimeStoppers at 1-866-371-8477 (TIPS). 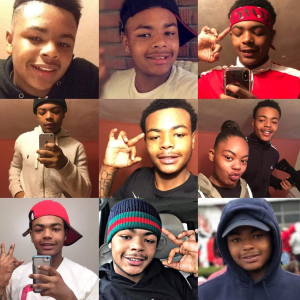 Fans pack Ballpark Village ahead of Game 3 in Blues-Avalanche …

Mail for Missouri inmates will soon head to Florida

100 best movies of all time