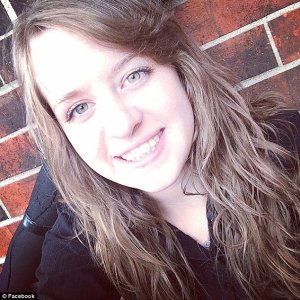 Relatives of Jessica Runions found the body Saturday morning while searching for Runions, who has been missing since early September.

Kansas City police say the death is being investigated as suspicious but released no other details.

Last week, they found a man’s decomposing body in a creek bed. He was later identified as 21-year-old Brandon Herring of Raytown, who had been reported missing in November. His death is being investigated as a homicide.

Runions was last seen leaving a gathering of friends in south Kansas City. Her burned vehicle was found two days later in a nearby wooded area.

Garland Nelson’s attorneys argued that a murder suspect cannot also be charged with abandoning the victim's corpse without violating his right to remain silent against self-incrimination. But prosecutors said Nelson could have anonymously reported where the bodies were located.

LOUISVILLE, Ky (AP) — A grand juror who won a court fight to speak publicly about the Breonna Taylor investigation took issue Tuesday with statements by Kentucky's attorney general and said the jury was not given the option to consider charges connected to Taylor's shooting death by police.

The anonymous grand juror had filed suit to speak publicly after Kentucky Attorney General Daniel Cameron announced last month that no officers would be directly charged in the March shooting death of Taylor during a narcotics raid.

JEFFERSON CITY, Mo. (AP) — The City Council in Missouri’s capital city approved removing a Civil War marker dedicated to a Confederate general amid a dispute about the accuracy of its description.

The marker is dedicated to Confederate Gen. Sterling Price. It claims that Price planned to attack Jefferson City in Oct. 1874 but instead bypassed the city.