GRANITE CITY, Ill. – Controversy is brewing at a Granite City medical office after an unusual sign went up. It says a doctor left because a woman nurse practitioner was hired.

The incident unfolded at the Multicare Specialists Chiropractor’s Office on Maryville Road, where some upset patients arrived at the office Tuesday and were greeted with an odd sign notifying them they needed to find a new doctor.

Susan Rolens says she’s seen Dr. Rodney Lupardus, a family medicine physician, for at least 20 years. Rolens says when she arrived at Multicare Specialists Chiropractor’s Office on Tuesday, she was blown away. Her doctor no longer worked there

Rolen says she was greeted with the sign. She believes it was inappropriate.

“I thought it was unprofessional for a business to post something like that about a beloved doctor,” Rolen said.

The note says her doctor resigned from the office because his wife would not allow him to work there since the office hired a female nurse practitioner.

When a Fox 2/KPLR 11 news crews arrived on Wednesday, the sign was gone, and an office spokesperson would not say why the doctor resigned.

The office released the following statement from the nurse practitioner:

“On my first day on the job as the nurse practitioner, I went to Dr. Lupardus and said ‘Can I ask you a question.’ His reply was ‘He, the other doctor, is dealing with you, not me.’ I told him it was regarding his patients and was told, ‘The other doctor will answer any questions,’ and he walked away. He did not speak to me the rest of the day.”

Some patients are still wondering where they will seek treatment.

“I told them it was unprofessional and they asked me to leave the premises. I told them I needed my medicine refilled,” Rolen said.

According to US News, Dr. Rodney Lupardus is affiliated with multiple hospitals in the area. The doctor offered no comment when asked about the incident. 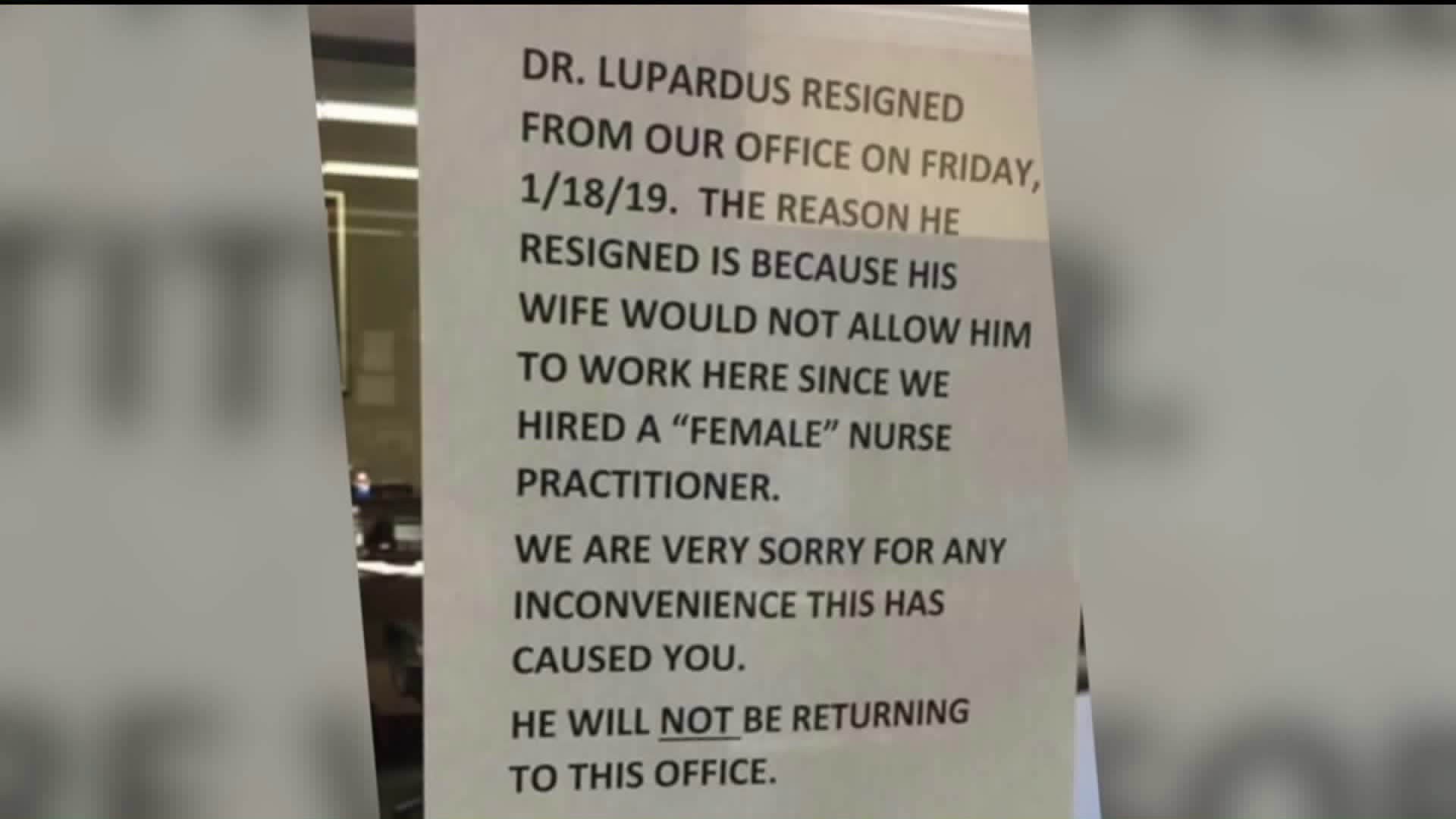