Only FOX 2 captured video of two men escaping the wreckage.  Video showed a student pilot helping the instructor climb out through a broken window.  They walked away arm in arm as the flight instructor limped.

It happened at about 1:30 pm.  From Bommarito Automotive Skyfox you can see the broken tail boom and shattered windows.  You can also see how part of the propeller broke off and flew.

Dawid said, “That was the scary part because they’re moving at such high rpms and when they break off they take off and it went.  It had to go a good 50 feet in the air and 50 yards away.  It just took off.”

According to Patti Beck, an airport spokeswoman, a Robinson 22 helicopter crashed in a grassy area during a training session.

The student was not injured, but the flight instructor was taken by ambulance to SLU Hospital.

The cause of the accident is under investigation.

Fostaire Helicopter of St. Louis is the owner of the Robinson 22 helicopter. 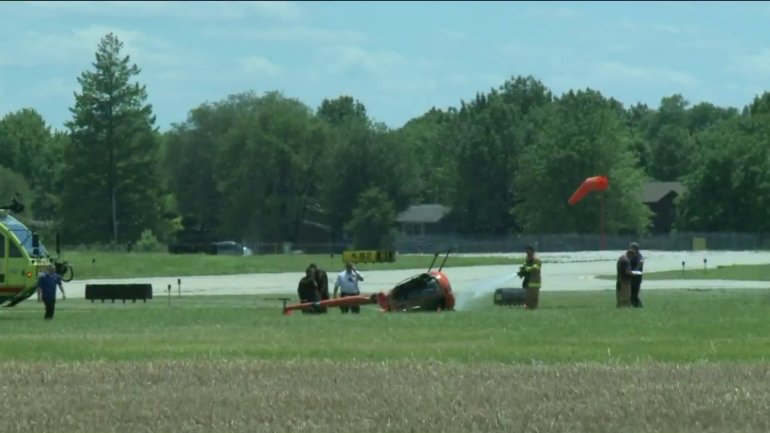 How a Springfield, Mo. mother and daughter conspired to kill their own family