UNIVERSITY CITY, MO (KTVI) - This weekend could be the last for pasties and paint on University City’s Delmar Loop.

Mayor Shelley Welsch announced on her Facebook page that Social House II would be closing June 19.

“The parties have resolved their differences, Social House Two in the University City Loop will close for good Sunday morning,” Welsch wrote. 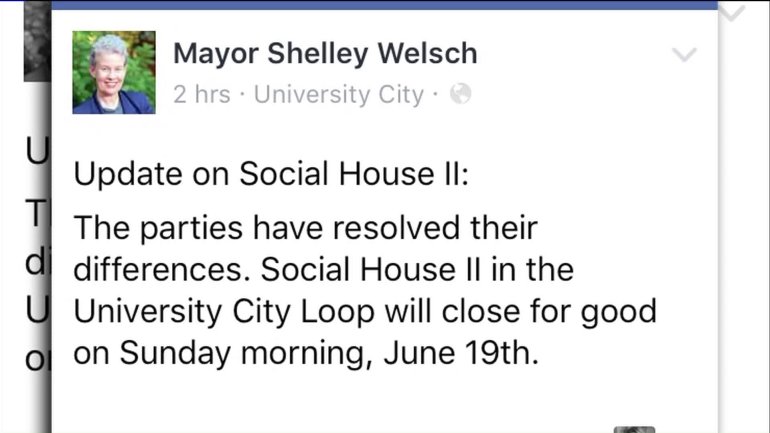 Employees in the restaurant said they couldn’t confirm the closing, but owner John Racanelli vociferously denied the mayor's claim.

Since the restaurant/bar opened in March, it’s concept has been at the center of controversy. Its servers wear nothing but pasties and body paint from the waist up.

The city took Social House II to court. At one point, the city stripped the establishment of its liquor license, but a judge ordered a stay while the legal battle played out.

COLUMBIA, Mo.- The University of Missouri System has launched a pilot program that will make standardized testing optional for all first-time undergraduate applicants. It is a temporary admission policy that will apply to the 2021-2022 academic year.

Students may still chose to submit ACT or SAT scores and the admissions requirements and review process for those applicants will not change. There will be no disadvantage to applicants who chose not to include a standardized test score.

The sheriff says DNA results from the remains confirmed the woman's identity.

Rung for Women wants St. Louis women to move beyond surviving to thriving

Clorox wipes won’t be fully restocked in stores until 2021

Police release name of boxer gunned down outside Wellston home