ST. LOUIS, MO — John Wells, a man once accused for groping several women in Tower Grove South is once again in custody for the same crimes.

According to court documents, a warrant was served on November 15, 2017. Wells is charged with two counts of sodomy, one count of sexual abuse and one count of 4th degree sexual assault.

The St. Louis Prosecuting Attorney's Office dropped initial charges against Wells in early October. At the time, Susan Ryan, a spokesperson for Prosecuting Attorney Kim Gardner, wrote in a statement that the case remains under active investigation and "We have plans to reissue the charges as soon as possible. If anyone has information regarding these incidents, we encourage them to contact police or our office."

At least five women reported to police that a strange man ran up behind them, grabbed their buttocks and then ran away laughing or smiling. In some of the cases, women reported the man slipped his hand up their shorts or dresses and forcefully grabbed their private area. In each case, he reportedly ran to his silver SUV, left running and parked in a nearby alley.

The attacks happened in a three week period between May 25th to June 16th in the Tower Grove South neighborhood. ​ 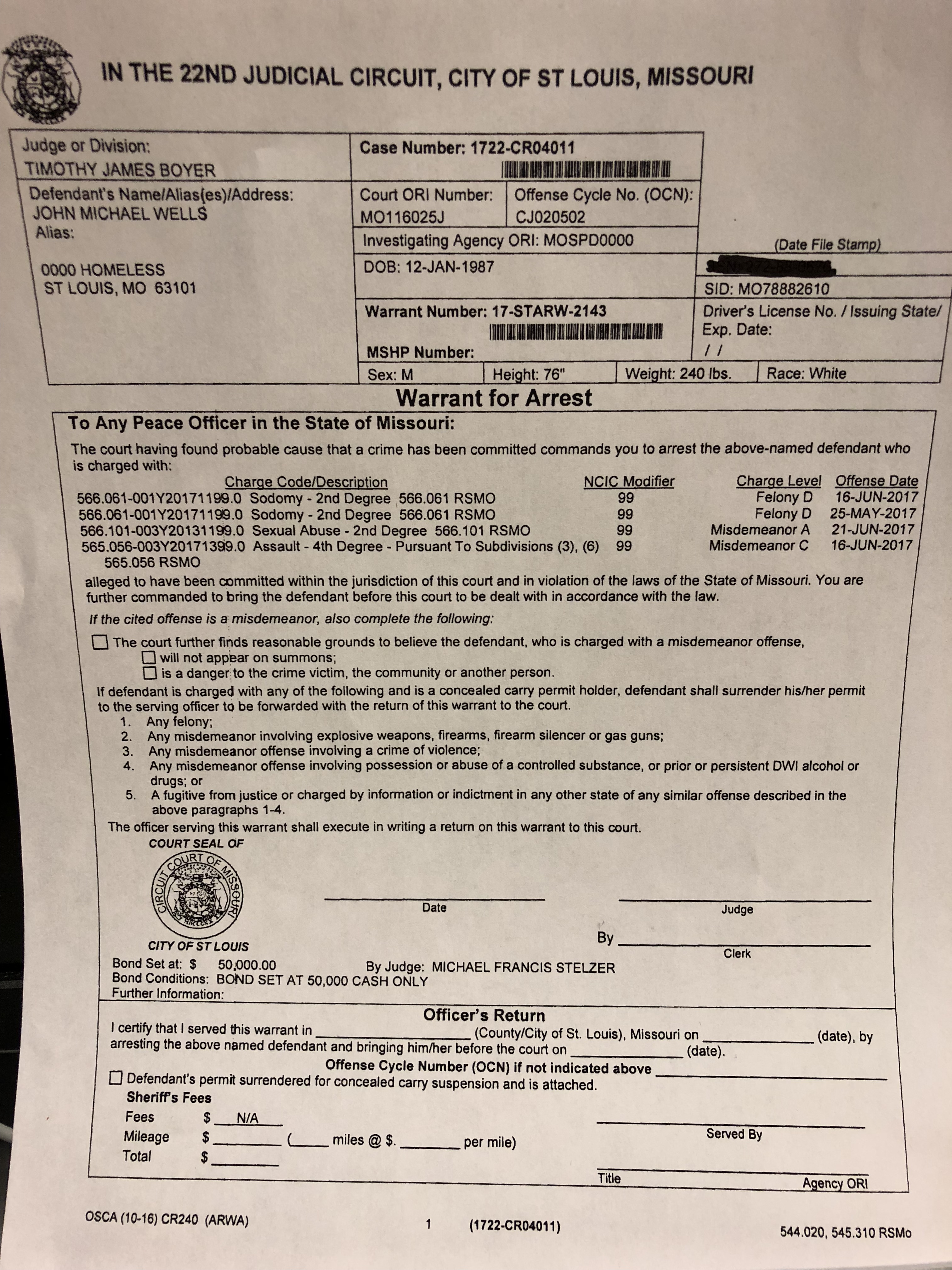