A public meeting to be held Thursday at 6:30 p.m. (June 8) by the Parks and Environment Committee comes after city workers put up barriers around the Confederate Memorial in Forest Park Wednesday morning (June 7) creating a 50-foot perimeter around the statue.

By 7 a.m. Thursday, crews had returned to the park to begin removing the monument. Crews removed the 13,500 pound monument top to provide engineers with a look inside so they could figure out how the statue was built and how to dismantle it safely. Mayor Lyda Krewson said she wants that plan on her desk by next week.

Crews also removed the street sign for Confederate Avenue on Wednesday. Alderman are proposing renaming the street to “Scott Joplin Drive” after the “King of Ragtime” music who lived and played in the St. Louis area in the late 1800’s and early 1900’s.

The move comes after years of heated discussions about the statue. Protests, rallies and vandalism have been a regular occurrence in recent weeks.

The memorial was erected in 1914, nearly 50 years after the Civil War ended.

In June 2015, the monument became part of a national conversation after it was spray painted with a large “X” and the phrase “Black Lives Matter” following the murder of nine parishioners at a church in Charleston, South Carolina.

The city plans to put the statue in storage. It is estimated will cost up to $130,000 to remove the monument from the park. 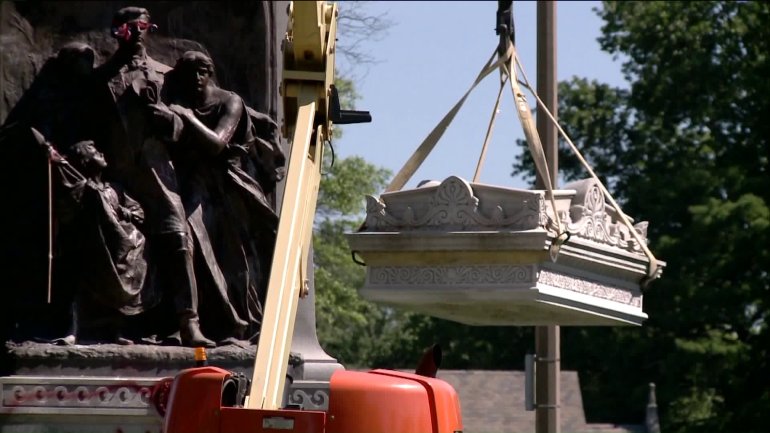 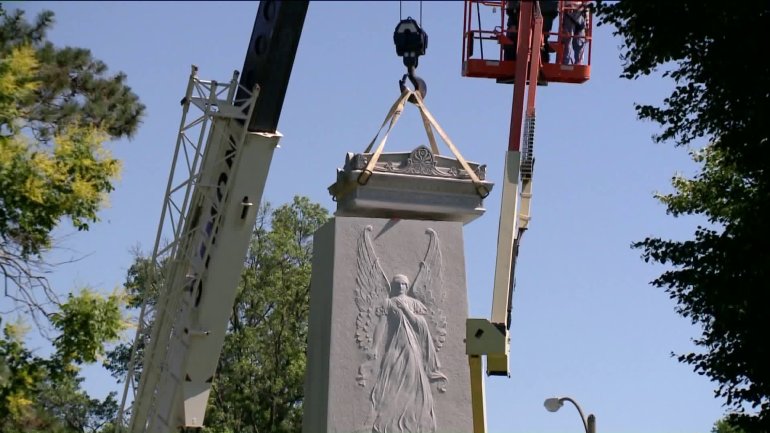 The Jamestown Mall project had been pushed by the St. Louis County Port Authority, which is part of the St. Louis Economic Development Partnership.

ST. LOUIS – An 8-year-old girl was rushed to a local hospital late Sunday afternoon after shooting herself in the finger. That’s one of multiple shootings reported inside 90 minutes on Father’s Day.

Police responded to the 4200 block of C D Banks Avenue just before 5:30 p.m. and found the child with a gunshot wound to her hand.

Thunderstorms clear pools where people were trying to beat the heat

Thousands without power after severe storm