Skip to content
Breaking News
Breaking News
Map of St. Louis area COVID-19 cases – MO: 1,027 deaths/ 23,215 cases IL: 7,014 deaths/ 144,612 cases.
This is an archived article and the information in the article may be outdated. Please look at the time stamp on the story to see when it was last updated. 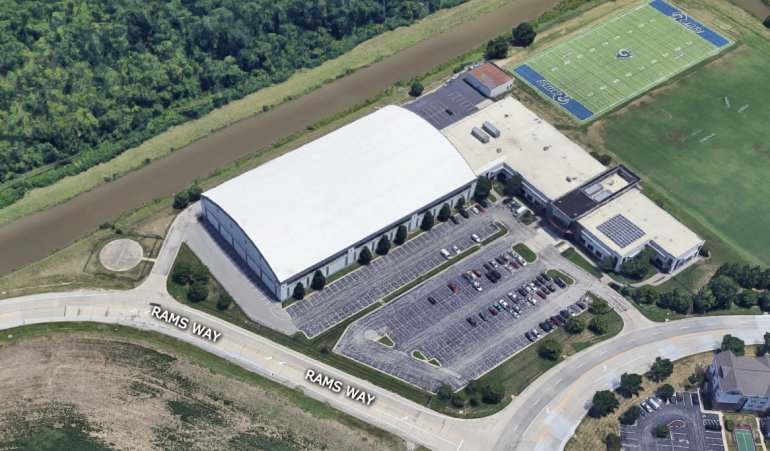 CLAYTON, Mo. – The NFL’s Rams are long gone from St. Louis, and a top elected official wants to get rid of a street name that honors the team.

St. Louis County Executive Sam Page says he will ask the County Council on Friday to pass legislation changing the name of the street that runs adjacent to the team’s former practice facility. The street was dubbed Rams Way in 1996. Page, a Democrat, wants to change it to Athletic Way.

Rams owner Stan Kroenke moved his team to Los Angeles in 2016. The Rams played at The Dome at America’s Center in downtown St. Louis during their time in Missouri, but practiced and had offices at the facility in west St. Louis County owned by the St. Louis Regional Convention and Sports Complex Authority.

TOWN AND COUNTRY - On this Fourth of July it was a celebration of more than a century. A Town and Country senior living facility woman reached a milestone.

Jean Casteel turned 107 years old Saturday and nothing was going to stop her family and friends from celebrating her birthday in the age of social distancing.

Fox 2's Michelle Madaras was in Mottleville with a look at the impact it's having on vendors.

ST. CHARLES, MO - St. Charles Riverfest 2020 was canceled due to COVID-19, but the city is still putting on its annual fireworks display.

The Riverfest was set to be a two-day celebration with concerts and vendors, but was trimmed down to the fireworks display.

Charlie Gitto Senior passes away at 87

Charlie Gitto Senior passes away at 87