Skip to content
Breaking News
Breaking News
IL: 274 deaths/11,256 cases; MO: 24 deaths/2,291 cases. List of St. Louis area coronavirus disruptions
This is an archived article and the information in the article may be outdated. Please look at the time stamp on the story to see when it was last updated. 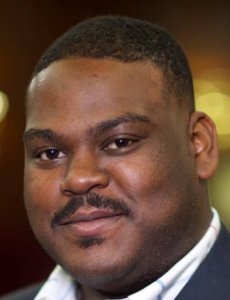 ST. LOUIS (AP) _ The president of the St. Louis County NAACP has been suspended by the national organization, in part for his support of a bill that would change how Missouri colleges respond to allegations of sexual assault by giving the accused more legal rights.

The letter cites Gaskin’s support for legislation targeting federal Title IX protections for women on college campuses. Johnson says Gaskin offered the support without first getting authorization of the branch’s executive committee. The letter also alleges a conflict of interest, saying Gaskin sought support for a proposal to merge St. Louis city and county governments without disclosing he was a paid consultant for an organization pushing the merger.

Gaskin told the Post-Dispatch via text the suspension was an “internal NAACP matter.”
___
Information from: St. Louis Post-Dispatch, http://www.stltoday.com

Interesting development: John Gaskin, St Louis County NAACP branch president, has been suspended by the president and CEO of the national NAACP. His statement endorsing the proposed Title IX changes was one of the reasons. #Moleg pic.twitter.com/AfEbdHy0jk

(KARK/NEXSTAR) - While staying at home, your lawmakers are working on the next steps in the battle to save lives, jobs and the economy during the coronavirus outbreak. But they are divided on what should come next. Washington reporter Jessi Turnure joins the conversation.

(CNN) -- The Acting Secretary of the Navy Thomas Modly blasted the now-ousted commander of the USS Theodore Roosevelt as "stupid" in an address to the ship's crew Monday morning, according to remarks obtained by CNN.

Modly told the crew that their former commander, Capt. Brett Crozier, was either "too naive or too stupid" to be in command or that he intentionally leaked to the media a memo in which he warned about coronavirus spreading aboard the aircraft carrier and urged action to save his sailors.

TAMPA, Fla. (WFLA) - Police in Texas are investigating a teenager's claims that she has coronavirus and plans to infect others.

According to Carrollton police, the 18-year-old, later identified as Lorraine Maradiaga, went on social media and said she tested positive for COVID-19 and is "willfully spreading it."

Grocery workers are key during the virus – and they are afraid

Amid virus, White House warns Americans to avoid going out — even to grocery stores, if possible