ST. LOUIS, Mo. — The City of St. Louis Department of Health is asking people to stay away from flood waters. Trash is floating in the River Des Peres as the water rises. Some people are tempted to remove it.

“Floodwaters contain many things that may be harmful to health, said Dr. Echols, director of health for the City of St. Louis. “Hazardous waste, other contaminants, snakes, rodents and debris that cannot be seen may be lurking in the water.”

A Facebook post by the Department of Health says that they will send a notification when the river level is safe enough to begin cleanup efforts. They warn that contaminated floodwater can cause wound infections, skin rash, gastrointestinal illness, and tetanus.

FOX 2 Reporter covered the story of trash building up in the River Des Peres on May 6, 2019.  Todd Waelterman, Director of Operations for the City of St. Louis, told her that the city is focused on preventing the water from flooding nearby homes.  When asked if the city would make efforts to clean up the trash so it does not end up in the Mississippi River and headed towards the Gulf of Mexico, Waelterman said he was “not aware of those kinds of operations.”

Beth Horton recently took this pic of debris floating in the River Des Peres.  She said that a lot of the items floating in the river are tree branches.  A Facebook post containing the image went viral in St. Louis.   The post said that she and her child were stopped at an intersection.  She told her 3-year-old, “This is why we don’t throw trash on the ground.”

“It seems the Mississippi River has recently started backing up more into River Des Peres.  That has made the water flow in the opposite direction, which is obviously not normal. It should always be flowing towards the Mississippi, not towards Shrewsbury, but that seems to have made the trash disperse,” writes Horton to FOX 2. 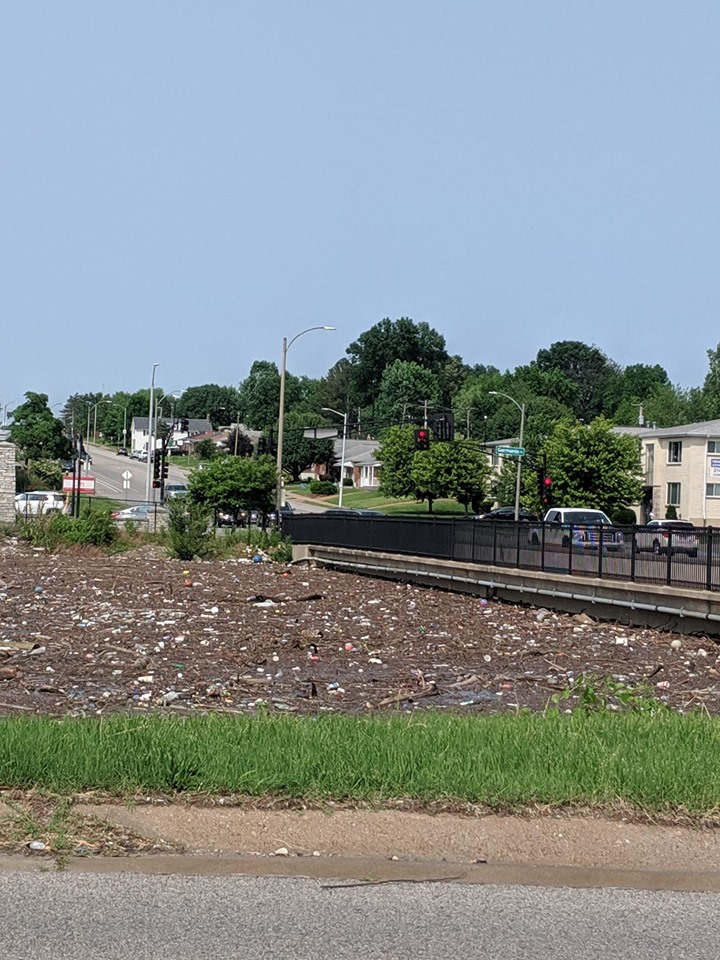 Deputies say 19-year-old Jonah Delgado was the on-duty caregiver for the older man, who required full-time care for basic needs.

MEMPHIS, Tenn. — A 13-year-old boy who crashed into five people Tuesday night while driving on his grandmother's lap said his grandmother was giving him driving lessons at the time.

VENICE, Ill. - An Endangered Missing Person Advisory is active for an 80-year-old man.

The Venice Police asked the Illinois State Police to activate the advisory after Arkel Griggs went missing Thursday morning. He was last seen at the insection of Broadway and Robin Street at 9:00 a.m.

COVID and the Classroom: Parents discuss back to school concerns

Galloway cites Gov. Parson’s response to COVID-19 as the reason voters should choose her

Heat exhaustion vs. heat stroke: How to see the signs

Hurricane Alpha? Amped up season forecast, names may run out

COVID and the Classroom: Parents discuss back to school concerns