ST. LOUIS – Homicide detectives with the St. Louis Metropolitan Police Department are asking for the public’s help in locating an SUV tied to a shooting earlier this week that left one man dead.

According to Officer Michelle Woodling, a police spokeswoman, the shooting happened Monday, March 18 at 9:05 p.m. in 3400 block of Iowa Avenue. 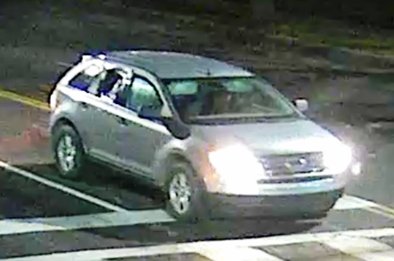 Police arrived at that location and found the victim, identified as 48-year-old James Sapone, suffering from a gunshot wound. Sapone was taken to an area hospital where he was pronounced dead.

Woodling said investigators learned Sapone was shot during a robbery. A woman with Sapone at the time was not injured.

The suspects fled in a silver 2008-2013 Ford Edge SUV with an Illinois State temporary tag on the back of the vehicle. The passenger side rear window is covered by a black trash bag, suggesting the passenger rear window is missing the glass. The vehicle also has a rear window “winglet spoiler” and a front antenna mass. 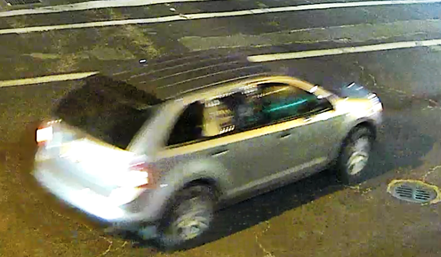 Anyone with information on the vehicle is urged to contact CrimeStoppers at 866-371-TIPS.