ST. LOUIS – The restaurant chain Steak `n Shake alleges in a lawsuit that a former suburban St. Louis employee falsely claimed on Facebook that she found worms in a hamburger patty.

The St. Louis Post-Dispatch reports that the federal suit was filed Wednesday. It says Melissa White claimed she found “worms” in a patty she planned to cook for herself Jan. 5 at the Florissant restaurant.

The suit says managers as well as a health inspector checked and found no worms.

White left the store but told a table of patrons, then later posted a picture of the patty on Facebook, claiming she had been fired and no one checked the meat. 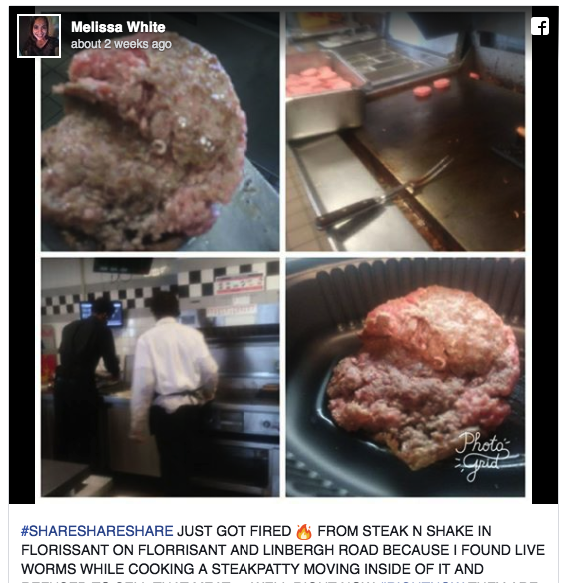