A live map that tracks the location of storm spotters was showing some unique activity in Kansas and Oklahoma Sunday afternoon.

Storm spotters spelled out the initials “B.P.” in honor of actor Bill Paxton, who starred as a storm chaser in the movie ‘Twister.’

The GPS beacon tribute was coordinated through Spotter Network and led by storm chaser Daniel Shaw.

Paxton passed away due to complications from surgery, his family said in a statement issued Sunday.

Helen Hunt, who co-starred with Paxton in ‘Twister’, shared a photo of them on set, saying he “acted his heart out” and her thoughts are with his family.

He made this movie great–he acted his heart out. What a talented man. My thoughts are with his family. pic.twitter.com/rUcmmYME3h 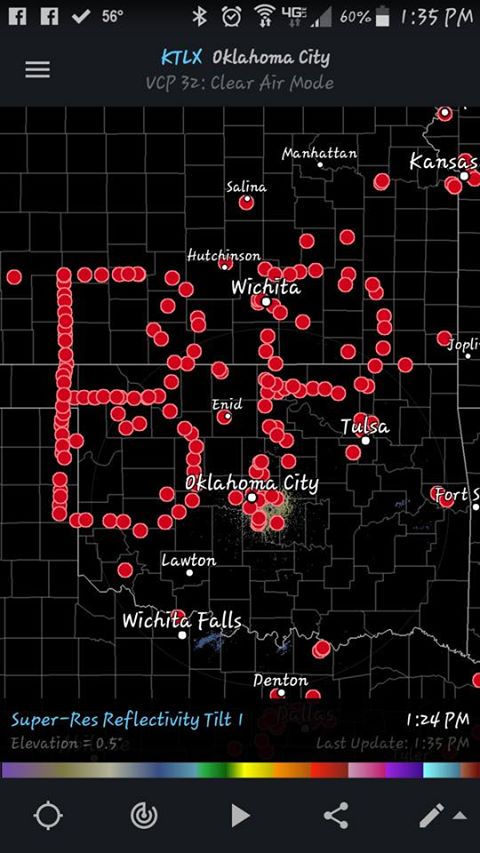