CADET, MO – Students were sent home Monday morning after a student took his own life at a Washington County high school. The Washington County Sheriff says a 17-year-old male was found dead from what’s believed to be a self-inflicted gunshot wound.  No other students were in danger during this incident.

The body was discovered by another student at around 7:40am in a cafeteria restroom. That student told a staff member, who then called the police.  There are about 400 students that go to the combined Kingston K-14 Junior High and High School.  They both use the cafeteria area.

Washington County Sheriff Zach Jacobsen says, given the recent threats and violence on school campuses, securing the scene was his top priority.

Sheriff Jacobsen says he spoke to the young man’s friends and his family who say he didn’t seem to be acting out of character. The student had sought treatment for mental health about four years ago.

The school will be in session Tuesday. A team of counselors will be at the school to provide support to students and staff.

This letter was sent to parents: 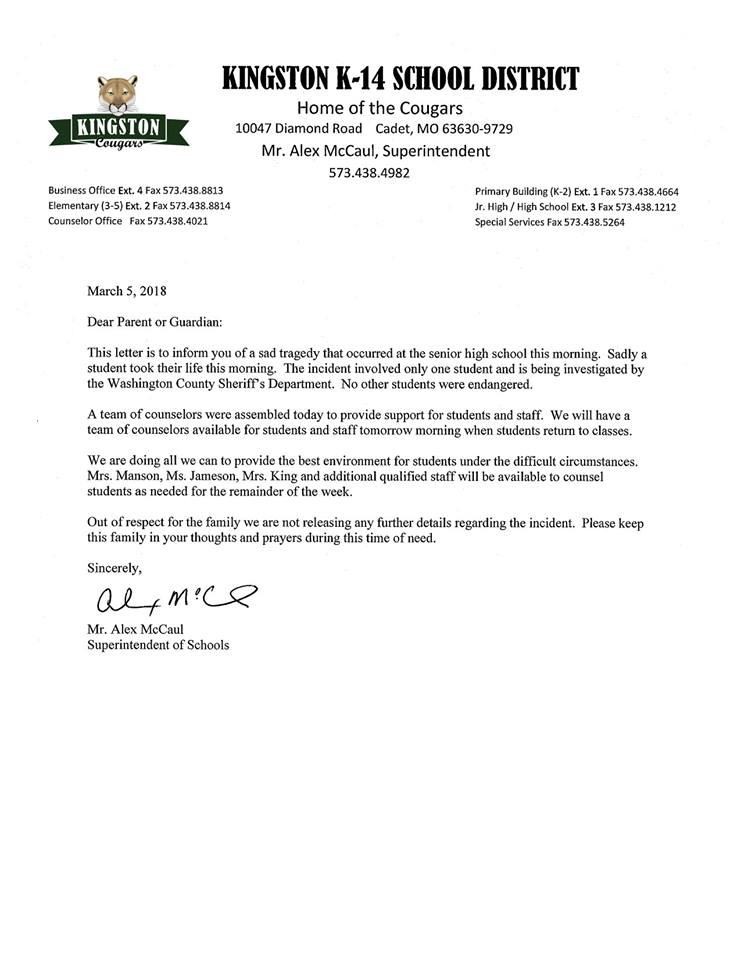 Sheriff says a 17 year-old male was found dead from what’s believed to be a self-inflicted gunshot wound to the head inside the school cafeteria this morning @KPLR11 @FOX2now pic.twitter.com/VSVQsNGLKz