Skip to content
Breaking News
Breaking News
IL: 141 deaths/6,980 cases; MO: 18 deaths/1,581 cases. List of St. Louis area coronavirus disruptions
This is an archived article and the information in the article may be outdated. Please look at the time stamp on the story to see when it was last updated. 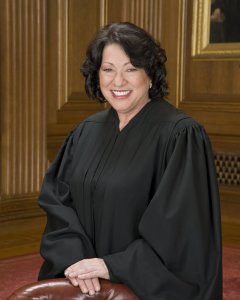 WASHINGTON, D.C., – Supreme Court Justice Sonia Sotomayor will undergo shoulder surgery Tuesday morning for an injury to her left shoulder that she sustained after a fall at her home on April 16, the Supreme Court announced on Monday.

Sotomayor was on the bench hearing arguments after the fall, but tests later revealed that she suffered a “multipart displaced head splitting fracture of her proximal humerus” according to a statement released by Kathleen Arberg, the Court’s Public Information Officer.

The surgery comes as the Court has finished hearing oral arguments for the term and is expected to release all the remaining opinions by the end of June.

Sotomayor will curtail activities for the next few weeks while she recuperates and will wear a sling and participate in physical therapy for several months. She is expected to fully recover her mobility and shoulder function, Arberg said.