Forster already has a felony marijuana charge against him from a prior case.

Based on social media, Forster recently moved to the area from Hannibal, Missouri and at some point attended high school in the Lindbergh School District.

On Forster's public Twitter account, he has written a lot about drugs, and shared some harsh anti police comments, including one saying, "I want f*** the police carved into my grave."

Neighbors on the street where Forster lived said they noticed more cars at the house where the shooting happened.

One neighbor said it seemed that the house was becoming a hangout or party house for teens. 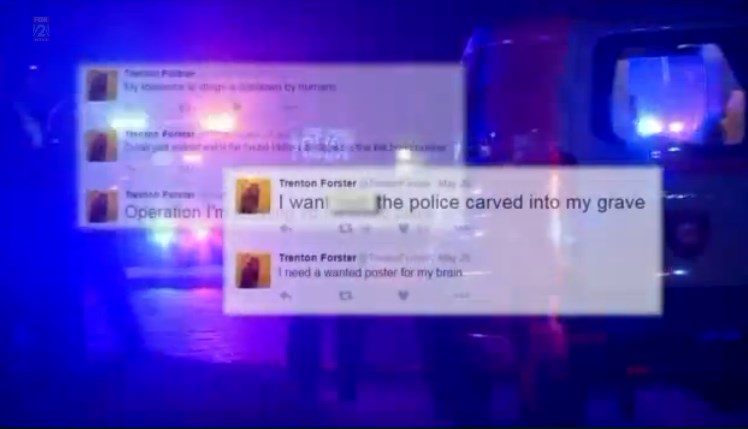 Officer Blake Snyder, 33, and his partner were responding to a disturbance call at around 5am Thursday morning in Green Park. Police tell the St. Louis Post-Dispatch that the 18-year-old had a relationship with a girl who lived in the house in the 10700 block of Arno Drive. Someone called for help when he demanded to be let in.

Police believe that Snyder encountered Forster in a vehicle. They say the suspect shot the officer when he asked to see his hands. Investigators say it was an, "immediate fatal wound."

Forster is currently at the hospital.  He is being treated for his gunshot wounds and is expected to survive.

Police are still trying to determine how the teen got the gun.  They want to know the motive behind the shooting.