The incident unfolded around 1:30 a.m. at the Napleton Mid Rivers Dodge dealership. The teenage suspects did not get far down the road before they crashed. The suspects, said to be from the Kansas City area, did not know the roads here. The powerful engines proved to be too much for the 16, 17, and 19-year-old drivers.

“They lost control of them fairly easily. They made it less than a mile,” St. Peters Police Officer Melissa Doss said.

The trio was caught after a short foot chase. 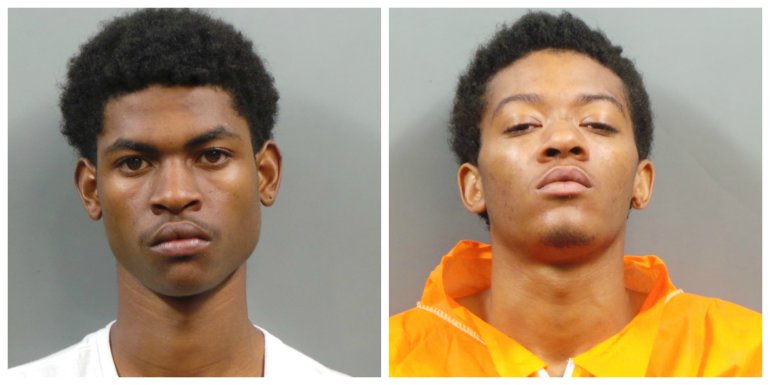 Deandre Chiney, 17, and Jordon Neely, 19, are in jail facing a number of charges, including burglary and receiving stolen property. Police said the 16-year-old will be charged in juvenile court. Three of the four stolen vehicles were also recovered; two of them are believed to be totaled.

Among the vehicles stolen were two Dodge Challenger Hellcats. They’re among the fastest road vehicles, with a horsepower topping 700 HP. Frank Schaffer, general manager of the dealership, said he’ll have a tough time ordering replacements.

“It’s going to take several months to replace before Chrysler will give me allocation to replace them, so this one left is kind of special,” he said.

A dealership employee happened to be driving by, saw car lights in the lot, and called police. Meanwhile, Schaffer said he has some questions for the suspects.

“What were you thinking? You’re going to get caught. You just want to ruin your life before you have a chance to get it started?” he said.

Police are trying to determine why they came all the way from Kansas City to steal cars here. Doss said it’s not out of the ordinary for criminals to come from other towns to break the law here.