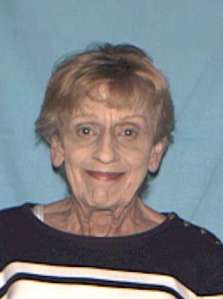 ST. CHARLES, MO (KTVI) – There is new information on the search for a missing 77-year-old St. Peters woman with dementia. St. Peters police say her car was located Thursday night in Bridgeton.

The tip came in from a train conductor who spotted Mary Buckley’s Hyundai Santa Fe in a wooded area near railroad tracks, just south of 370 in Bridgeton. The elderly woman is still nowhere to be found.

Buckley went missing about a week ago.

The Missouri Water Patrol, with the help of St. Charles and St. Peters police, located several cars underwater on Wednesday with a sonar-equipped boat and divers. On Thursday, they went back to the Blanchette landing in St. Charles to retrieve them.

Authorities pulled out four cars in total. One was a Hummer H3. Another was a decades-old Bronco. St. Charles Police Captain Don Thurman said several cars were still in the river, not connected to the missing elderly woman.

If the Missouri Water Patrol does return to the landing, it would be to continue investigating the cars dumped in the river. They’ll try to use the VIN numbers to figure out who these cars belonged to, and how they ended up in the river.

Buckley went missing from her home in the 700 block of Sugar Glen in St. Peters. Her vehicle, a silver 2004 Hyundai Santa Fe with license plates WA8U3S, was also missing. Buckley’s neighbors said she’s in poor health.

She is described as 5’4″ tall Caucasian woman weighing about 130lbs. Buckley has grey hair, blue eyes, and a light complexion.

Anyone with information is asked to call the St. Peters Police Department at 636-278-2222.

COLUMBIA, Ill.-- The mayor of Columbia, Ill. has resigned today after being indicted last week for allegedly lying to anti-corruption investigators about his business dealings with the city.

The city administrator sent out a press release this afternoon saying now former mayor Kevin Hutchinson sent a letter to the city council saying he was resigning effective immediately.

MYRTLE BEACH, S.C. (AP) — A critically endangered North Atlantic Right whale was found dead over the weekend off the coast of South Carolina, more than four months after it had been spotted entangled in fishing gear.

The National Marine Fisheries Service confirmed Sunday that the dead whale was discovered in waters about 15 miles offshore from Myrtle Beach. It's the third right whale death recorded since the rare species' calving season began in November along the southern East Coast.

ST. LOUIS, Mo. - Mayor Lyda Krewson touched on several topics during her weekly press conference broadcast through Facebook. She said that there will be another mass vaccination event and that invitation will be sent Tuesday. The eviction moratorium has also been extended in the city.

Accident causes big delays on eastbound I-64/40 near Lindbergh

Third stimulus checks: Will we get $1,400 payments in March?

Missouri father who went missing with two children presumed to have taken, fled with kids