WASHINGTON, DC – Three people from St. Louis County are charged with conspiring to support an ISIS terrorist fighter in Syria and Iraq. The department of Justice says they were also working with three other Bosnian immigrants living in Illinois and New York.

The Department of Justice says in an indictment that Abdullah Ramo Pazara traveled from St. Louis to Zagreb Croatia on May 28, 2013. He then made his way to Syria to fight for terrorists associated with ISIS. The indictment states that the suspects were collecting goods and money to support Pazara in his mission.

St. Louis County residents Ramiz Zijad Hodzic, 40, his wife Sedina Unkic Hodzic, 35, and Armin Harcevic, 37 are charged with conspiring to provide material support and resources to terrorists. A release from the DOJ says that they were working with Nihad Rosic, 26, of Utica, New York; Mediha Medy Salkicevic, 34 of Schiller Park, Illinois; and Jasminka Ramic, 42, of Rockford, Illinois. They are also charged with providing material support to terrorists.

Ramiz Zijad Hodzic and Nihad Rosic are also charged with conspiring to kill and maim persons in a foreign country.

The indictment says that Siki Hodzic and Sedina Hodzic are accused of transferring money and shipping US military uniforms, tactical gear, firearms accessories, rifle scopes and more to fighters in Syria.  The Department of Justice says that they used Facebook and aliases to communicate with members of the conspiracy.

Each charge has penalties ranging up to 15 years imprisonment for each count or fines up to $250,000.

Abdullah Ramo Pazara has not been charged in this indictment. 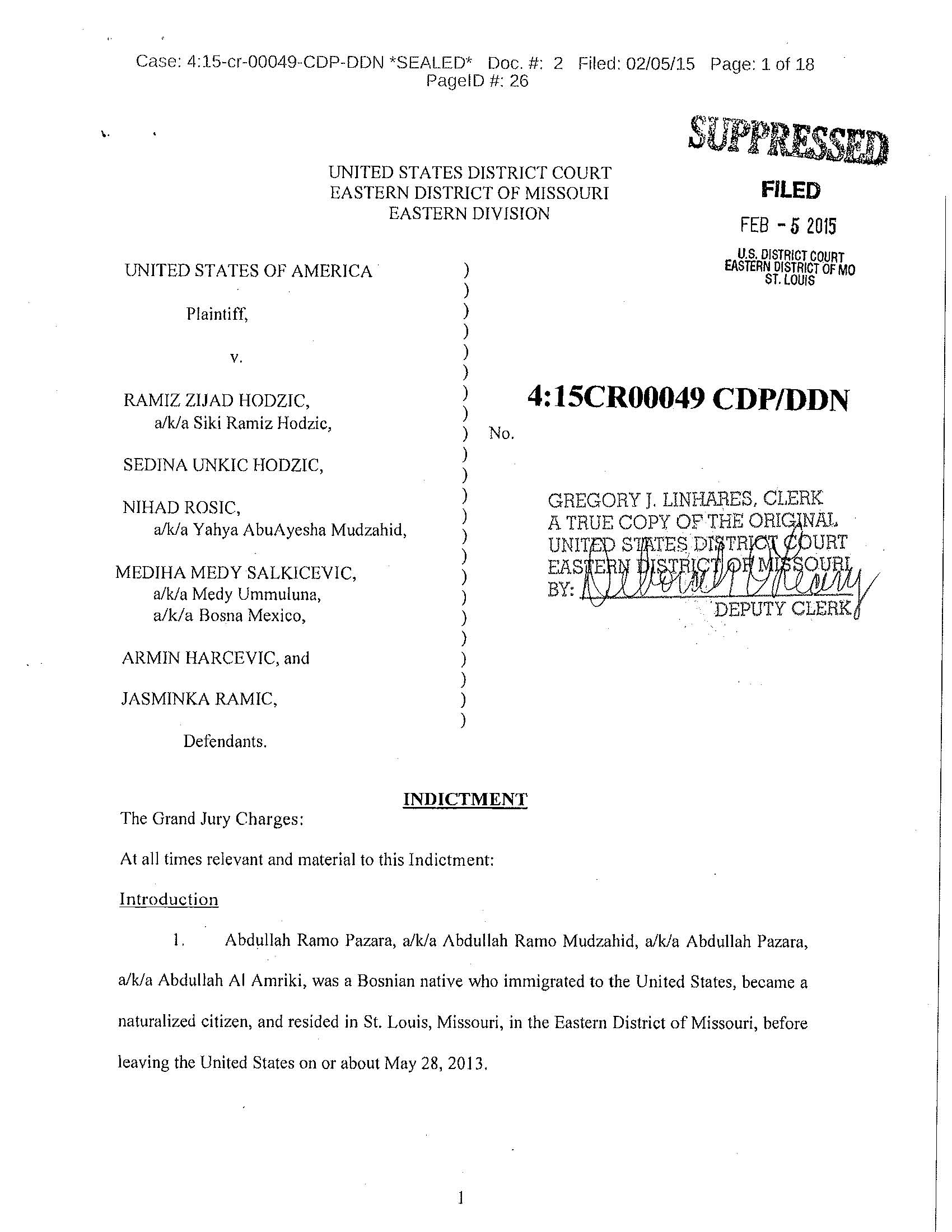 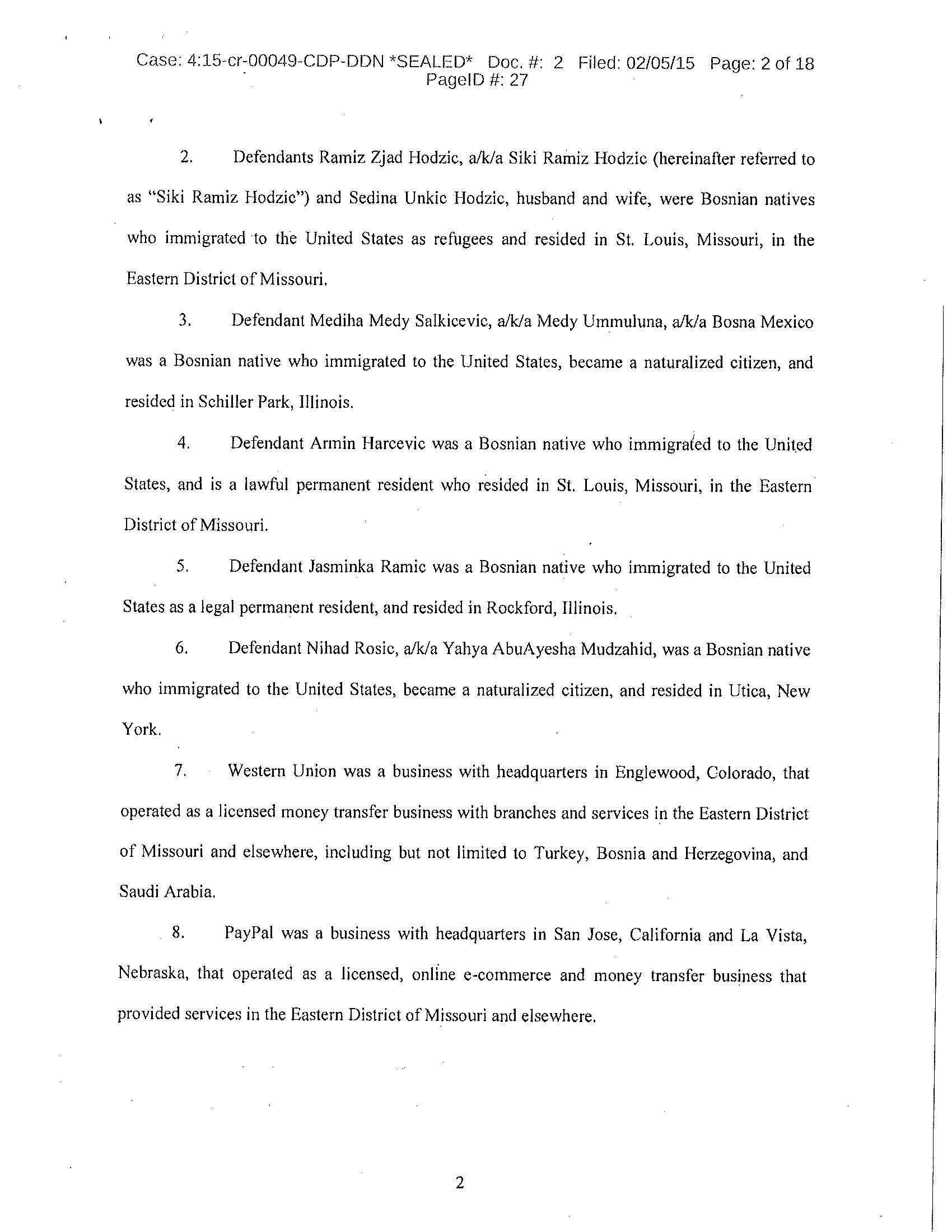 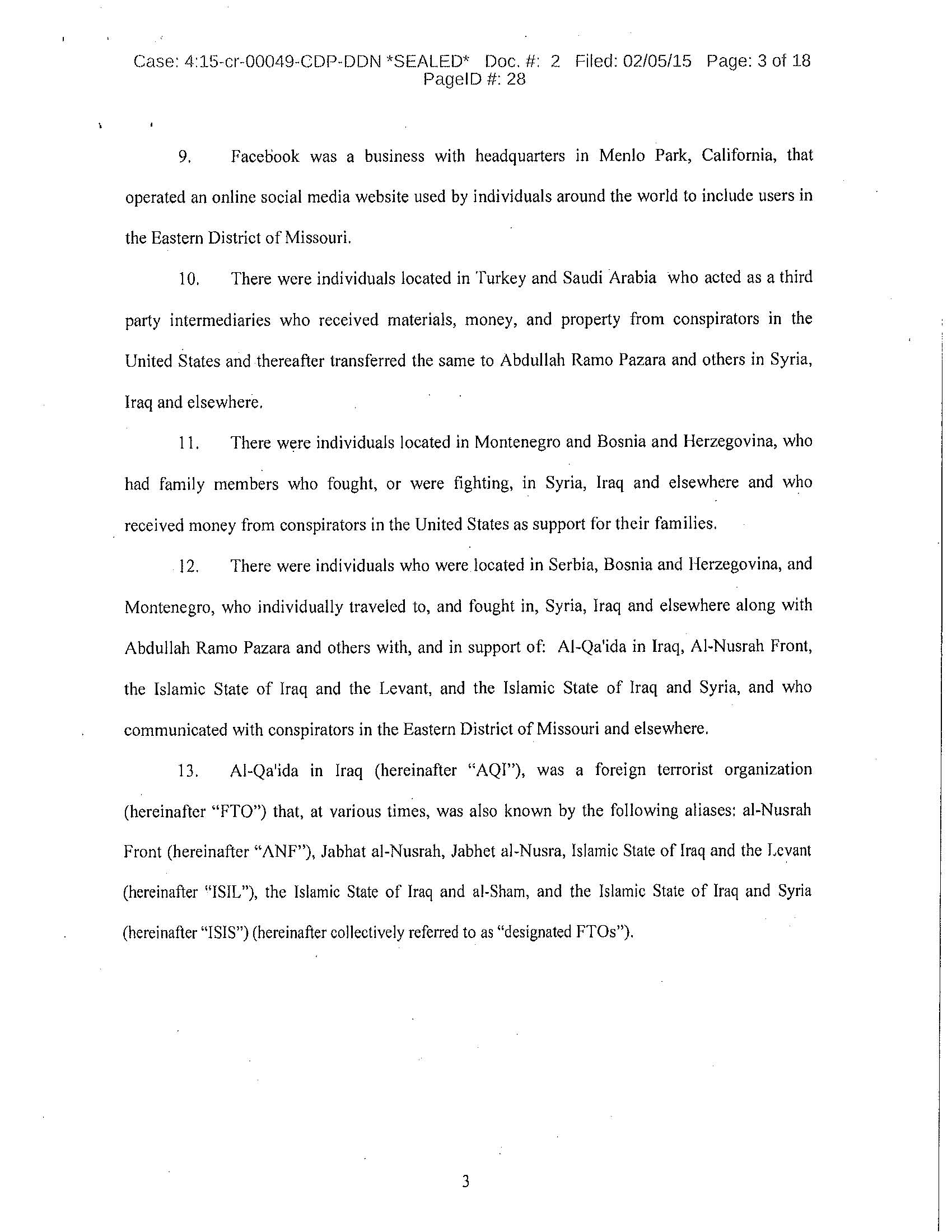 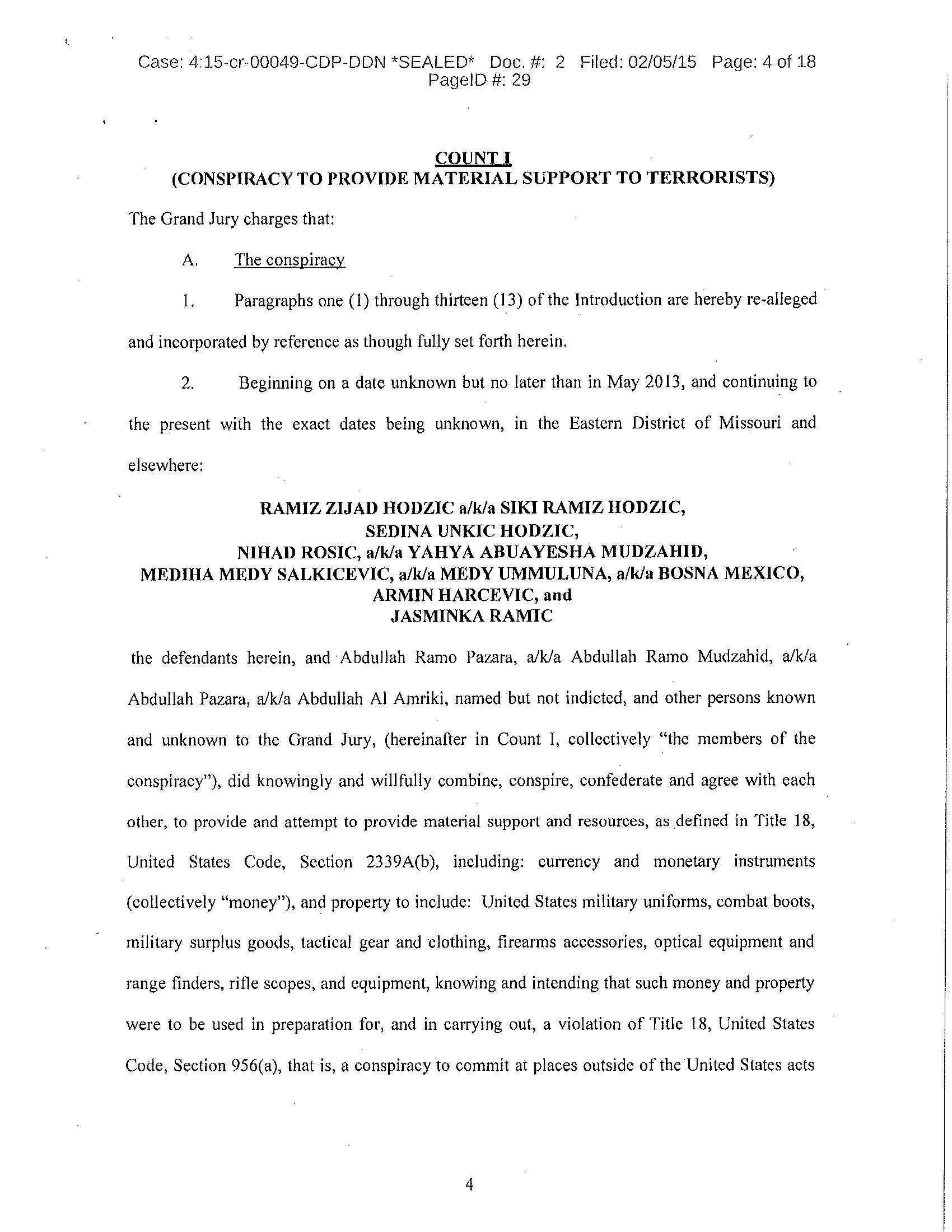 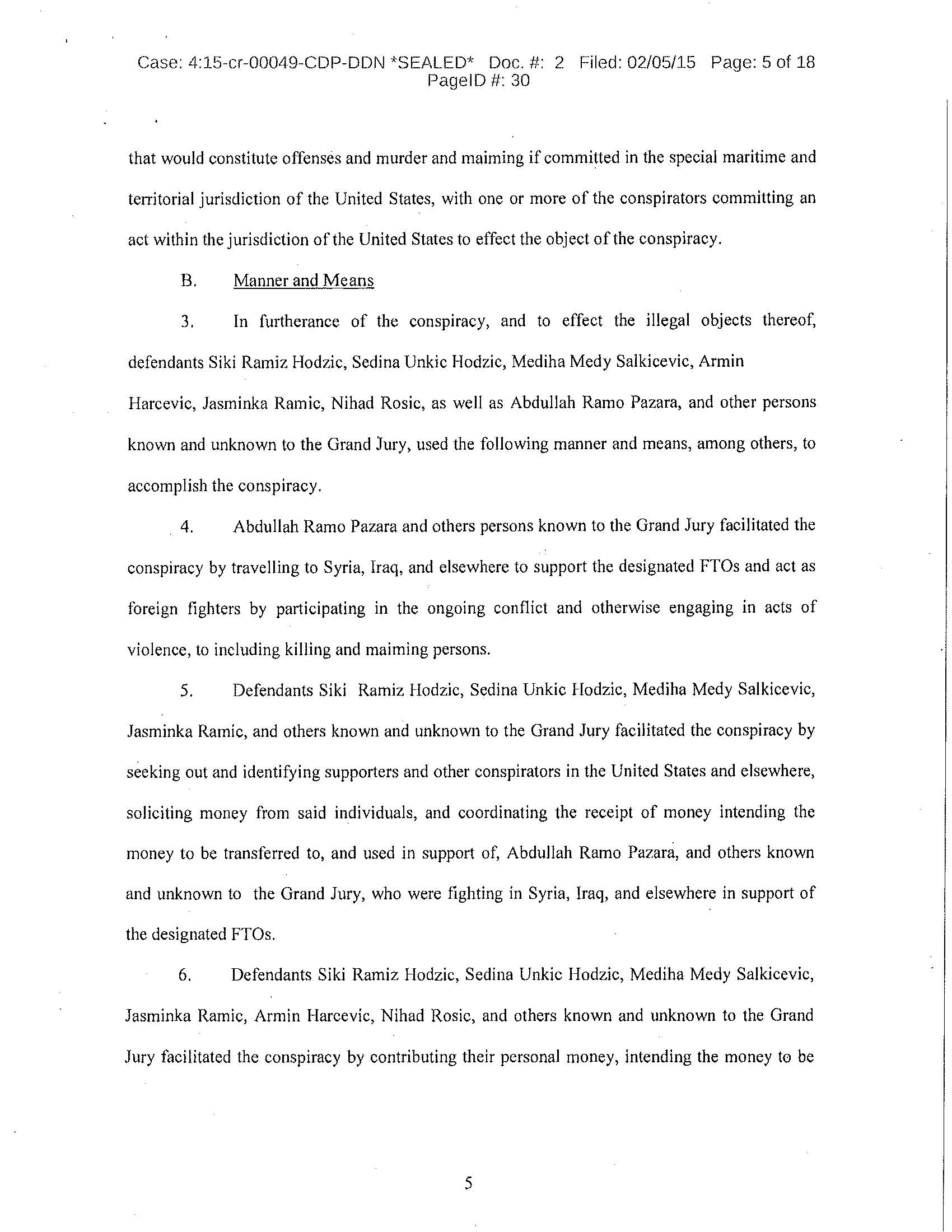 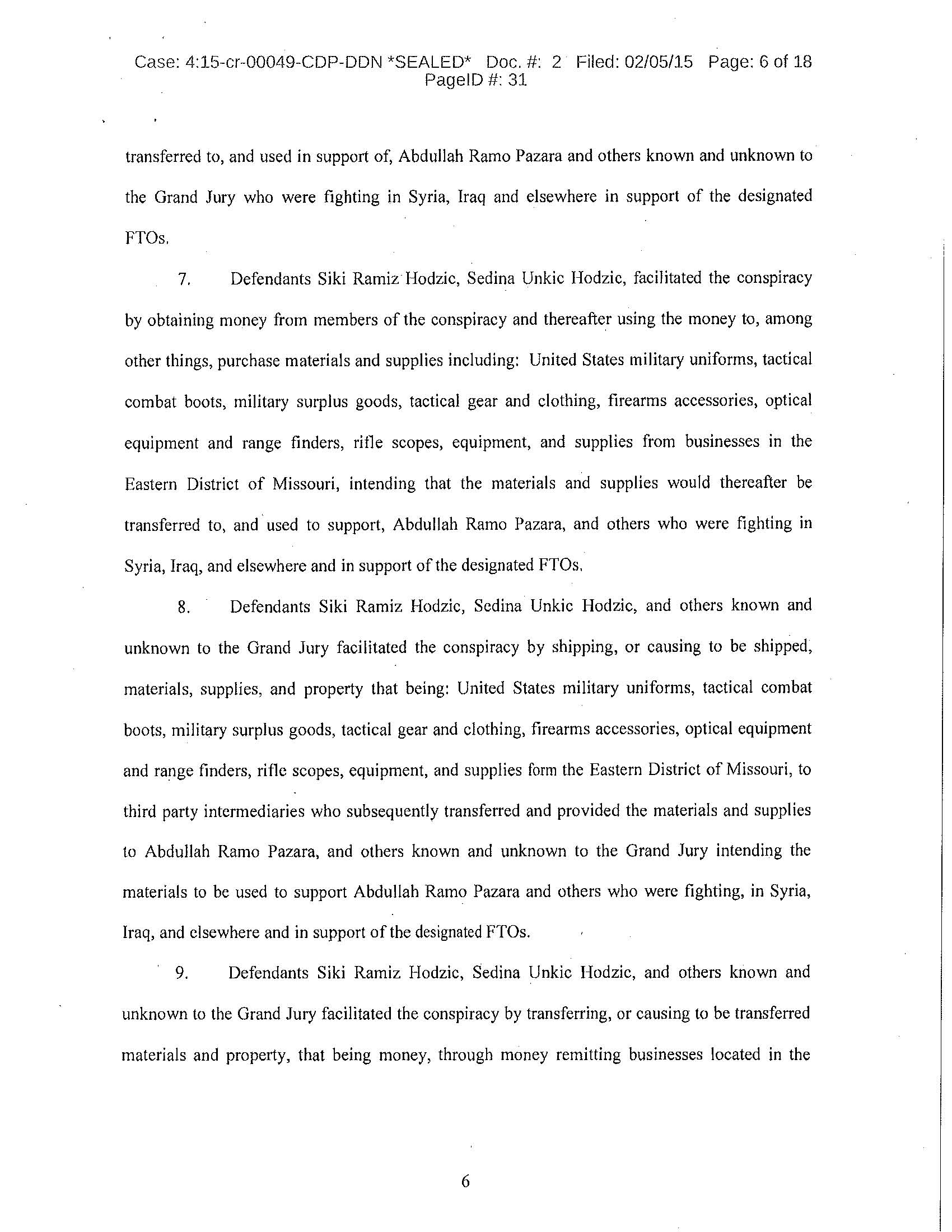 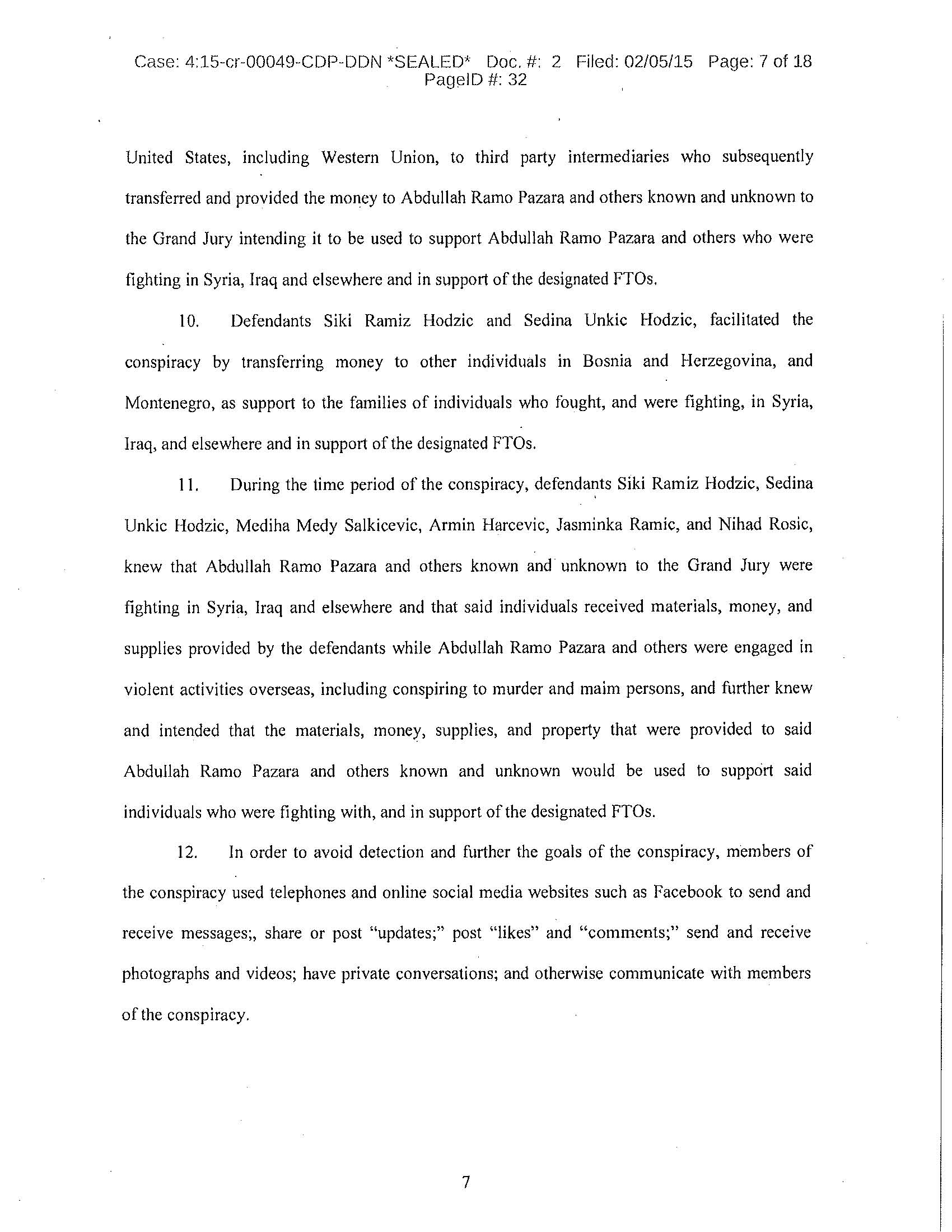 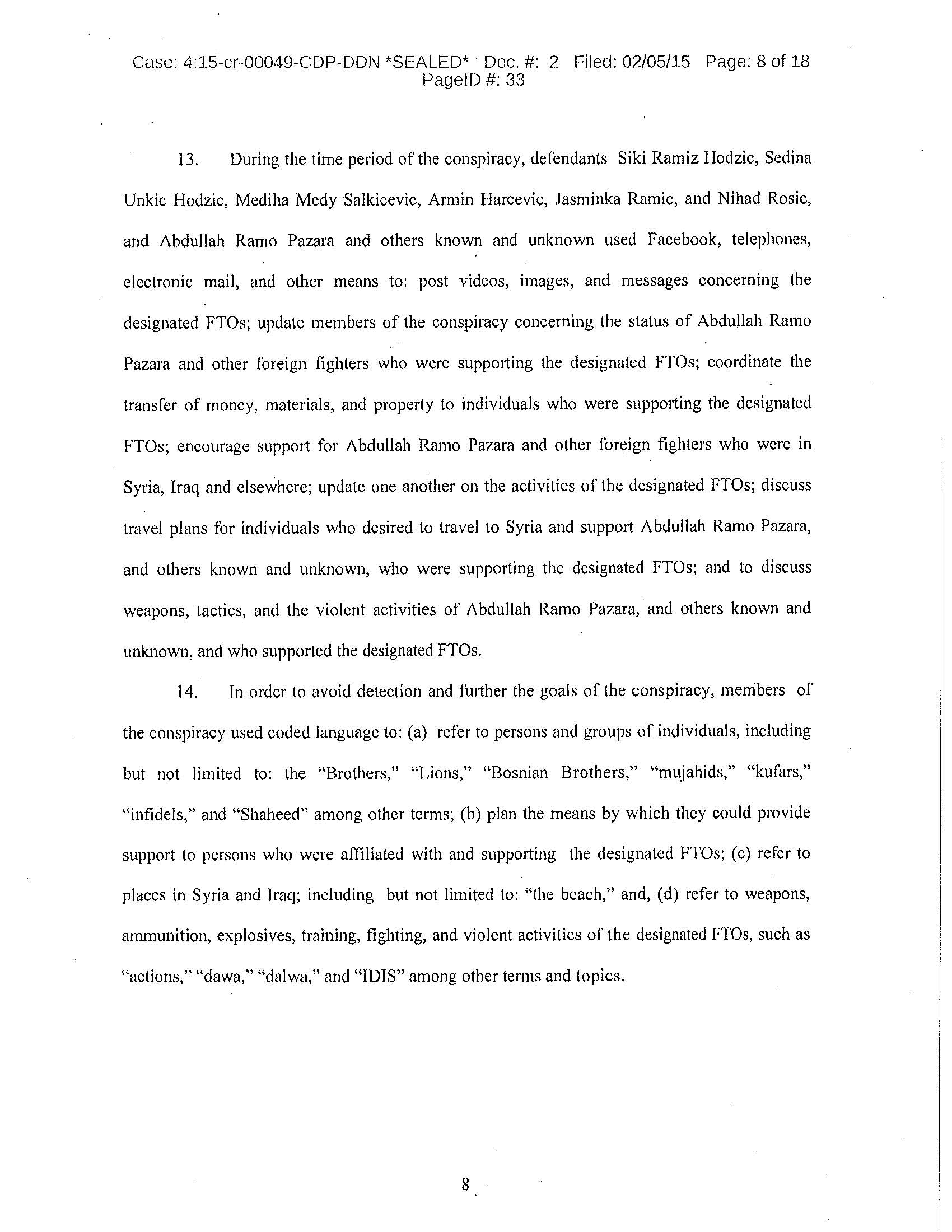 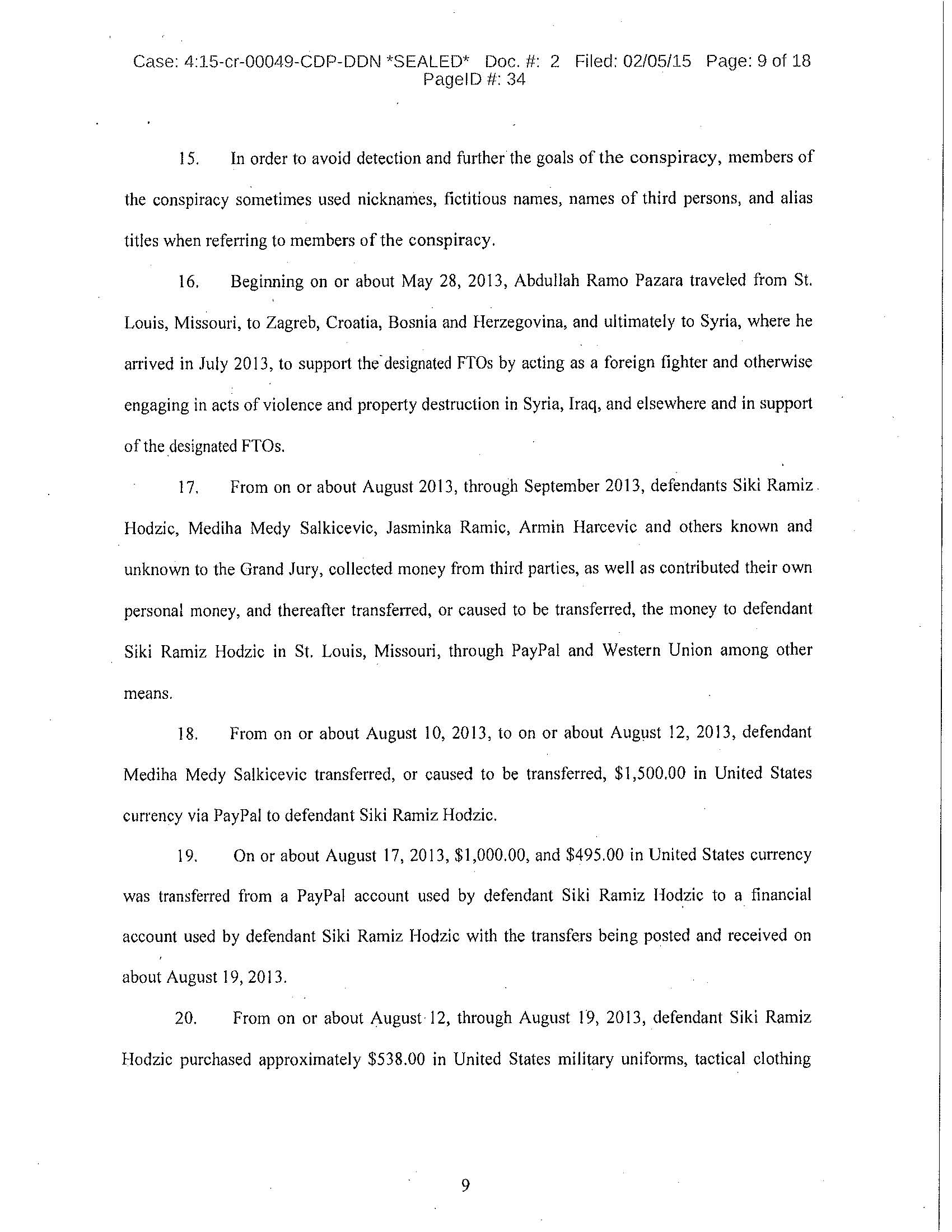 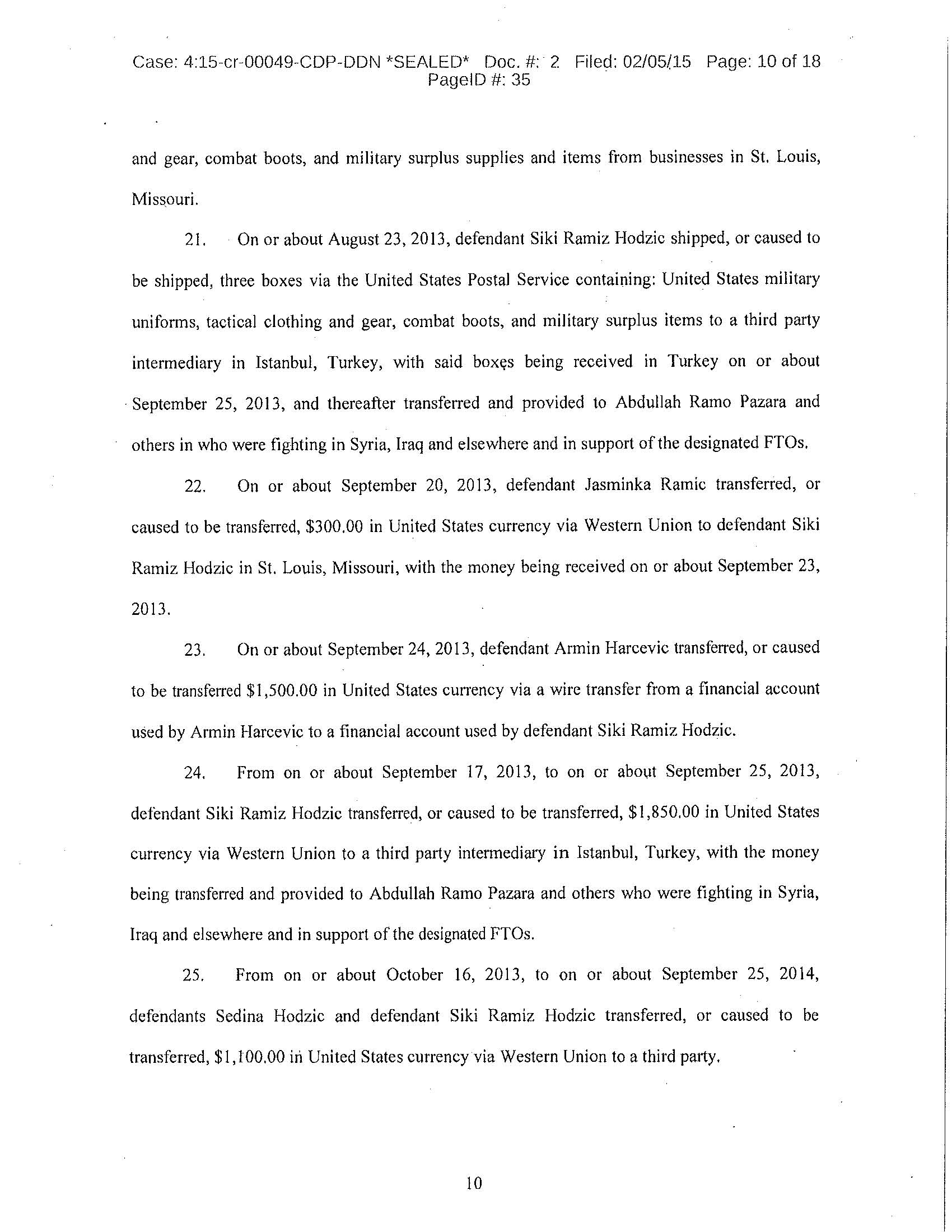 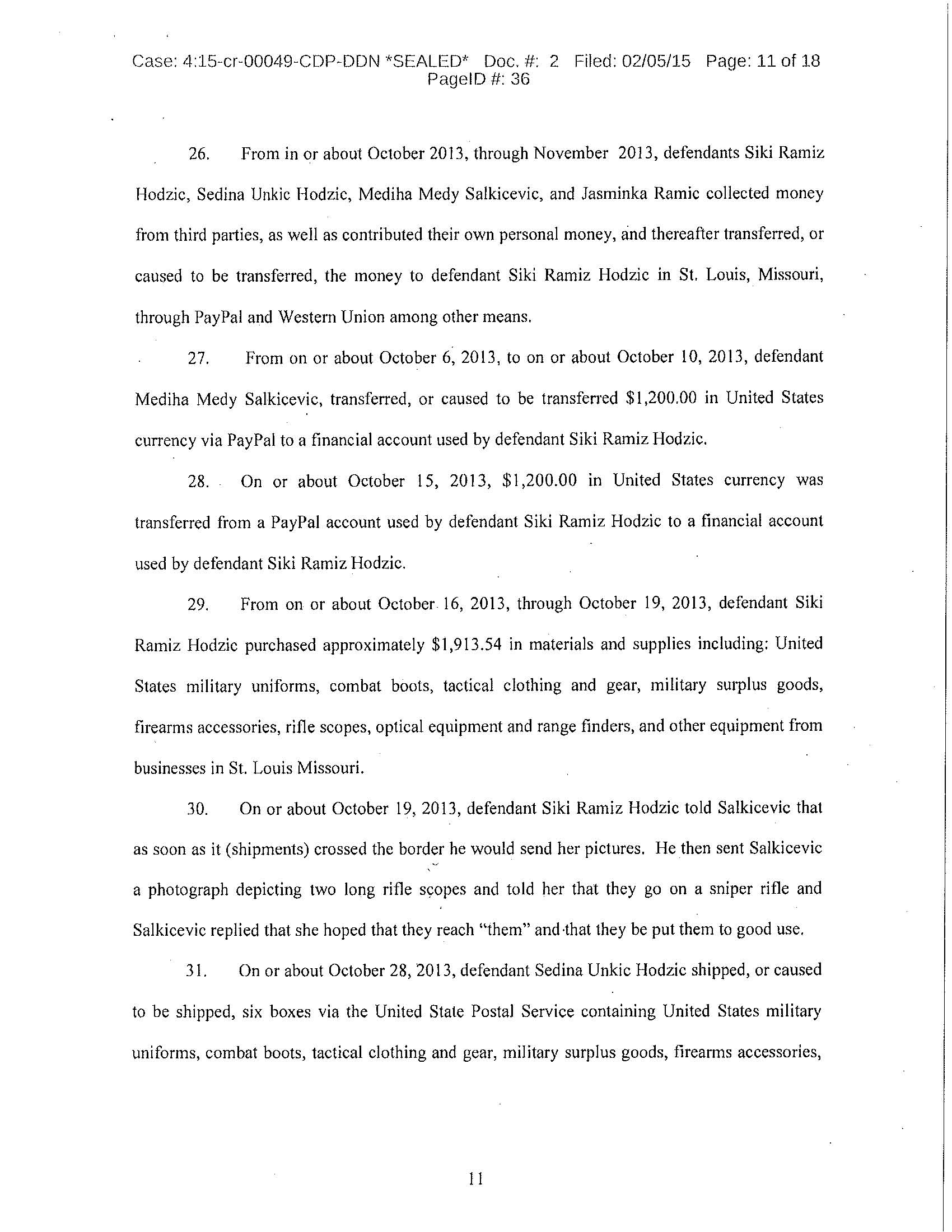 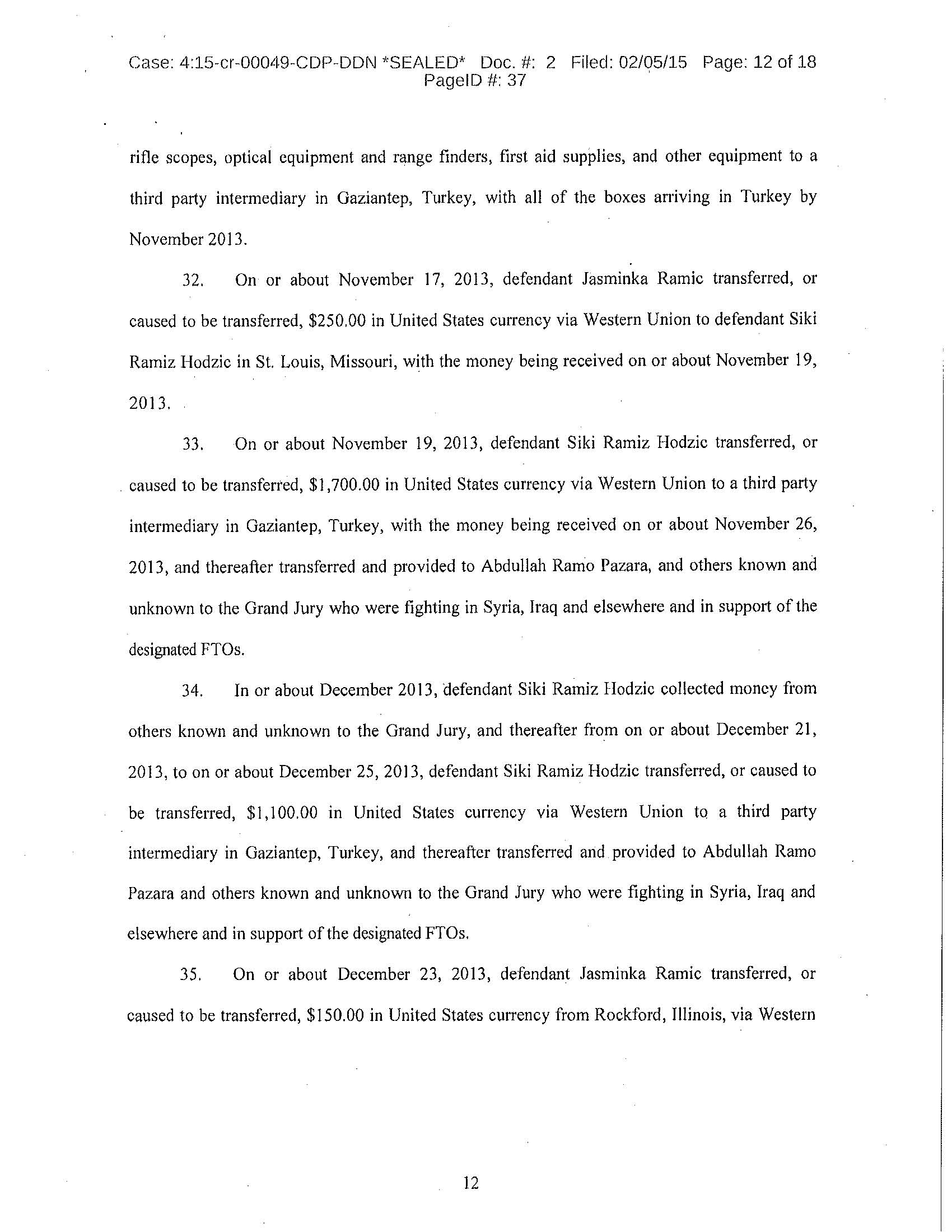 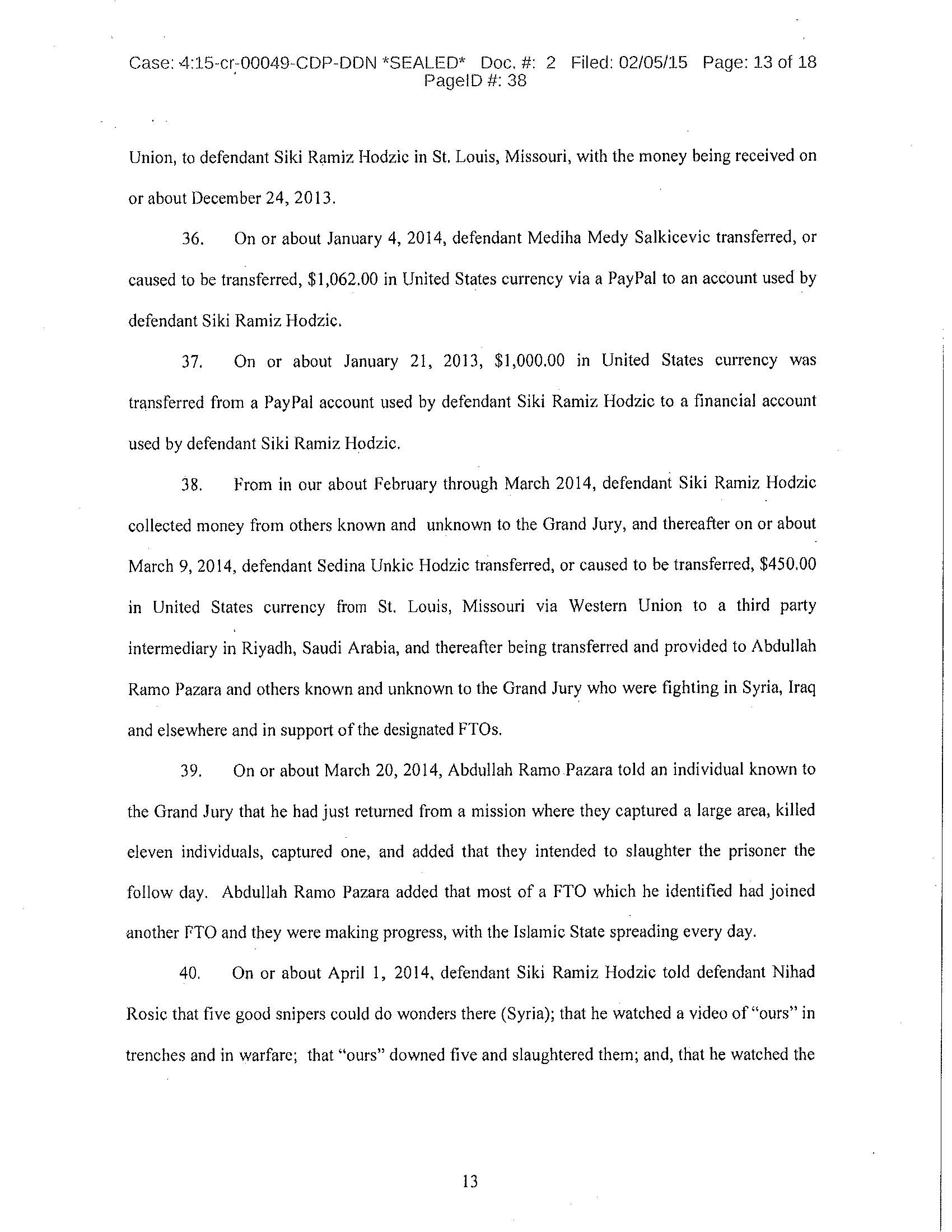 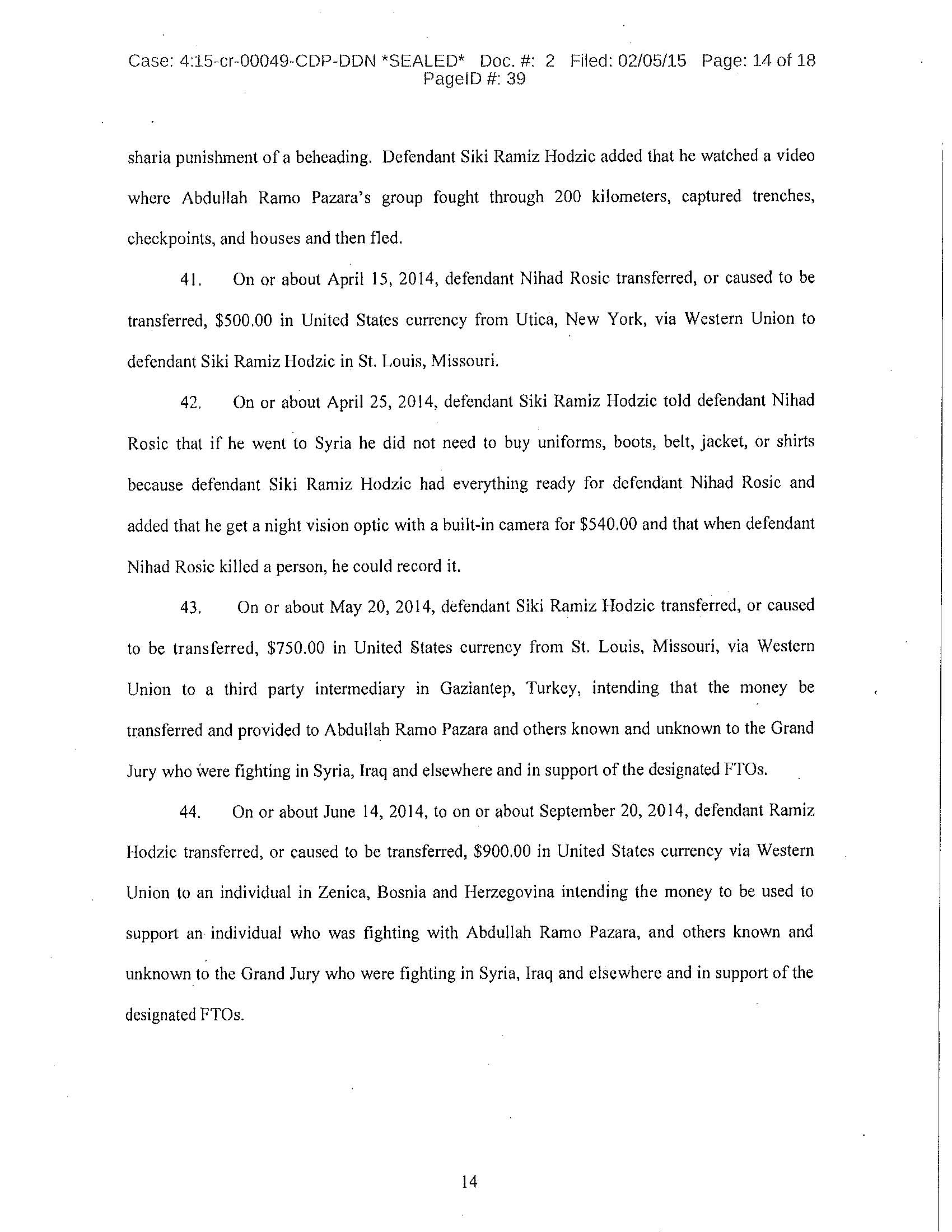 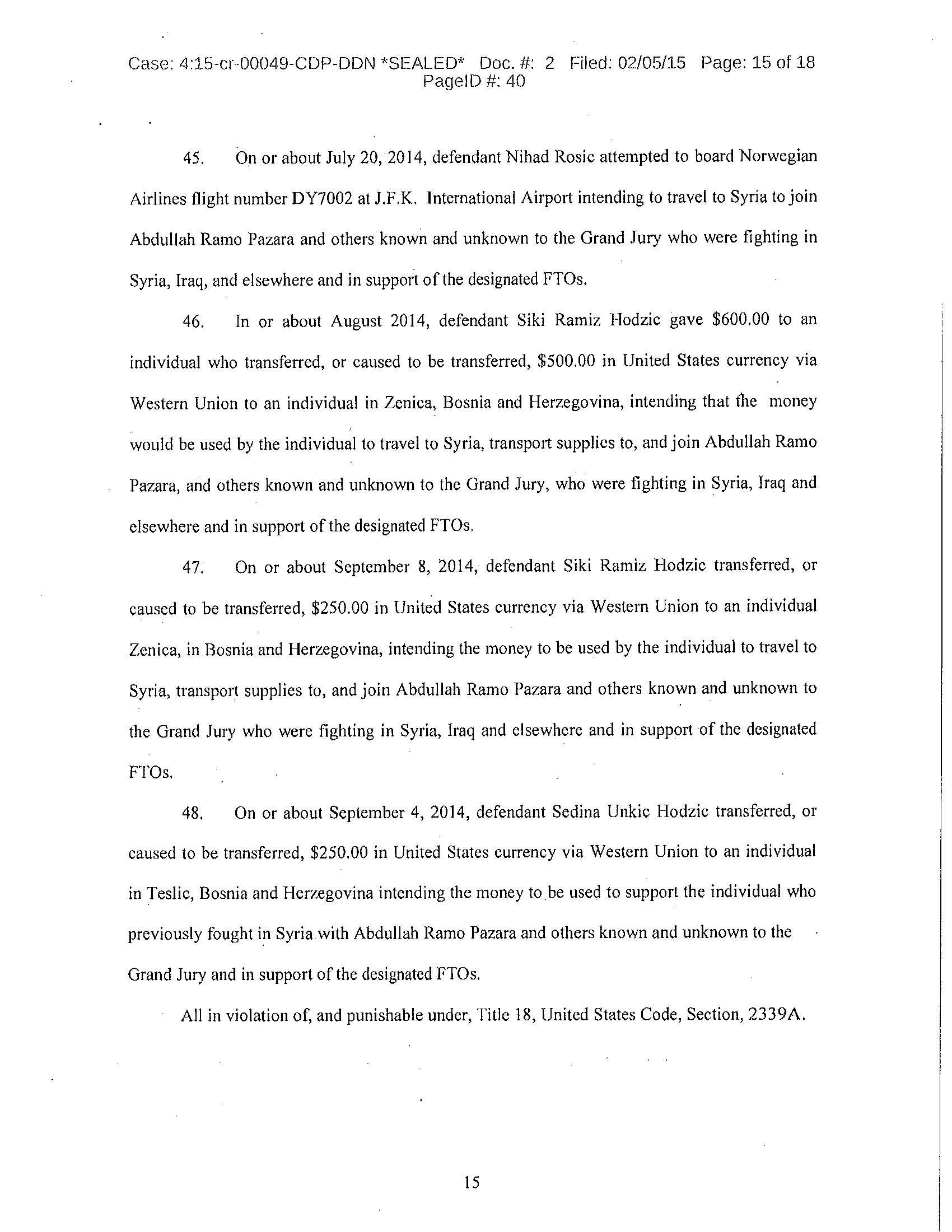 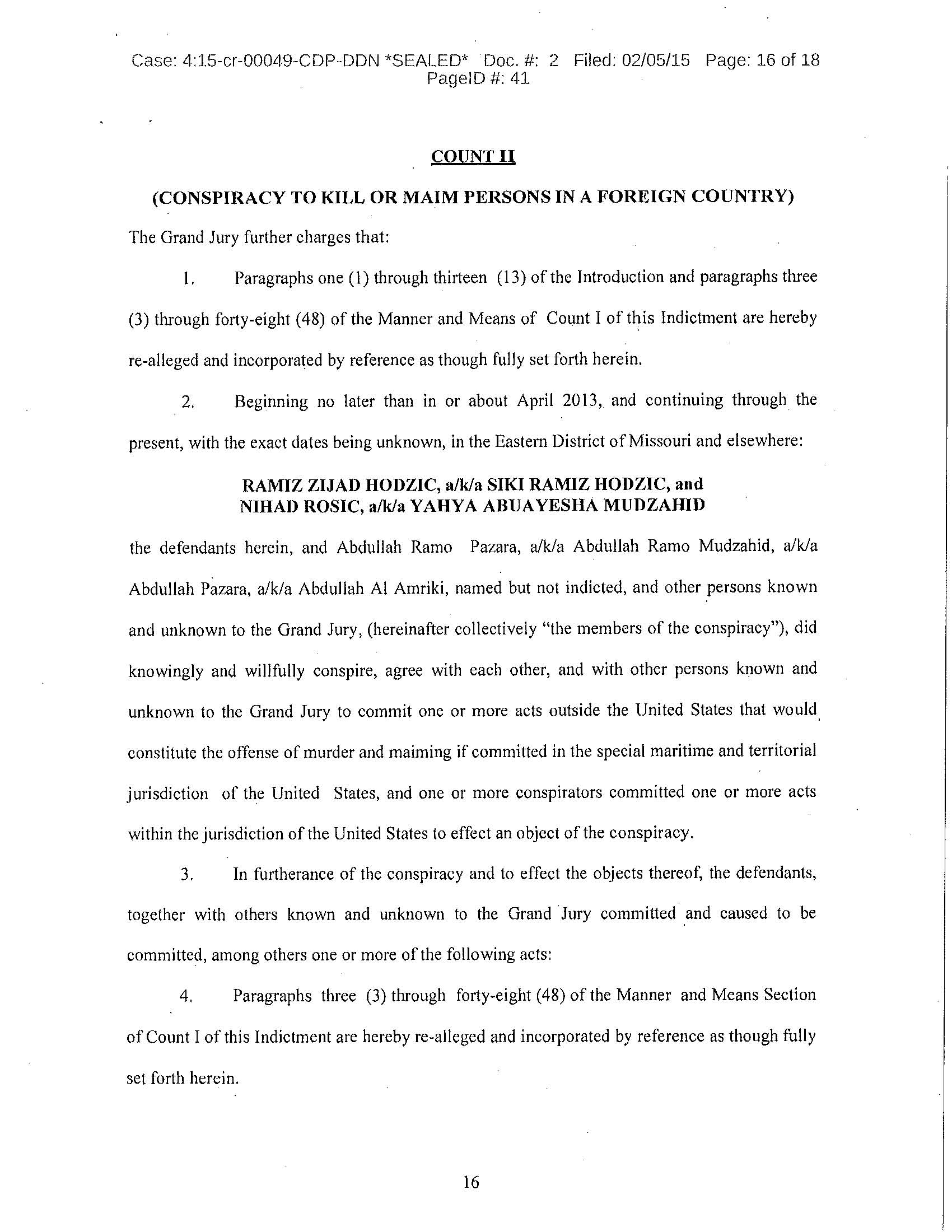 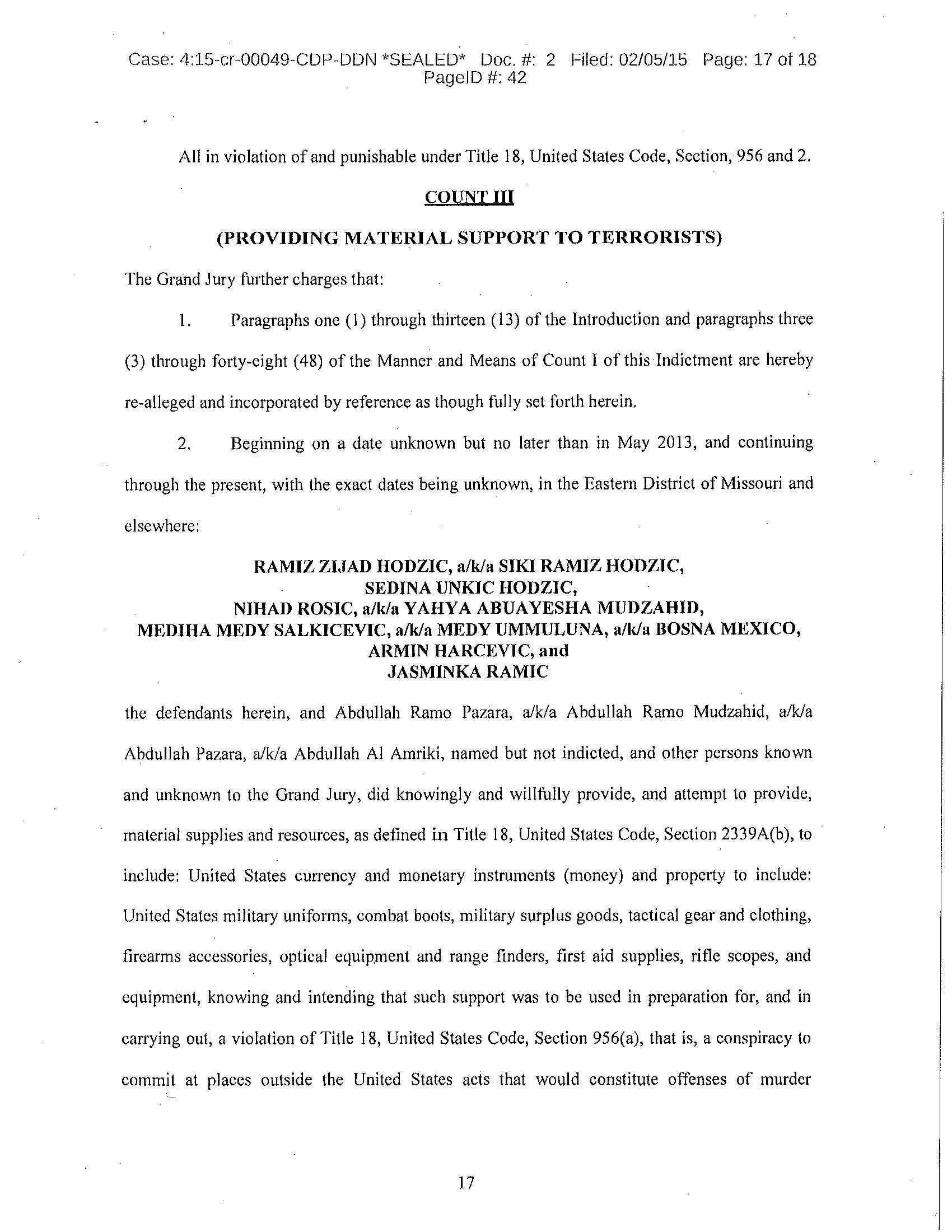 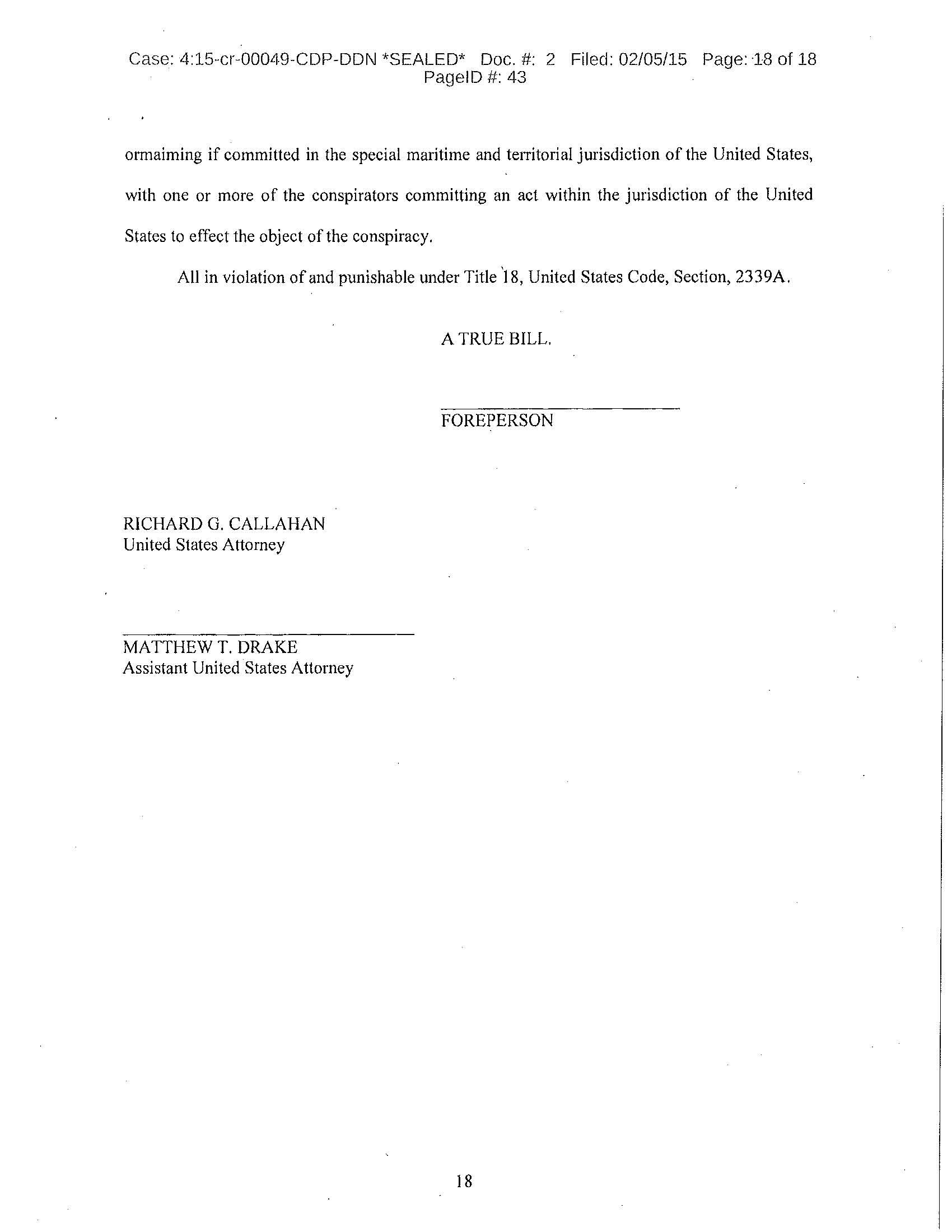