Skip to content
Breaking News
Breaking News
IL: 65 deaths/4,596 cases; MO: 12 deaths/903 cases. List of St. Louis area coronavirus disruptions
Live Now
Live Now
White House coronavirus briefing in the Rose Garden
This is an archived article and the information in the article may be outdated. Please look at the time stamp on the story to see when it was last updated.

Police say Wiliam Lamberson, 29, thought he was texting friends to get a, "hook up." But, he accidentally dialed Captain Brian Bergen of MCSO's Narcotics Unit.

Bergen initially asked Lamberson who he was and to send a photo of himself. Lamberson texted back and said the two met at a 7-Eleven. He then asked if Bergen had any weed he could buy from him. The captain played along and continued to text the suspect for several days.

Wiliam Lamberson, 29, was arrested and charged on suspicion of possession of a controlled substance with the intent to sell, according to the Martin County Sheriff's office.

The last line of the police department's Facebook post reads, "It’s probably a good time to let Mr. Lamberson know, he had the wrong number."

The sheriff's office posted the entire exchange on Facebook in a post titled "WHEN TEXTING GOES WRONG." 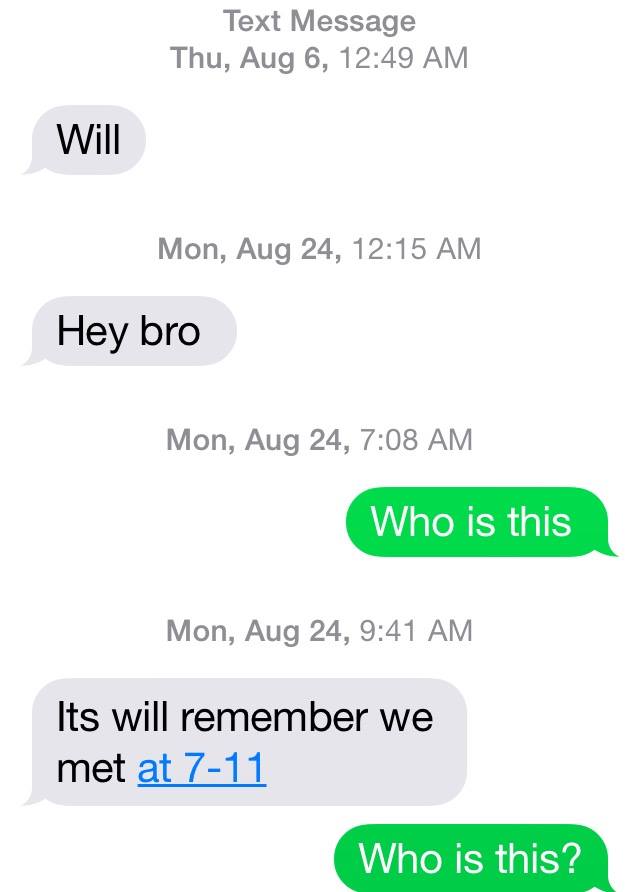 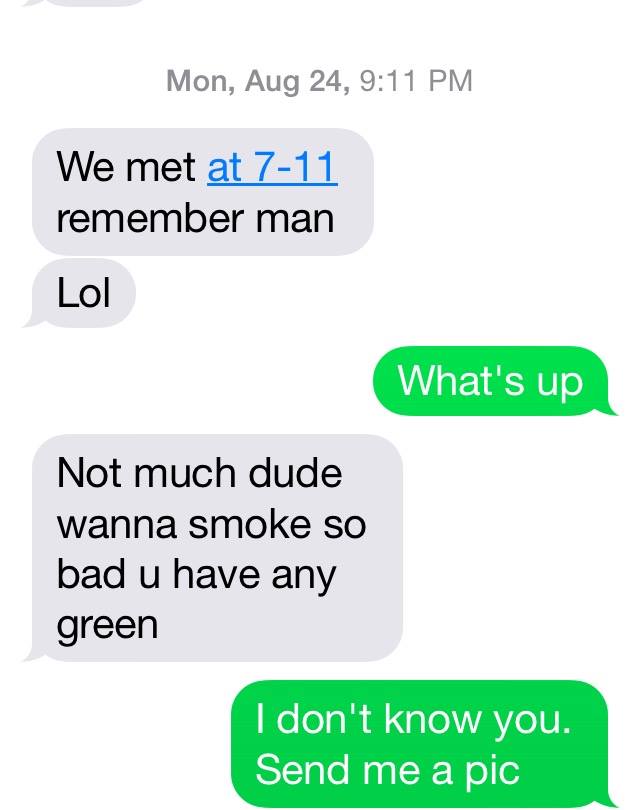 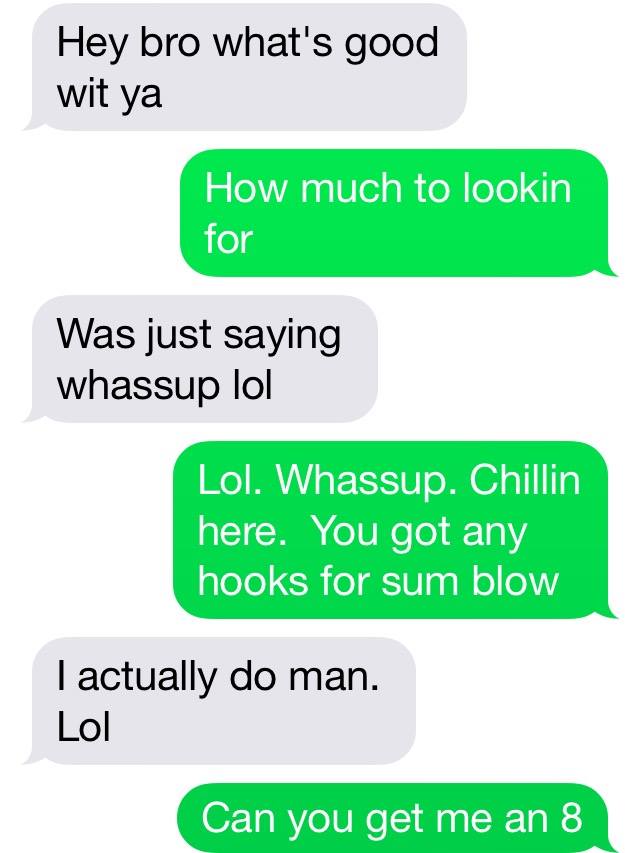