Skip to content
Breaking News
Breaking News
IL: 5,390 deaths/ 120,260 cases; MO: 772 deaths/ 13,147 cases. List of St. Louis area coronavirus disruptions
This is an archived article and the information in the article may be outdated. Please look at the time stamp on the story to see when it was last updated. 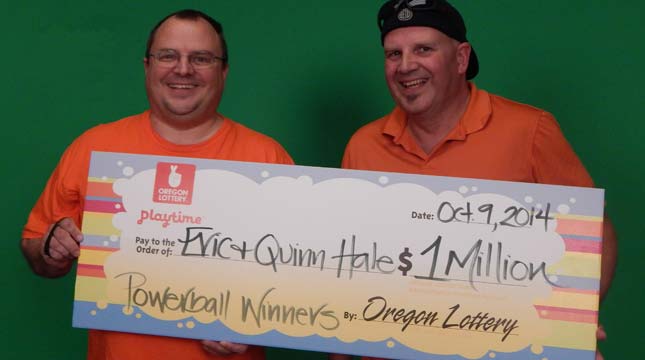 Bend, OR (KPTV) — A Bend man is in the running for the best brother ever.

Eric Hale of Bend won a $1 million jackpot in the Sept. 24 Powerball drawing. He correctly picked five numbers, but missed the Powerball.

After learning he had won, Hale quickly called his brother in Yakima, WA.

“When I was a kid, I promised my brother that if I ever won the lottery, I would split it with him,” Hale said. “He was my first call when I realized I won.”

“This is beyond cool,” he said. “I never believed he would actually do it.”

After taxes, each brother took home around $335,000, according to the Oregon Lottery.

Eric Hale purchased the winning ticket at Quick Way Market in Bend on the way to visit his mother. He played the same numbers he has picked for the past 20 years.

Gov. McMaster to hold press conference with law enforcement on Sunday at 1 p.m.

Arrest made after 8 California homeless people given poisoned food, their reactions recorded