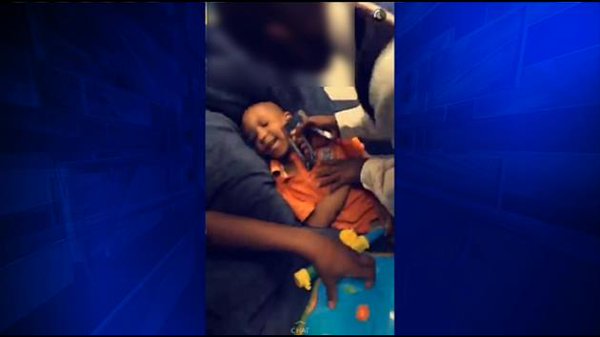 OPA-LOCKA, Fla. – A South Florida mother is speaking out after finding photos of her young son pinned down at school, a staple gun pressed to his face.
“Anything could have happened, he could have poked his eyes, his mouth, his nose,” the boy’s mother, Danielle Ademas, told WSVN.  He could have stapled his face.”

The disturbing photos show a 17-year-old senior at the Grace Academy – a K-12 school – holding down her 6-year-old son, Dantrelle Womack, who is in kindergarten at the school, according to the boy’s family.

One boy pressed the staple gun to Womack’s face as the other took photos and posted them on social media, according to the station, which posted the following statement from the school:

“Grace Academy does not tolerate or condone on any level horseplay. We are investigating the matter. Also our staff is continuing our effort to speak with our parents regarding the situation.”

When asked whether he thought the boys were joking around, Dantrelle said no, adding, “they’re so rough.”

Ademas does not consider what happened to be horseplay on any level.

“It could have been worse than what it was, and you want to tell me he was just playing with my child with a stapler gun? No,” Ademas said.

Police looked into the incident but no arrests were made.