Skip to content
Breaking News
Breaking News
IL: 99 deaths/5,994 cases; MO: 14 deaths/1,327 cases. List of St. Louis area coronavirus disruptions
Watch Now
Watch Now
Live video of FOX 2 News
This is an archived article and the information in the article may be outdated. Please look at the time stamp on the story to see when it was last updated.

CHESTERFIELD COUNTY, Va. — A Virginia woman is recovering after she was brutally attacked at a Waffle House restaurant earlier this month.

Police said the incident happened at the Waffle House on Midlothian Turnpike on March 8.

“They approached us as soon as we walked through the door,” Rekeeta Squire said.

Squire told WTVR she was with a friend when she was confronted by two unknown women and asked about a relationship with a man. 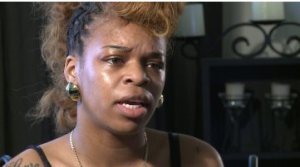 “I said, ‘What’s the problem?’ She said, ‘I give you a problem. I built like this, I do this, I’m about this life,'” Squire explained. “After that, she just swung.”

Cell phone video captured more than three minutes of the fight. Portions of the video show the victims’ hair being yanked and her head being slammed into the restaurant’s window.

After the fight ended, Squire drove herself to the hospital where she received treatment for a concussion and back injury.

“Blacking out, blood running down my nose, nobody help me. Waffle House people recording it, didn’t help,” Squire said. “Nobody, nobody came on the scene. Nobody tried to stop it. Everybody was laughing.”

“I was like, ‘How could someone do this? What kind of animals are these,” Rekeeta’s mother, Regina Squire, asked.

Regina Squire was shocked when she watched the video and did not see anyone offer to help her daughter.

“I feel like that was a malicious wounding and they had no mercy for Rekeeta. Rekeeta could have been dead and these people are sitting there laughing,” Squire added. 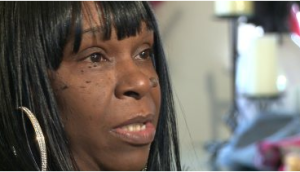 The Squires said they are now looking for justice.

“I feel like they should serve jail time because they need to learn you don’t just walk up in a public place and attack people…,” Regina Squire said.

Waffle House issued a statement regarding the incident:

“The safety and security of our customers and associates is a top priority for us. We are continuing to investigate this incident to gather all the facts and will take the appropriate actions necessary.”

Loss of smell and taste can be only signs of coronavirus