KMSP-TV reports that the 33-year old machinist and artist was hoping to pull a prank on snow removal crews in his neighborhood.

Police discovered the “Back to the Future” car in the middle of the street. A hilarious photo posted to Facebook shows the police officer staring the car in a snow removal zone. The sculpture must have looked believable. Officers ended up writing him a ticket that read, “You made our night hahahahaha :)”

“I did the car to have fun expressing my creativity on that beautiful day,” he said. It’s illegal to park on the road during snow removal, and that’s what probably attracted the police.

Snow plows removed the snow car the next day. 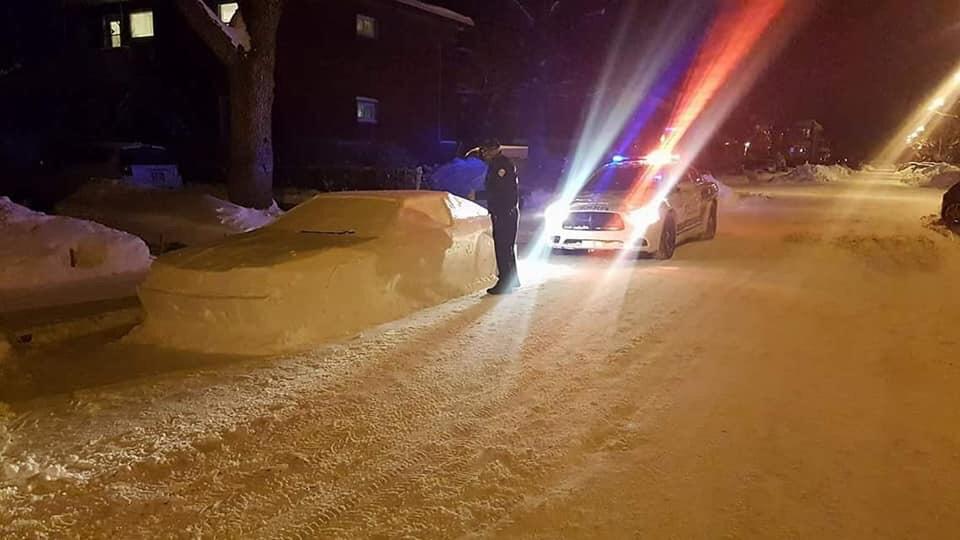 The Making of The Drew Barrymore Show

Drew Barrymore takes fans behind the scenes of the year-long journey to bring The Drew Barrymore Show to life, from conception to the September 14th premiere. You can watch the show weekdays at 2:00 pm on FOX 2.

EAST PROVIDENCE, R.I. (WPRI) — Have you eaten a lot of chocolate during the pandemic? You're not alone.

Chocolate sales have spiked in the past few months, according to a report from the National Confectioners Association. The data shows demand for the confection has surpassed demand for overall candy from March to August.

Hundreds of cars, motorcycles driving around I-469 in ‘Circle the Fort’ Trump Rally

Much needed rain & big temperature drop ahead for the St. Louis region