Skip to content
Breaking News
Breaking News
Map of St. Louis area COVID-19 cases – MO: 1,069 deaths/ 27,133 cases IL: 7,168 deaths/ 152,962 cases.
This is an archived article and the information in the article may be outdated. Please look at the time stamp on the story to see when it was last updated. 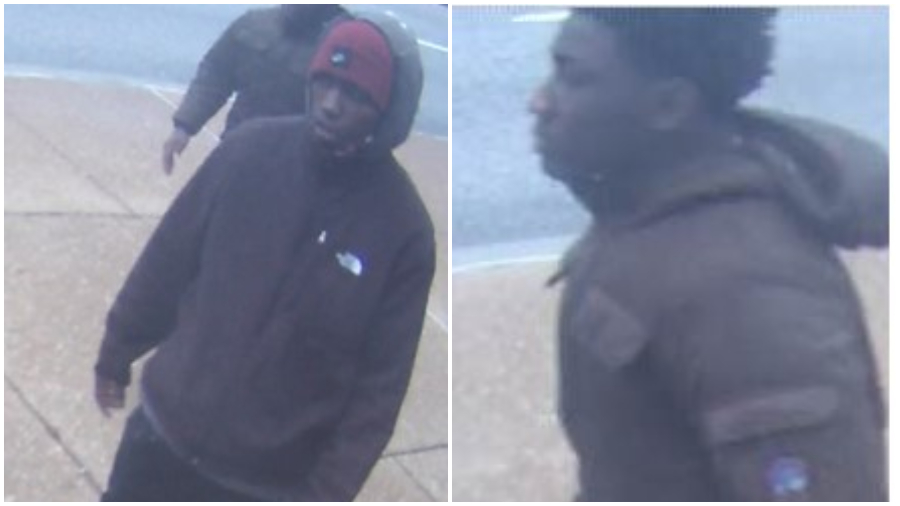 UNIVERSITY CITY, Mo. – Investigators with the University City Police Department are asking for the public’s help in identifying and locating two people who committed a strong-arm robbery just blocks away from the Delmar Loop.

According to a police spokesperson, the robbery occurred Thursday around 2:45 p.m. in the 6800 block of Kingsbury Boulevard. The victim told police two young men approached and demanded the person’s cellphone. The suspects got the cellphone and ran off.

Police described the second suspect as an African-American teen with a medium build and medium-dark complexion, a medium afro hairstyle, wearing a brown puffy jacket with a blue emblem on the left sleeve, black sweatpants with a grey stripe, and black shoes.

Anyone with information about the robbery is asked to call the University City Police Department at 314-725-2211,

Police said the shooting was in the 4200 block of Neosho Street. The 22-year-old arrived at the hospital conscious and breathing.

ST. LOUIS - A teenage boy was shot in the wrist Saturday 10:59 p.m. in McKinley Heights.

Police said the 17-year-old boy made it to the hospital. He told them he was walking on Ann Avenue after turning east from Jefferson Avenue when an unknown dark car pulled up next to him and fired two shots. Police said an unknown number of people were in the car.