FRANKLIN COUNTY, MO (KTVI) - 19-year-old Kimberly Medenblik is lucky to be alive, she has a broken arm, bruises and six staples in her head.

She says the attack on her life was the result of a drug induced mania that started Monday morning in Sullivan at the home of 37–year- old Chrystal Ghem over a cell phone.

“She said that I had released her demons. You could just see the evil come out of them.” Mendenblik said

Ghem, Jason Kerbel and another man allegedly kidnapped, stripped, beat and forced Medenblik into freezing waters in remote woods along Little Indian Creek in Franklin County. She was found on the side of the road by a couple after three hours in the cold.

So far Ghem, and Kerbel are in custody charged with kidnapping, assault and armed criminal action. A third man has been released but detectives say he can face charges in the future.

Now Medenblik is working on her recovery from both the beating and drugs that sent her down a cold and dark path. The teen is planning to enroll in college as soon as she’s done with the healing process.

“What they did to me will affect me for the rest of my life.” She said. 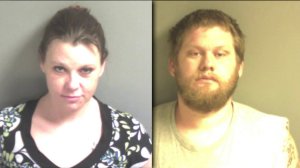 We get the inside scoop from a few of the judges.

ST.LOUIS, Mo. - New research shows there could be benefits from drinking a few cups of coffee a day.

According to researchers, coffee can help slow the progression of advanced colon cancer.

SEATTLE (AP) — A U.S. judge on Thursday blocked controversial Postal Service changes that have slowed mail nationwide, calling them “a politically motivated attack on the efficiency of the Postal Service” before the November election.

Judge Stanley Bastian in Yakima, Washington, said he was issuing a nationwide preliminary injunction sought by 14 states that sued the Trump administration and the U.S. Postal Service.