ST. LOUIS (KTVI) – Tuesday, March 7 is the St. Louis municipal primary election. Voters will be called to select the main candidates for St. Louis mayor and aldermanic positions, as well as the future of regulating payday loan businesses in the city.

Mayor Francis Slay, the longest-serving mayor in the city’s history, declined to run for a fifth term in office. Term limits are not in effect for the position.

For nearly seven decades, every mayor of St. Louis has been a Democrat, meaning the winner of Tuesday’s Democratic primary will likely be the next mayor. Mayor Aloys P. Kaufmann was the last Republican to hold the office, from 1893 to 1949.

Seven men and women have declared for the Democratic nomination and three men on the Republican side. The Libertarian and Green parties each have one person running in the primary. Meanwhile, Kacey Cordes and Rev. Larry Rice have pledged to run in the general election as independent candidates.

The full list of mayoral candidates is as follows (candidates are listed alphabetically, with links to either a campaign site or Facebook page if applicable):

The polls open at 6 a.m. and close at 7 p.m. However, if you are in line at the time the polls close, you will be allowed to vote! You can find your voting place by clicking this link and entering your address.

In addition to the mayoral and aldermanic primaries, Proposition S puts the matter of regulating payday loan companies in the city. If approved, the law would require such businesses to post what they charge in interest and fees, increase the permit fee for payday loan companies, and use those new funds to create a commissioner position to oversee the enforcement of all regulations on said businesses.

You can find a sample ballot below. It lists all candidates across the major parties and presents the full text of how Proposition S will appear on the ballot. 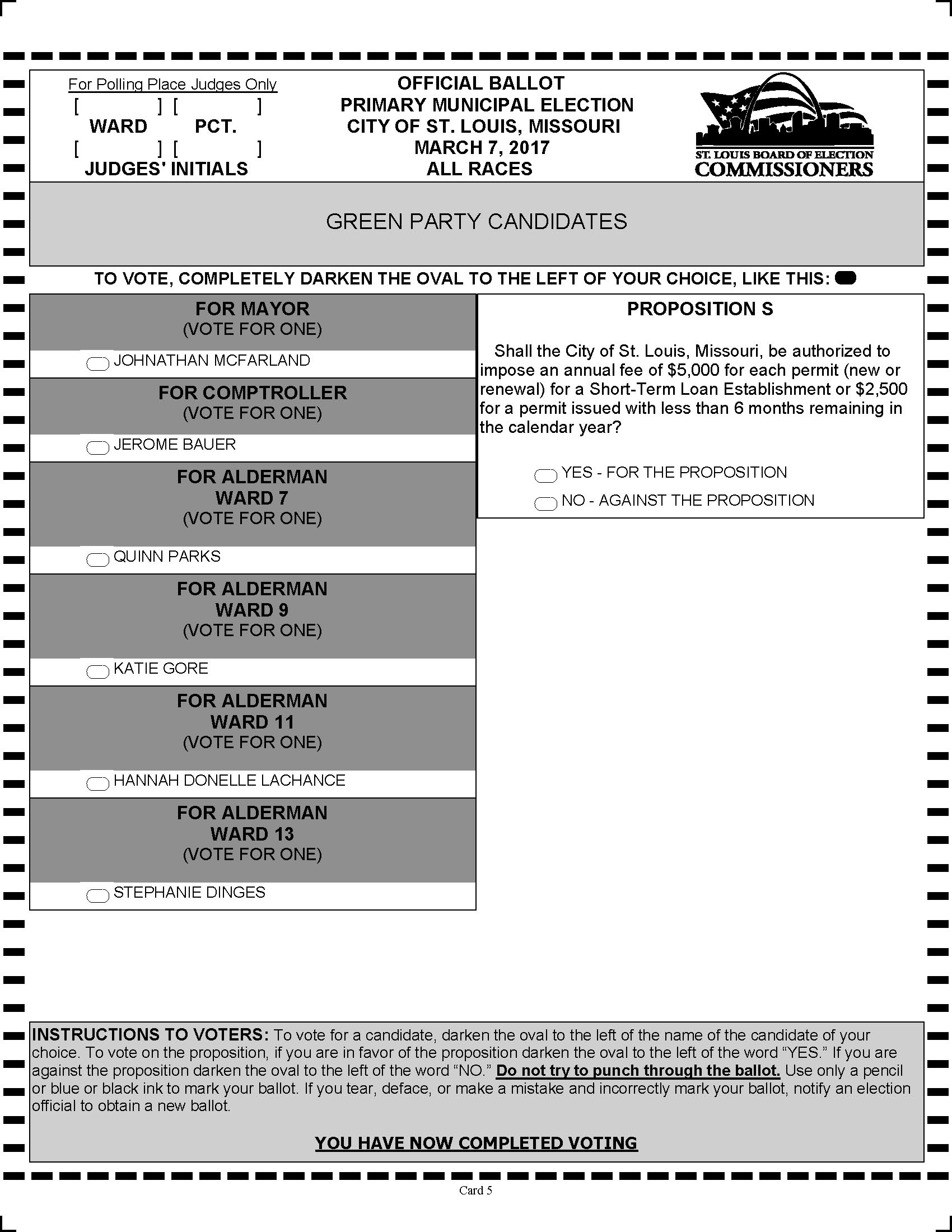 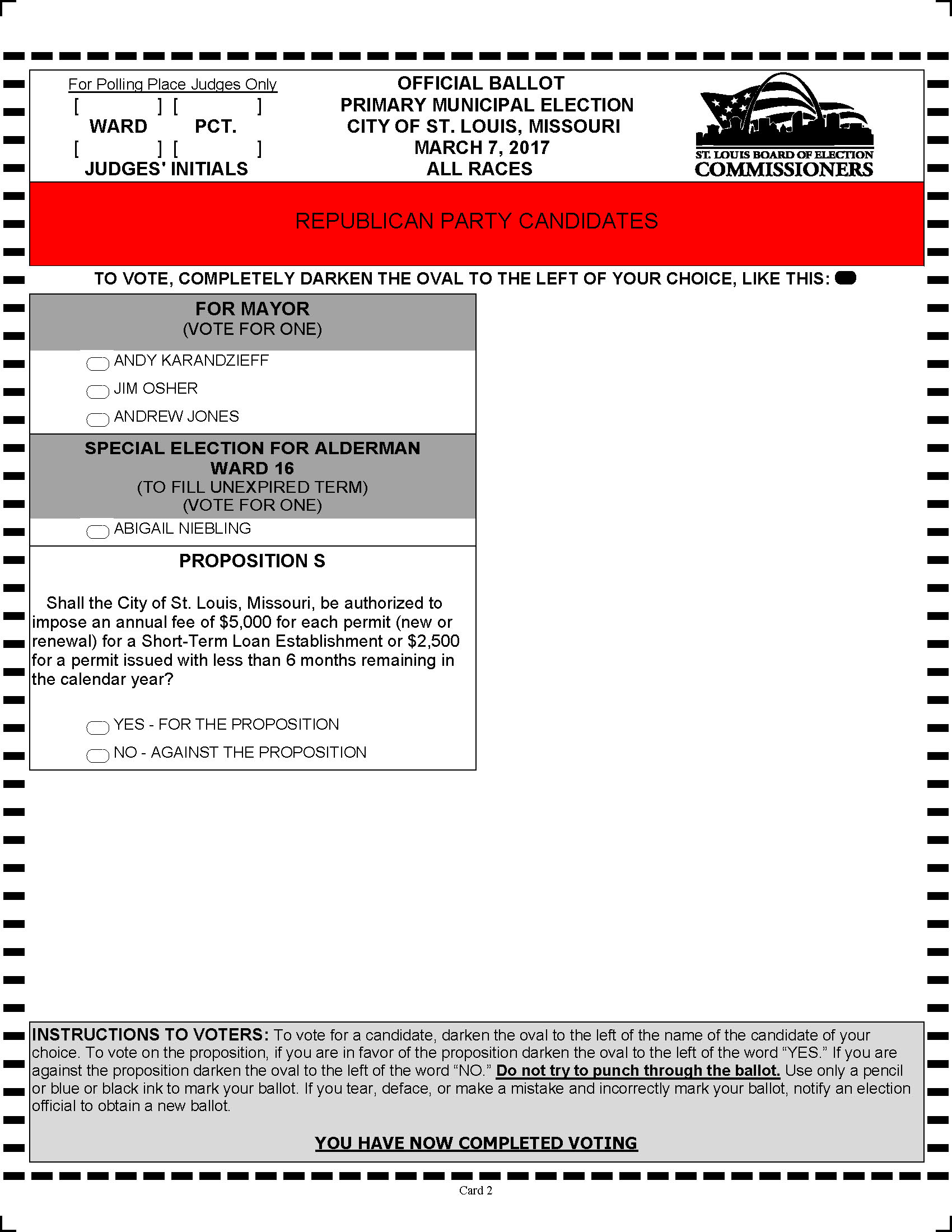 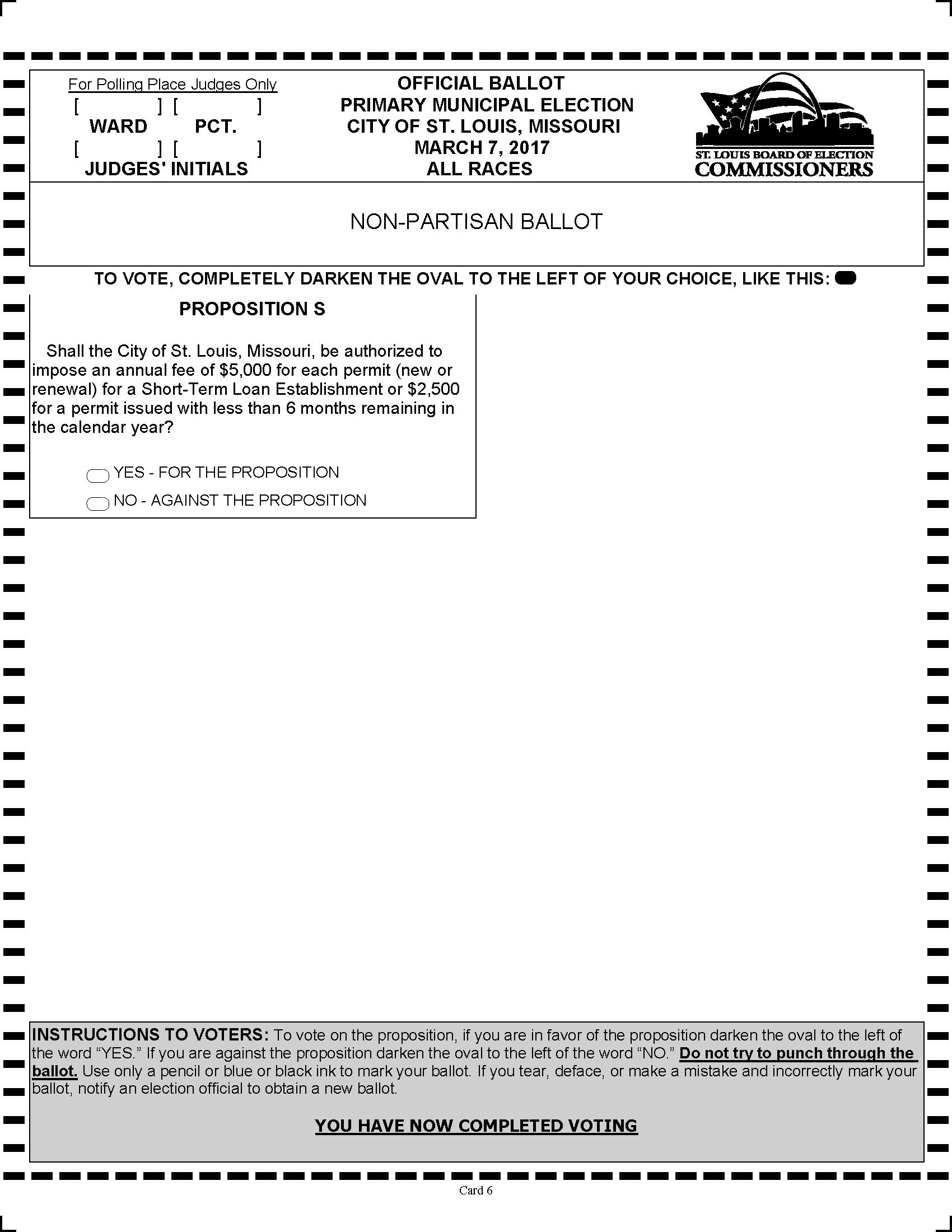 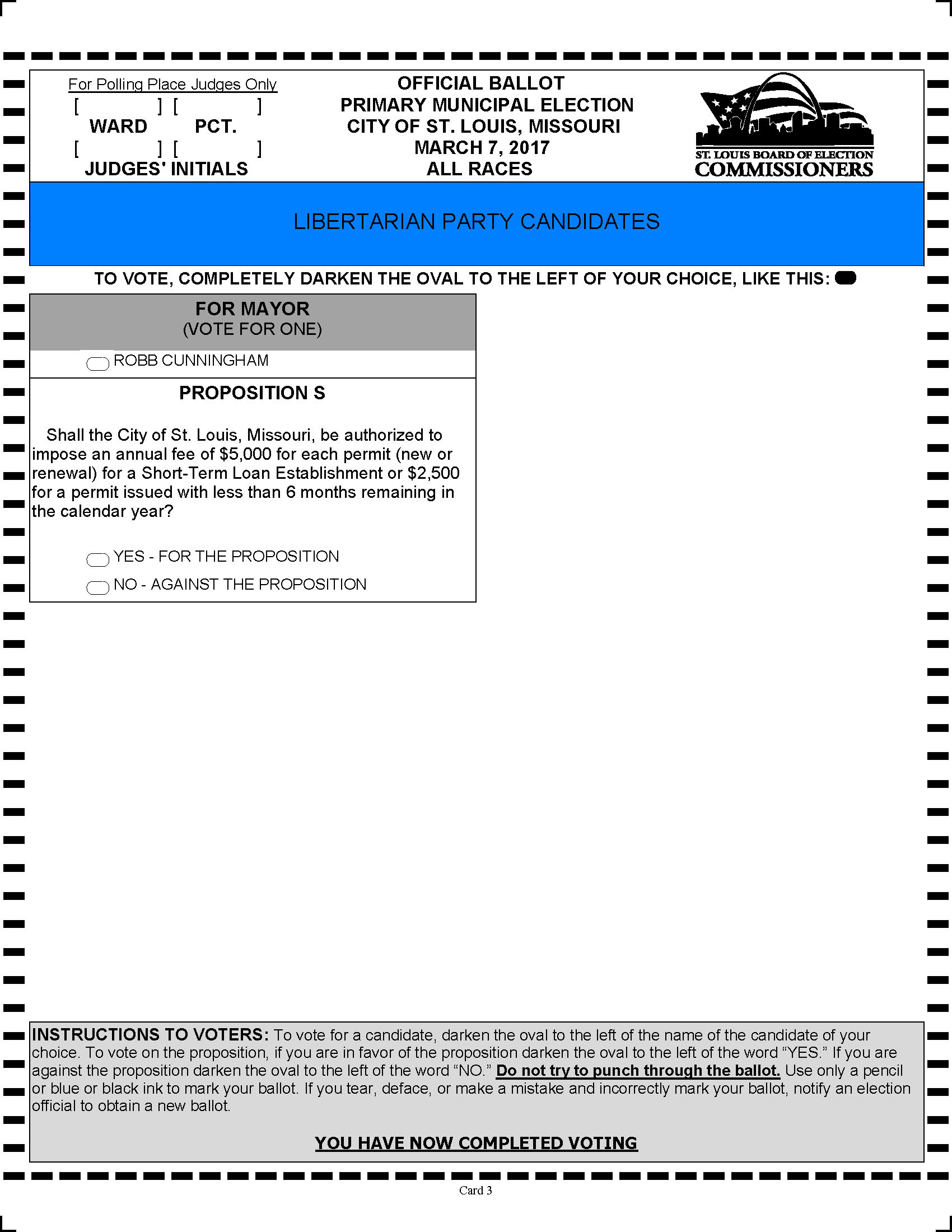 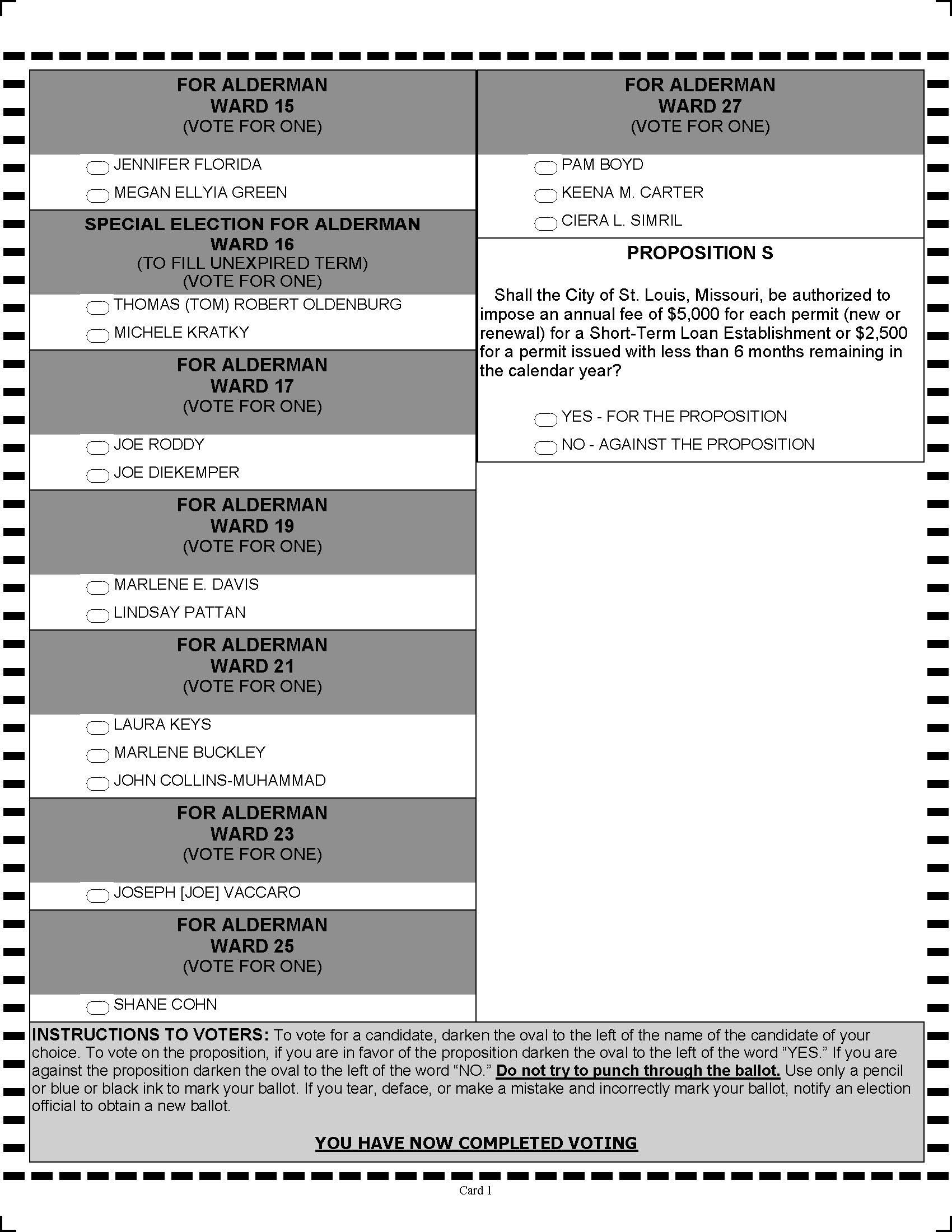 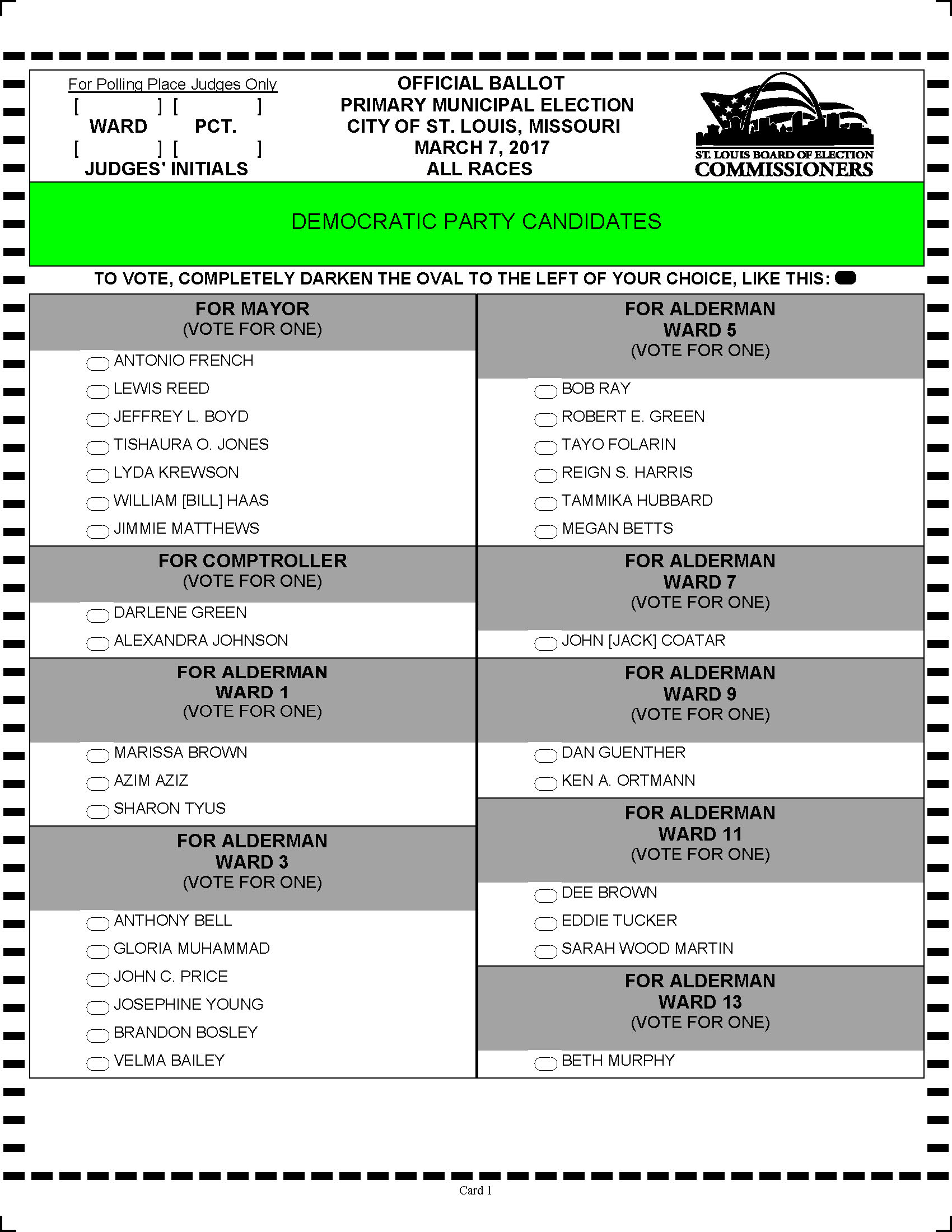 ST. LOUIS – With snow in the forecast, area road crews spent Tuesday preparing or Wednesday’s morning commute. While minor accumulations are forecasted, it does not take much to cause problems during a morning rush.

The state Legislature has until Monday to block raises recommended by an independent citizen panel.

ST. LOUIS – It’s a holiday of love but during the pandemic, we may be further apart than we’d like. It may not feel like it but Valentine’s Day is right around the corner.

Taste of the NFL: Fighting food insecurity during Super Bowl 55, here’s how you can help

Want to work at the Gateway Arch Riverboats? Here is your chance