Skip to content
Breaking News
Breaking News
Map of St. Louis area COVID-19 cases – MO: 1,083 deaths/ 27,890 cases IL: 7,193 deaths/ 154,799 cases.
This is an archived article and the information in the article may be outdated. Please look at the time stamp on the story to see when it was last updated.

JEFFERSON COUNTY, MO – Professionally trained volunteers and canines searched the land surrounding the Hillsboro Community Civic Center in Jefferson County Sunday (May 19) for any sign of a woman missing since 2005.

Amanda Jones’ family and friends gathered for a butterfly release to start the day. They were joined by the volunteers and canines.

“To release the butterflies, we’re hoping they’re going to reach out, and, you know, maybe they’ll touch somebody,” said Bertha Propst, Jones’ mother.

For ten years, Jones’s family has been trying to bring an outside group to search the civic center property.

Emails dating back to 2009 show Propst reaching out to officials at the Jefferson County Sheriff’s Office.

On March 25, 2009, Propst writes, “What is the latest on getting the permission needed to do the searches?” and, “I am doing all I can to get help and to find my daughter.”

On April 20, 2009, she writes, “Why have you not answered my email from almost a month ago? Have we not been through enough heartache and confusion?”

On May 20, 2009, she writes, “Have you even read my emails? Where are you on getting permission to do a search? I have the search teams in place and all they need is the OK. What is taking so long?”

With enough persistence, Jones’ family was able to bring Community United Effort, also known as CUE Center for Missing Persons, to Hillsboro to search the last place then 26-year-old Jones was seen. It is a non-profit organization based in North Carolina that helps to search for missing people across the country.

“I thank God that he sent these people that have a good heart that want to help find my daughter,” said Propst.

The group is made up of about 30 professionally trained volunteers from multiple states and their scent dogs including more than a dozen volunteers from the Eureka Fire Protection District Search and Rescue Team.

Storms that hit the St. Louis area Saturday night (May 18) had mostly moved out of Jefferson County by Sunday morning.

“The moistness and the weather today is a plus for the dogs,” said Marshia Morton a volunteers with SEMO Search Dogs and CUE Center for Missing Persons. “The wind is a deterrent, however, in the woods there won’t be a wind.”

Morton said the searchers would focus on the densely wooded area on the civic center property.

Jones disappeared on August 14, 2005. At the time, she was days away from giving birth.

She went to the civic center to meet Bryan Westfall, the man she believed to be the father of her unborn son. Westfall denies paternity.

The Jefferson County Sheriff’s Office did not participate in the search but had a detective on the scene to collect any evidence that may have been found.

On Thursday (May 16) a spokesperson with the sheriff’s office issued the following statement about this case:

“The Amanda Jones case is an open missing person investigation. It’s one we would love nothing more than to solve.

We investigate every lead that’s brought to our attention and should this weekend’s search uncover new evidence, we will certainly treat it seriously.”

For more information on the disappearance of Amanda Jones, check out the Fox 2 podcast here. 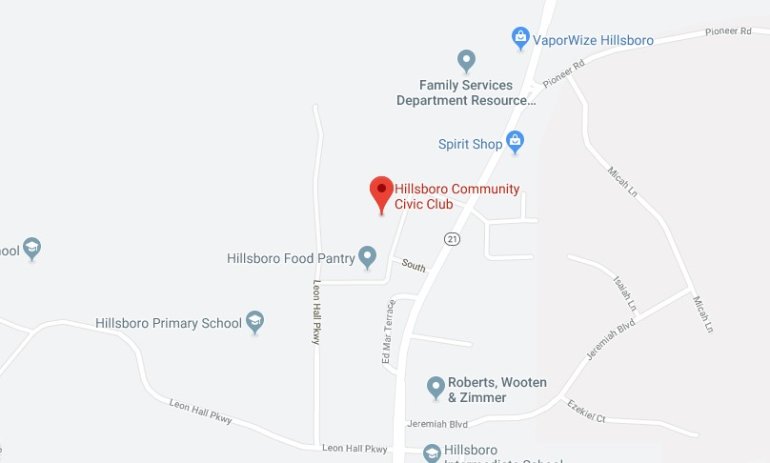 No word on whether the police responded.

ST. LOUIS - An investigation continues as St. Louis police try to find who is responsible for the murder of 22-year-old Jamaud Ali.  Very few details have been released on his case.

Fox 2’s Mikala McGhee attended a vigil where friends and family gathered together to celebrate his life.

ST. LOUIS - A major league pitcher is taking a stand for his health and he’s being cheered on by some of his fans who are also high risk.

Jordan Hicks is known as one of the hardest throwers in major-league baseball, but something you may not know is that he’s a Type I diabetic and Monday he announced he’s opting out of the 2020 season

St. Louis homicides up 24-percent from a year ago, as alderwoman describes a war zone

Report: Father says he was in process of custody exchange when crash that killed 1-year-old occurred

Heat is aiding venomous spiders’ push into our homes

St. Louis homicides up 24-percent from a year ago, as alderwoman describes a war zone