WENTZVILLE, Mo. – Wentzville police still have no leads in a brutal beating three weeks ago outside a local restaurant.

Andrew Grafeman said he was blindsided while waiting for an Uber outside the Hotshots Sports Bar and Grill on Wentzville Bluffs Drive.

The attack took place just after midnight on July 20. 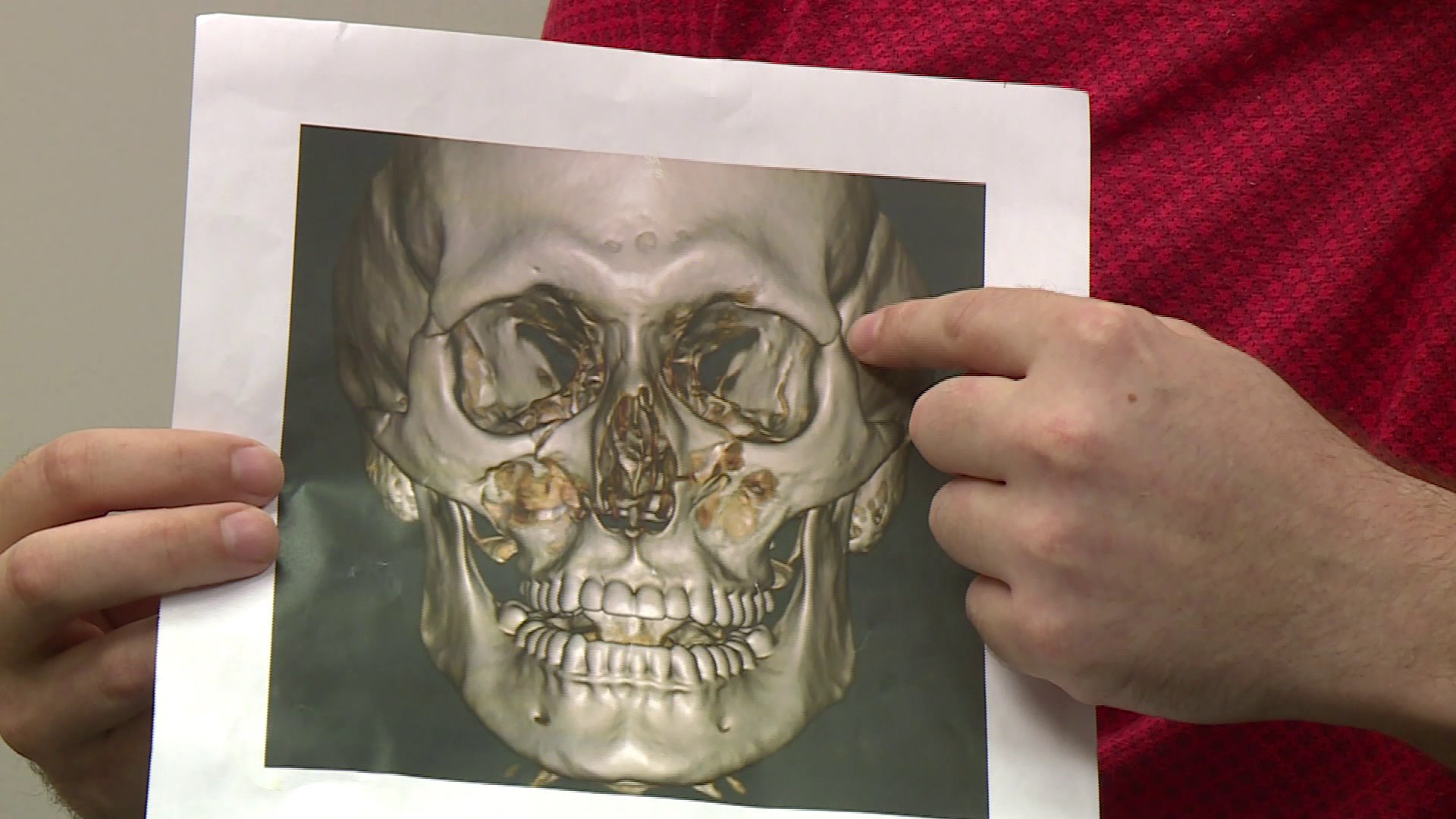 Grafeman was taken to the Barnes Trauma Center with several broken bones in his face. His jaw had to be wired shut and he now has several plates in his face.

Grafeman can’t remember what happened during the beating. He said he didn’t have a confrontation with anyone while at the bar.

Investigators said there’s no surveillance video but hope someone saw what happened and will provide them with a lead.