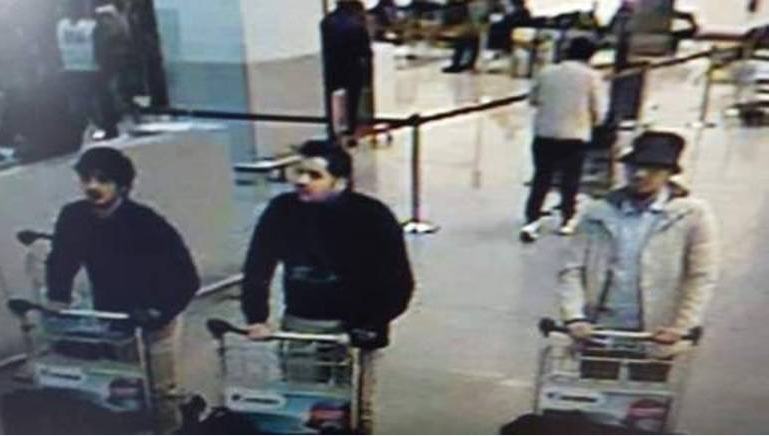 Attacks in Belgium’s capital killed at least 20 people at the Maelbeek metro station and at least 10 more at the international airport on Tuesday. ISIS claimed responsibility.

Brussels was effectively locked down in the immediate aftermath. All flights were canceled, public transportation was shut down and residents were told to stay indoors.

Here’s what we know:

One was a suicide bombing, according to Belgian prosecutor Frederic Van Leeuw. The other remains under investigation.

One blast took place outside the security checkpoints for ticketed passengers and near the airline check-in counters, according to an airline official briefed on the situation. A bystander’s video captured the horror of the aftermath, with people motionless on the floor and dust hanging in the air, obscuring visibility.

A third bomb was left at the airport but didn’t go off, according to Belgian Interior Minister Jan Jambon.

Metro station: About an hour after the airport explosions, another blast rocked the Maelbeek metro station toward the end of rush hour. The station is in the heart of the city, where European Union institutions are based, a symbolic target for terrorists. NATO is also headquartered in Brussels.

Bystander video depicted passengers stepping down from the cars in a dark tunnel, with a child crying.

Two of them carried out suicide attacks, and a third one is believed to have been a guide to ensure the other two would carry out the attacks, according to Van Leeuw and experts.

That third individual, dressed in a light jacket and hat, is being sought, the prosecutor said.

Belgian authorities have shared with security counterparts in the United States and elsewhere the names of several people they believe may have some role in the attacks, according to multiple U.S. officials. The names are being run through databases of suspected or known terrorists.

But the identities of the bombers aren’t clear to U.S. authorities, either because Belgian authorities haven’t completed identification or haven’t shared that information with counterterrorism officials in the U.S., the officials said.

Investigators have used surveillance video to track the movements of the three men seen in the photo released, one U.S. official said. The three are seen leaving a taxi and moving through the airport, according to two officials.

The third man, dressed in white, left the airport after accompanying the two. That appeared to be planned, the officials said.

A taxi driver who drove the suspects to the airport told investigators the location where he picked up the three men. He recognized the men from the surveillance images, officials said.

Investigators were searching residences, but they weren’t saying where, Van Leeuw said.

At least one police helicopter with a sniper hovered over the Schaarbeek neighborhood as darkness fell Tuesday. The chopper apparently provided cover for raids unfolding on the ground, analysts said.

“During a house search in Schaarbeek, investigators found a nail bomb, chemical products, and an ISIS flag,” the federal prosecutor said in a statement.

Airport discovery: Belgian media reported a Kalashnikov assault rifle was found in the departure hall of the Zaventem airport.

Suitcase bomb? Investigators are looking at whether one of the airport explosions may have been caused by a bomb inside a suitcase, while the other was a suicide bombing, according to a U.S. official briefed on early evidence from the investigation.

This investigation is only just beginning and there’s much that’s not yet known, the source added.

Working theory about airport: Investigators suspect the attack was one of opportunity, targeting a large group of people in an area near airline ticket counters, two officials say.

There’s no indication so far the attackers tried to go past the security screening checkpoint, but investigators will have to do more investigation, including reviewing surveillance footage, to be sure, the officials say.

Authorities have yet to provide details on what they think the attackers’ strategy was at the train station.

“The Belgians have been sitting on a ticking time bomb,” one U.S. counterterrorism official said.

U.S. intelligence officials say they weren’t surprised about an attack in Brussels because there have been general concerns about terror threats, particularly in the wake of recent raids and the arrest of key Paris attack suspect Saleh Abdeslam last week.

Belgium has been a top concern for counterterrorism officials for years because of the large number of Belgian foreign fighters who traveled to join ISIS and other terror groups in Syria and Iraq. Many have been returning.

Last Friday, after more than four months on the run, Paris attack suspect Salah Abdeslam was captured after being wounded in a gunfight with Belgium police in Molenbeek. Days later, Belgium and French authorities warned of more attacks.

On March 15, police killed an Algerian, Mohamed Belkaid, during a raid in a Brussels suburb. Prosecutors believe he directed the Paris attackers via calls from Belgium. An ISIS flag was found during the raid.

In January, prosecutors announced they had identified three homes in Belgium used by the Paris attackers. They found bomb-making materials in one of them.

United States: “This is yet another reminder that the world must unite,” President Barack Obama said from Cuba, where he’s on a historic visit. “We must be together regardless of nationality or race or faith in fighting against the scourge of terrorism.”

U.S. security: At Washington’s Union Station, police were pulling random passengers, as they were boarding, to go through luggage security checks. ‎Bomb-sniffing dogs were also out on the tracks doing sweeps.

Authorities in other U.S. cities, including New York and Chicago, are taking special precautions, such as increased K9 sweeps of subways and additional police patrols.

The FBI is also boosting checks on the whereabouts of suspected extremists who are already being monitored and checking for any intelligence indicating possible threats in the United States, officials say.

Additionally, U.S. national security officials are on guard for possible copycat attacks, though there is no specific indication of any plots in the United States tied to the Brussels attacks, officials said.

Britain security: British police have increased their presence at certain locations, including transport hubs such as London’s Heathrow and Gatwick airports, according to Scotland Yard.

NATO security: The alliance is raising its level of alert, it said in a statement.

By Michael Martinez and Anissa Wells

JEFFERSON COUNTY, Mo. – Two De Soto police officers and a former officer have been charged for allegedly attacking a jail inmate back in September.

The Jefferson County Sheriff’s Office says that officers Bethany Zarcone and James Daly are accused of assaulting a man while booking him into the jail.

ST. LOUIS - The operators of the Southside Wellness Center on Park Avenue take steps protect their vans because thieves have stolen catalytic converters there before. When workers arrived at the center on Monday, they were heartbroken to discover they'd been targeted yet again.

ST. LOUIS – Jim Hanifan, who spent most of his life in and around the game of football and became a St. Louis beloved staple as a coach and radio commentator, died Tuesday night at the age of 87.

A cause of death has not been determined. However, Hanifan's daughter told our news partners at the St. Louis Post-Dispatch that his death was not COVID-related.

Shots fired after an Overland accident; suspect in custody

Missouri expected to hit 100,000 COVID cases in November on Thanksgiving

‘Cat Eyes’ may turn your trip to St. Louis Lambert Airport into a visit with police

‘Cat Eyes’ may turn your trip to St. Louis Lambert Airport into a visit with police