ST. LOUIS -A state audit has found that police across Missouri don't know the whereabouts of nearly 1,300 registered sex offenders, including hundreds who fall into the most dangerous category.

Missouri law requires convicted sex offenders to register their name, address and other information with county law enforcement where they live, most often the sheriff's department. The Missouri State Highway Patrol then maintains a publicly available database. Offenders must keep their information up-to-date and notify police when they move.

The audit says 1,259 sex offenders are unaccounted for _ about 8 percent of the nearly 16,000 registered sex offenders in Missouri and blames inadequate enforcement of the registration requirement at the local level.

Lincoln County Sheriff’s Office Lt. Andy Binder said the state mandate to monitor registered sex offenders came with no additional funding.  He said the only way to ensure sex offenders are living where they say they live is to go door to door and check.  He said not every department has the resources to do that.

Lincoln County had one of the best rates of compliance.  Only 2 offenders were found to be non-compliant.  Binder credits the fact his department dedicates funding to a unit tasked with making sure sex offenders are compliant.

He added numbers can be deceiving.  He gave the example of a registered sex offender notifying authorities of a move from one county to another county.

“Some sex offenders say they’re moving into a different county and never go there at all,” said Binder.  “It’s your responsibility to ensure they’re compliant, even though they have never lived a single minute in your county.” 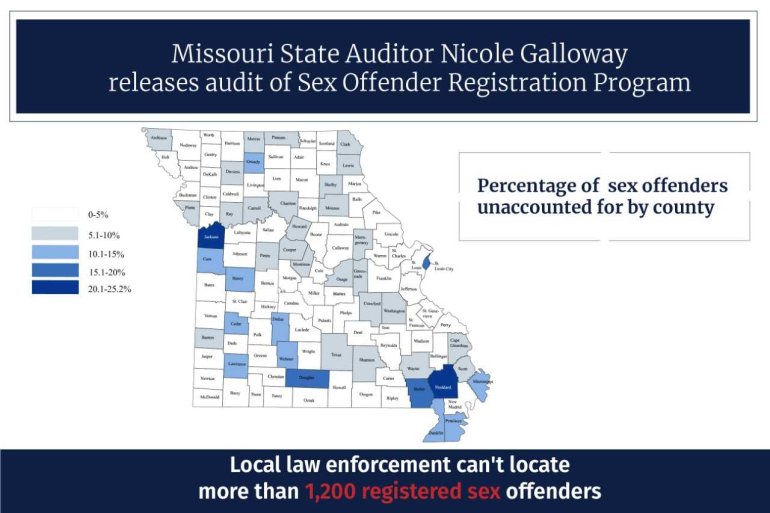